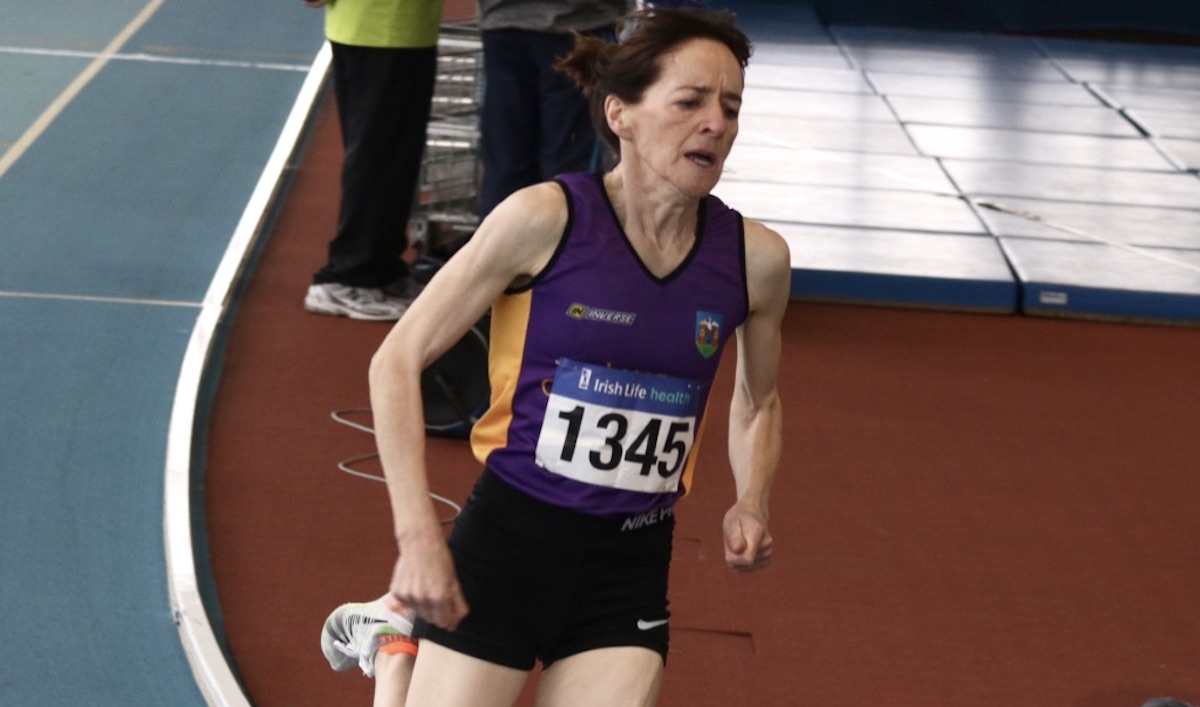 It was an action packed weekend for Irish endurance and Lindie Naughton once again was running non-stop to cover the action for us.

Yared Derese of Carrick Aces took a fine win at the Bohermeen Half Marathon on Sunday (March 8) when he defied the cold and blustery conditions to finish in a time of 63 mins 54 secs. The only athlete attempting to stay with Derese was Kevin Dooney of Raheny Shamrock AC and he was rewarded with a fine time of 64 mins 26 secs.

In Cork, at the Duhallow 10-Mile, also on Sunday (March 8) newly minted Irish citizen Hiko Tonosa of Dundrum South Dublin AC was a clear winner of the race in 50 mins 38 secs. Cillian O’Leary of Raheny Shamrock was second in 51:56 and Tom Lupton of Portlaoise AC third and first M40 in 54:35.

First woman was Linda Grogan of Dundrum AC in Co Tipperary with a time of 62:19. Niamh Cronin of St Finbarr’s AC was second in 65:46 with Sandra Manning of Eagle AC a close third in 65.57.

Letterkenny’s AnnMarie McGlynn was in fine form at the Walled City 10-mile in Derry on Saturday (March 7) where she finished first woman in 57 mins 15 secs. Race winner was Craig Simpson of Foyle Valley AC whose time of 52 mins 14 secs put him comfortably clear of the chasers led by Eoin Hughes of Acorns AC in 53:05.

Winners at the Kinvara 10km, also on Saturday, were Louis McCarthy in 433 mins 26 secs and Julie Kirwan in 39:07, while in the accompanying half marathon David Bohan ran 75:32 for victory ahead of Brian Furey, with Jane Ann Meehan first woman in 83:12.

Another Saturday race was the Simon 5-Mile in the Phoenix Park which had moved from its traditional autumn date and attracted over a thousand finishers. Leading them home was Tim Grummell of Sli Cualann AC in 27 mins 29 secs. Second and first woman was Laura Shaughnessy of Galway City Harriers in 27:33. while third was Robin Mooney in 27:41.

At Quest Kenmare on Saturday, winners of the elite 78km multi-sport race were Sebastian Giraud in 3 hrs 14 mins 10 secs and Ellen Vitting of Trim AC in 3:34.41. The athletes had to run, cycle and kayak their way along the near 50 mile route. Michael Morgan from Summerhill college in Sligo made it three in a row when he won the senior boys’ race at the All Ireland Schools Cross-Country Championships held in Santry in windy conditions on Saturday (March 7).

Morgan, who had won intermediate titles last year and the year before, played a waiting game when Daniel Stone of Belvedere broke away to lead the race by some distance early on, When he made his his move on the third of four laps, he soon caught and passed a tiring Stone.

In an absorbing battle for the minor placings, Conall McClean of DMC Titanic Quarter and Shay McEvoy of St Kieran’s Kilkenny had also passed Stone, while not far behind were Shane Coffey of Naas CBS, Louis O’Loughlin of Moyle Park and Oisin Spillane of Mercy Mount Hawk.

In the end, they finished in that order with Morgan finishing the clear winner in 18 mins 53 seconds, McClean six seconds behind for second and McEvoy just making it to the line in third place after staggering and falling within sight of the line.

For Stone in fourth place there was the consolation of leading Belvedere to a rare senior team victory, with St Malachy’s Belfast second and St Kieran’s Kilkenny third.

Equally tactical was the girls senior race, which was over 3,500m compared to 2000m in the past, and proved a tough challenge. Lucy Holmes of Ard Scoil nas nDeise was the winner in 13 mins 56 secs, followed by Celine Gavin of St Dominic’s Cabra in 14 mins 4 secs, with Holly Brennan of Sacred Heart Drogheda third. Loreto Kilkenny was first team followed by St Angela’s Waterford and St Dominic’s Cabra.

Dominating the boy’s inter race was Abdel Laadjel of Kishogue Community College, who had a clear victory over Matthew Lavery from st Malachy’s and Dean Casey of St Flannan’s Ennis. St Flannan’s was first teams, followed by St Malachy’s and St Kieran’s Kilkenny.

In the girls inter race, Eimear Maher of Mount Anville in Dublin caught early leader Kirsti Foster of Down High School who had looked certain of victory in the later stages of the race and stromed home for the most dramatic victory of the day. Avril Mellerick of Midleton High School was third and Pobailscoil na Trionoide first team ahead of Loreto Mullingar and Down High School.

Doyle and Coscoran battle it out

At the Irish Universities Cross-Country, also on Saturday, at Curraheen, Cork, Cliona Murphy of Trinity College won the women’s title with a good win over Claire Fagan from DCU.

DCU’s Cathal Doyle won a competitive men’s race from man of the moment Andrew Coscoran, also DCU, with just three seconds in it. Paul O’Donnell of UCD was third and Pierre Murchan of NUI Galway fourth. With four in the top six, DCU retained its stranglehold on the title. University of Limerick was a distant second and Trinity College third. Best college overall was DCU followed by Trinity and NUIG. Closing out the BHAA cross-country season was the AIB promotion in the tranquil setting of NUI Maynooth on Saturday (March 7) where Colm Turner of Garda was the winner of the men’s open 4-mile race in 21 mins 44 secs.

He was followed home by Thomas Sherlock from Bank of Ireland with Seoirse Comerford from Cairn Homes third and first M45. In th eteam categoriesBank of Ireland won grade A from Central Bank and Gardai; Teachers won B, Dublin Bus C and Revenue D.

Winner of the women’s 2-mile race was Helen Brouder of Teachers, with Sonya McConnon a close second and Niamh Corby of Revenue third.

The Health group, led by Grainne Butler in fourth place was first team, ahead of Retail and Revenue. In the open 4-mile, Rachel Yorke of VHI was first woman. Next up on the BHAA calendar is the RTE Indoor Mile in the NIA, Abbotstown on Wednesday April 1 (7.30)

Anne Gilshinan of Slaney Olympic AC underlined her status as the world’s best female master middle distance runner when she posted the fastest women’s 800m time of the day at the National Masters Indoor Championships in Athlone on Sunday.

Running in the W55 category, Gilshinan finished in 2 mins 20.10 secs which would have won her the title in any age group from W35 up.

Equally dominant in the men’s M65 400m was multiple world 800m and 1500m champion Gough of West Waterford AC, who only narrowly missed breaking the minute when he finished in 60.04 secs.

Before that happened, Annette Kealy of Raheny Shamrock AC added the W50 title to her already impressive collection with a time of 10:20.43.

Taking the M50 800m title with a time of 2:04.31 was Shane Healy of Metro St Brigid’s AC who has been re-writing the record books for his age group over the past few weeks. He then finished third in the 400m with a time of 57.99 secs.

Cronin cruises it on the hills

A small piece of athletics history was made on Saturday (March 7) when Kate Cronin of Raheny Shamrock was the outright winner of the Howth hill race in Co Dublin. [It’s a fine way to celebrate International Women’s Day – ed.]