From Witham to Hull to Ayr – Boxing Day round-up 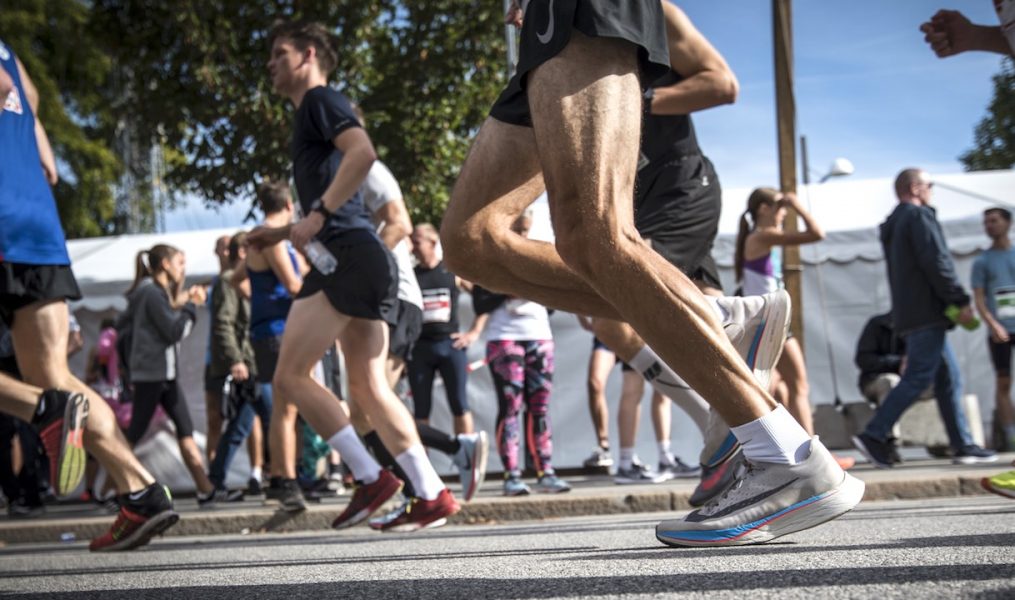 Fast 10k races from youngsters Becky Briggs and Grace Copeland, plus the rest of the Boxing Day action across the UK.

At the Witham Boxing Day 5 on Wednesday (December 26), GB international Jake Wightman was entered but unfortunately had to withdraw, however, the Witham Running Club organised race was still a huge success with all 500 entries selling out.

A small group of about six/seven runners broke away in the first mile including Essex County Road Running Champion Chris Burgoyne of Springfield Striders, but by half way the race was down to just Callum Charleston of Aldershot Farnham and District and Ramadan Osman of Colchester Harriers.

During the second half of the five mile race, Charleston managed to get away from Osman and hold his lead to finish first in a time of 25:15, with Osman second 25:27. David Green of Northampton Road Runners completed the podium in 25:33.

In the women’s race, Hayley Munn of Northampton Road Runners was uncontested in her victory, taking the womens title in 28:58, over two minutes ahead of Laura Shewbridge of Hadleigh Hares who took second in 31:21. Rachel Bunting was third for North Devon Roadrunners in 31:47.

At the East Hull Harriers Boxing Day 10k, 18 year-old Becky Briggs was first female and third overall in a top time of 34:09.

It was the fastest time this year in the UK by an under-20 female athlete and afterwards, Briggs said she was “very pleased to have taken a total of two minutes and 20 seconds from my 10k PB.”

Other results are currently unavailable and will be added once they are released. At the Poole AC organised Round the Lakes 10k, the female winner was another 18 year old endurance athlete in Grace Copeland.

The Wimborne AC runner ran 35:20, ahead of GB international ultra runner Samantha Amend (37:55) and Georgia Wood (38:14), both of whom have been running very well of late.

The men’s winner was 20 year old Piers Copeland in 31:56 and that makes it a pair of victories for the Copeland siblings. The Wimborne AC youth was just five seconds ahead of Daniel Mulryan of Poole Runners in 32:01, while Sam Costly of Southampton AC made up the podium with a 32:51 performance.

Irish international Mitchell won the women’s race in 28:28 ahead of City of Derry’s Breege Connolly (28:52) and Letterkenny’s Caitriona Jennings (29:42).

In Scotland, there were victories for Alexander Wallace of St. Cocas AC and Avril Mason of Shettleston Harriers at the Ayrodynamic Turkey Trot 10k.

Shettleston’s Mason won the women’s event in 35:30 and was well clear of Toni Macintosh (36:55) and Natalie Stevenson (39:20). Special shout out to Garscube Harrier’s 24hr Internationals Marco Consani and Debbie Martin-Consani who both ran well with times of 35:54 and 43:25.

parkrun on Christmas Day means that the results aren’t pinged up too quickly (the volunteers have done their work and need to get back to open their presents) but some of the best results from around the country we could see are below. They may well be rather incorrect and we will update when we know more, but here’s our best effort.

Jake Smith of Axe Valley Runners was in a rush to get back home and have some turkey as he ran 14:48 at Seaton parkrun to post the quickest time of the day. Our best guess is that the quickest female was Danielle Nimmick of City of Norwich AC, who ran 17:11 at her home town Norwich parkrun.

Mohamed Daud Mohamed followed up a 15:05 on Saturday with a 15:07 on Christmas morning, both at Coventry parkrun and Jack Rowe was third fastest male with a 15:09 at Bushy Park. The 2,011 runners attending the home of parkrun was a record and is a beautiful sign of how loved the free weekly time trials are.

Lauren Hall and Morag MacLarty were the second and third fastest females respectively with times of 17:16 and 17:17 so only a second apart.

Fast Running‘s Robbie Britton went down to Huddersfield parkrun where there was an impressive turnout of over 700 people. Hoping for a quick race there was an unknown runner and youngster Luc Burnip, who was celebrating his 200th parkrun on Christmas Day.

“The early speed of Burnip and the other runner was too much for me, but coming around the last bend I gave it one last shot and we all sprinted to the finish together,” said Britton. “The unknown runner was first to the line and Burnip just missed out on his sub 16 minute goal, but achieved a new PB. He’ll definitely go under 16 minutes soon!”

The top 10 UK parkrun times from Saturday can be found here.