From track to ultra – Irish round-up 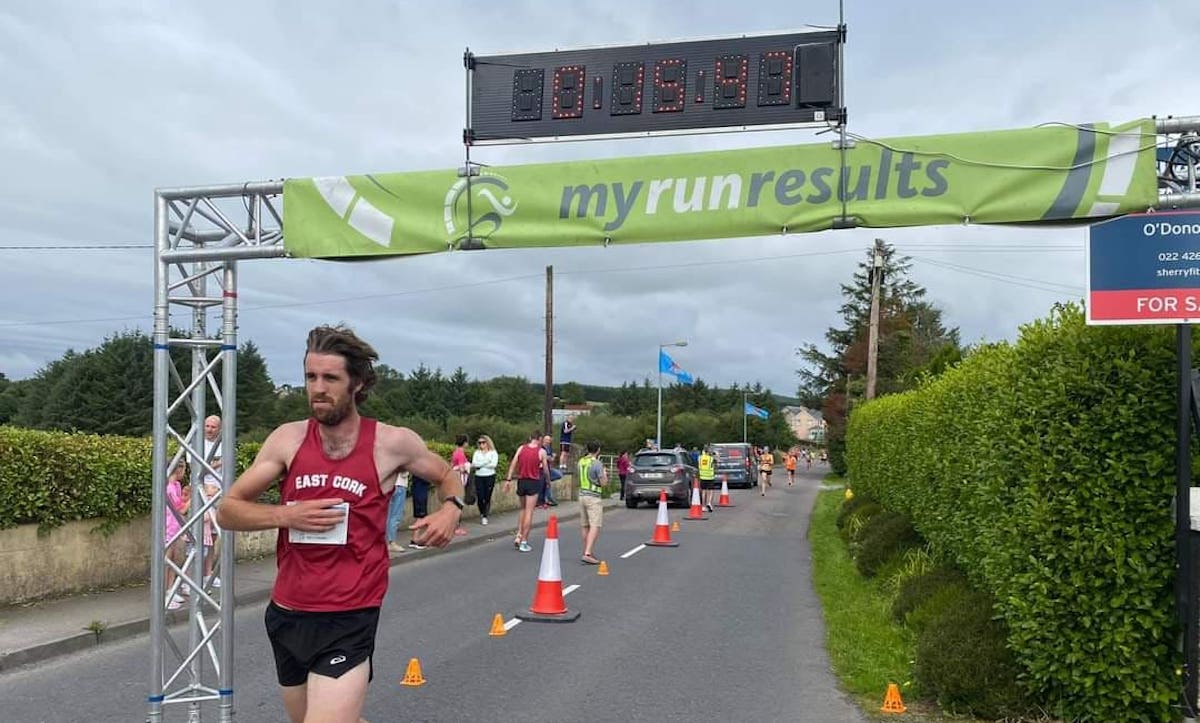 In a busy weekend for Irish endurance running there were performances from the track to 100km that caught Lindie Naughton’s eye.

Sarah Healy of UCD AC smashed her personal best for 3000m when clocking a time of 8 mins 57.04 secs on Thursday (August 19) at the Motonet Meet in Lahti, Finland. Race winner in 8:56.58 was Russian athlete Svetlana Aplachkina.

It’s been a good season for the 20-year-old, who also ran personal best times for both 1500m and the mile this summer and won her second outdoor 1500m title in Santry.

Star trackman of the Northern Ireland and Ulster team at the Manchester International on Wednesday (August 18) was Neil Johnstone of Annadale Striders who won the 5000m in 14 mins 4 secs.

Running a season’s best time of 8:49.74 for third place in the steeplechase was Adam Kirk-Smith of Derry Track Club. In the field, there were wins for Sommer Lecky in the high jump and Ellie McCarthy in the pole vault, while there was also a second place for James Hamilton in the ambulant 1500m; his time was 4:14.99.

Making her NI and Ulster team debut in the women’s 5000m, was Essex-based Hannah Irwin who finished second in 16:11.27. Fast Running writer Irwin then made her half marathon debut at the Big Half on Sunday with a brilliant 73:24 for fourth. Irwin at the Big Half on Sunday. Credit: James Rhodes

A quality race at the annual Bweeng 5km in Co Cork on Sunday (August 22) saw the course records for both men and women fall.

First home overall was Tim O’Donoghue of East Cork AC in 14 mins 29 secs. His clubmate Paul Hartnett won the battle for second place finishing in 14:48, with Denis Hegarty of Watergrasshill AC just two seconds behing for third and Sean Doyle of East Cork AC a second behind again for fourth.

Lizzie Lee of Leevale AC had over a minute to spare when winning the women’s race in 16 minutes exactly. Second was her Leevale teammate Niamh Moore in 17:02, while third was Ciara O’Neill from Clonmel AC in 17:09. At the Termonfeckin 10 mile in Co Louth also on Sunday, Yared Derese of Carrick Aces AC continued his winning street with victory in 49 mins 16 secs. Second in 50:16 was Mick Clohisey of Raheny Shamrock AC, while third was David Patrick Carter from Galway City Harriers.

Niamh Devlin of Dundrum South Dublin AC won the women’s race in 61 mins 52 secs, followed by Karen Costello of Garda AC in 50:16 and Rose-Anna Hoey of North East Runners in 65:38.

Winning the Finn Valley Jubilee 10km on Sunday were Declan Ferry of Rosses AC in 33:09 andNatasha Kelly of the host club in 38:02.

Off the road and onto the trails

At the off-road Run the Trails Mount Stewart in Newtownards on Saturday , Stuart Wilson won the half marathon distance in 81 mins 40 secs. Drew Fowler was second in 82:59 and David Proctor third in 83:38. Excuse the poor photoshop of Lee Maginnis. We needed a landscape picture, but didn’t want to take out the sponsor’s credit. You can barely tell right?

Making it a Ferbane AC double at the second round of the Roscommon Harriers 5km Series on Friday evening (August 20) were Mick Fogarty the overall winner in 15:23, and Jackie Kelly first woman in 20:02.

Cathaoir Purvis of North Belfast Harriers won the 5km at the Loup Run on Wednesday (August 18), in 16 mins 57 seconds. Cormac Carlin of Lifford AC was second in 17:15 and junior athlete Michael McVey third in 19:19. Terri McCallan was first woman in 22:52.

Laura McErlain of Maghera felt Harriers was first women in 34:30, with Leann Whittle of Keep ‘Er Lit AC second in 34:52 and Marsha Abbott of Tafelta third and first W45 in 35:11. Jennings finished eighth overall, beating all the Irish men, in a time of 7 hrs 43 mins 1 sec. Her time knocked over nine minutes off Helena Crossan’s time of 7:52.45 set eleven years ago in 2009.

She had hoped to break the record last January at the invitational Project Carbon X2 event in Chandler, Arizona, but pulled out after 60km.

Jennings already holds the Irish 50k record of 3:19:47 and finished third in the 94th Comrades Marathon in South Africa in 2019.

Overall winner of the race was Chris Richardson of Scotland in 7:00.49. With Scotland taking the first three places, they took the Anglo-Irish plate; Ireland, led by Stephen Connor of Brothers Pearse, was second, with the women winning the title for the first time.

Gareth King of Northern Ireland who was fourth overall in 7:12.30 behind the three flying Scotsmen and took the national title.

Isobel Oakes joined the exclusive club of women who have won a race outright when she came home first at the Seven Sisters Skyline 55km in Dunlewy, Co Donegal on Saturday (August 14).

Oakes from Ballinamore in Co Leitrim came home first of around 148 starters in a time of 7 hrs 41 mins 58 secs, overhauling all the men in the second half of the race. Her time will take some beating having knocked over 40 mins of the previous course record on this new route longer by three kilometres than in previous years. In July, Oakes won the Gaelforce Skyrun.

Second and first man was Alan Kearney from Trim, Co Meath in at 7:49.29. Third and second man was Oisin Brennan who improved from sixth place in 2020 and finished in 7:58.33. Fourth and third man was Niall Farquharson from Belfast taking 95 mins of his 2020 time on this longer route with 8:03:46.

Winner of the amended Sky Challenge Ryan Stewart from Glasgow who completed the 29 km course 3 hrs 40 mins 15 secs. Stewart ran a smart race lying seventh after the first climb, moving up to second at halfway and then kicking on for home.

Ricki Wynne from Drumshanbo in Leitrim, leading the race coming off Muckish, was the man caught by Ryan in the Aghla’s. He finished a comfortable second in 3:47:31. Finishing third in 3:55:25 was Robert Jankowski from Dublin.

First woman in 4 hrs 56 mins 7 sec was Hannah Shields from Derry back in action at last after a serious injury in 2018. Competing in her first mountain race, Shauna McGeehan from Letterkenny, was an impressive second in 5:03:31. Third was Ruth Candon from Dublin in a time of 5:26:30.