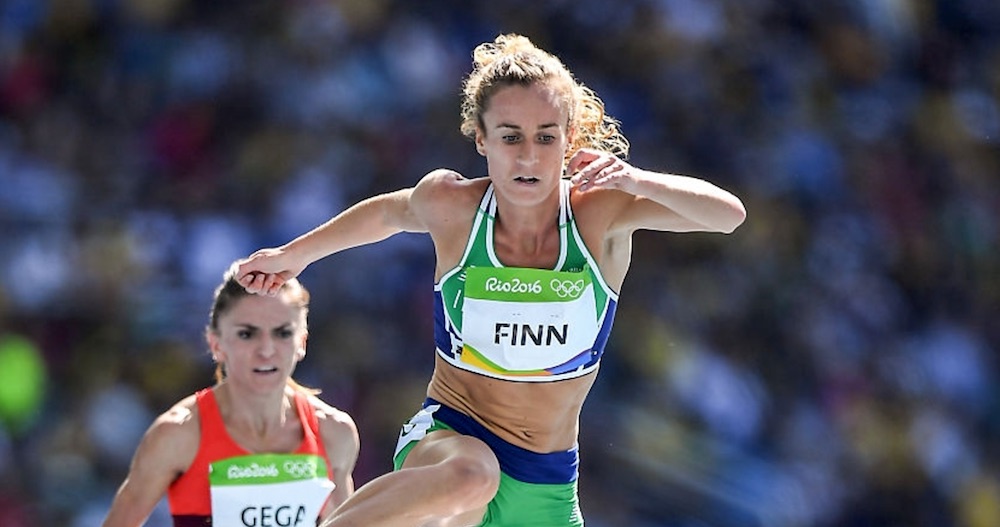 Another weekend of great results for Irish athletes, who have clearly all been working hard over the winter. Lindie Naughton reports.

After the drama over its international permit was resolved, the Irish Milers Club International Meet at the Mary Peters track in Belfast on Saturday (May 29) provided a flurry of fast times and personal bests.

As it has been so far this season the men’s 800m was again the race of the day with only the photo finish separating John Fitzsimons of Kildare AC and Harry Purcell of Trim AC. So close were the pair that although Fitzsimons was declared the winner, they were given the same time of 1:46.53.

Finishing third was Roland Sulis of Annalee AC in 1:46.74. With the weather behaving and conditions perfect, the top six in the race all improved on their previous best times.

In the women’s steeplechase, Michelle Finn of Leevale AC, many times Irish champion, confirmed her status on top of the Irish rankings for another year when she clocked 9 mins 39.44 secs for a clear victory. Fellow Rio Olympian Kerry O’Flaherty of Newcastle and District AC was second in 10:15.84, with Abbie Sheridan of Ardee and District AC third in 11:11.06

Darragh McElhinney of UCD AC clocked an eye-catching time of 3:43.87 to win the men’s 1500m, followed by Cormac Dalton of Mullingar Harriers in 3:46.50 and Sean Donoghue of Celtic DCH AC td in 3:46.68. All three times were career bests; massive ones in the cases of both Dalton and Donoghue.

English visitor Alexandra Bell of Pudsey and Bramley AC proved the class of the field in the women’s 800m winning in 1:58.52.

Narrowly missing sub two minutes for second place was Georgie Hartigan of Dundrum South Dublin AC in a time of 2:00.18, the leading Irish time so far this season. Hartigan is a daughter of former British international athlete Bev Hartigan. Hiko Tonosa of Dundrum South Dublin AC made a winning return to racing with a clear victory in the men’s 5000m clocking 13:36.71.

Andrew Coscoran of Star of the Sea AC was running at the the Next Generation Athletes meet in Nijmegan, the Netherlands, on trhe same day where he won the 1500m. His time of 3: 36.05 saw him go under 3 mins 40 secs for the first time and knock over three seconds off the time of 3:40.79 he ran in 2019.

Fast times over in Manchester

At the BMC Meet at Sportscity, Manchester, also on Saturday (May 29), the durable Eoin Everard of Kilkenny City Harriers, who moved into the M35 class last month, finished second in the A grade 5000m with a career best time of 13:58.47.

In the steeplechase, Jayme Rossiter of Clonliffe Harriers finished second in 8:48.55 and Liam Harris of Togher AC fifth in a personal best 8:57.17.

Two days earlier at the Manchester Invitational, Brian Fay of Raheny Shamrock AC took over eleven seconds off his previous best when clocking 8:33.93 for victory in the steeplechase. His time put him top of the Irish rankings ahead of Rossiter.

Adam Spratt of Annadale Striders was the winner of the 5km at the Champion Chip Ireland 5km and 10km races held at the Down Royal racecourse on Sunday (May 30). First woman and seventh overall was Jessica Craig of North Down AC in 16:48.

Natasha Adams of Letterkenny AC was first woman in 34:09, followed by Claire McGuigan of Lifford Strabane AC in 35.09 and Jane McCann in 37:34. Lee O’Boyle of Mallusk Harriers was a comfortable winner of the men’s 100km title at the Northern Ireland and Ulster 50km/100km Championships held at the North down racecourse on Saturday (May 29).

O’Boyle’s time of 7 hrs 46 mins 37 secs put him seven minutes clear of second placed Matthew Collins of Portmarnock AC who finished in 7:53.41. A distant third in 8:43.21 was Neil Campbell of Mallusk Harriers.

Mary Keenan of Muck Hogs finished best of the women in 10:00.11. Joanne Rice of Navan AC was second woman in 10:10.35 while Sara Mitchell, running her first ultra, finished third overall and second in the championships with a time of 11:48.59

Sixth overall and first woman was Sorcha Loughnane of Donore Harriers in 3:34.31. North Belfast’s Louise Smith was second and first W50 in 3:41.50 and Deirdre Martin of Carrick-on-Shannon AC third in 3:49.19

Winning the 50km relay was Jog Lisburn’s A team of Jordan Lavery, Damian McFall, Hill Ward, Fiona McFall and Karen Wilton in hrs 12 mins 11 secs. Second and third were the North Down A and B teams in 3:15.14 and 3:28.08 respectively.

Irish in the USA

At NCAA West Preliminaries at College Station (26-29 May), Texas, Cathal Doyle of Clonliffe Harriers knocked over two seconds off his previous best for 1500m when recording a time of 3 mins 39.99 secs. In the women’s 800m, Davicia Patterson of Beechfield Harriers ran a time of 2:09.97.

Twin sisters Elish and Roisin Flanagan from Omagh AC finished second and third in the 5000m at the NCAA Division 2 qualifiers in Grand Valley Stadium, Maryland (May 27-29). Eilish finished in 15:50.59 and Roisin in 15:52.80. Race winner was Norwegian athlete Ida Narbovoll in 15:37.50.

Up in the Italian Alps

Zak Hanna, who has recently signed up with the Italian club US Malonno, finished fifth in the Italian Mountain running Championships in Roncone on Sunday (May 30). “Nice to know the shape is decent after so long out from racing hard in the mountains,” he said on Twitter. Zak Hanna continues on from his fie 2020 form in the mountains. Photo Credit: Corsa in Montagna, Track Arena.IT and Marco Guillberti.