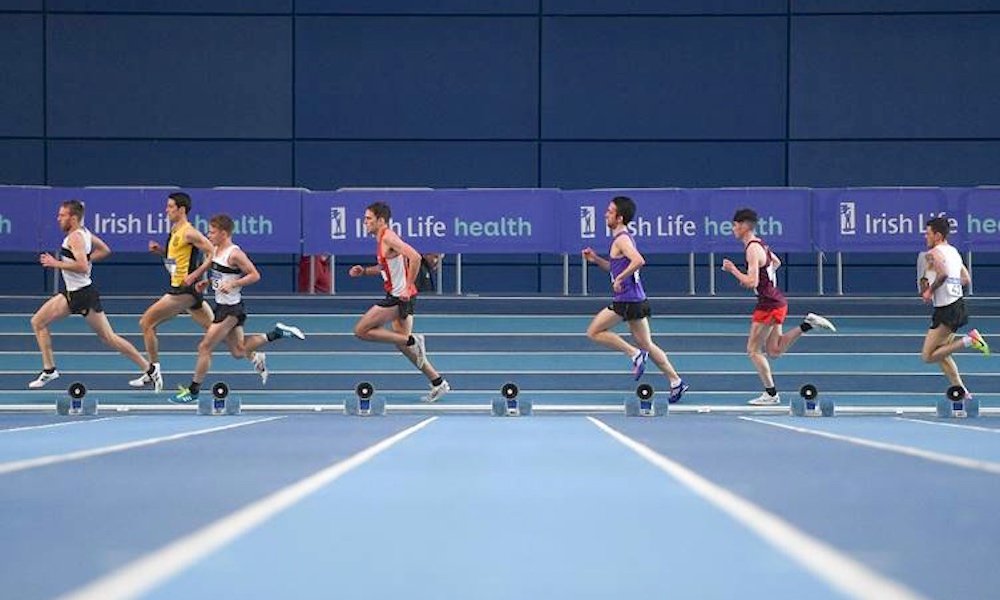 Not a huge amount of action this weekend just passed, but Lindie Naughton looks ahead to the Euro Indoor Champs too.

She attacked from the start, going through 400m in 58 seconds, but faded in the final 50m and finished third in 2:01.55 – the second fastest time of her career. Finishing fourth in 2:05.63 was Louise Shanahan of Leevale AC, who was unlucky to miss out on selection for Toruń.

Meanwhile in a USA, a number of Irish athletes were running at an indoor meet in Kingston, Rhode Island. Alex O’Neill won the women’s 800m in 2:13.38, while in the 3000m, Laura Mooney recorded a personal best time of 9mins 41.39 secs. Ireland is sending a a team of 24 to Toruń, including Mark English and Ciara Mageean who both took bronze medals in 2019.
In his only indoor race this season, English broke the Irish 800m record with a time of 1:46.10.

Unfortunately Mageean has withdrawn from the team.

Not far behind is Nadia Power, ranked seventh for her time of 2:00.98, while ranked eleventh is newly-minted Irish citizen Georgie Hartigan with a time of 2:01.48. All three should make it past the first round at least. The only other top-ten ranked Irish woman is Phil Healy whose time of 51.99 secs puts her fifth for the 400m.

Included on the Irish squad are a number of up-and-coming stars, led by Darragh McElhinney 3000m and Cian McPhillips 800m, both with personal best times this season.