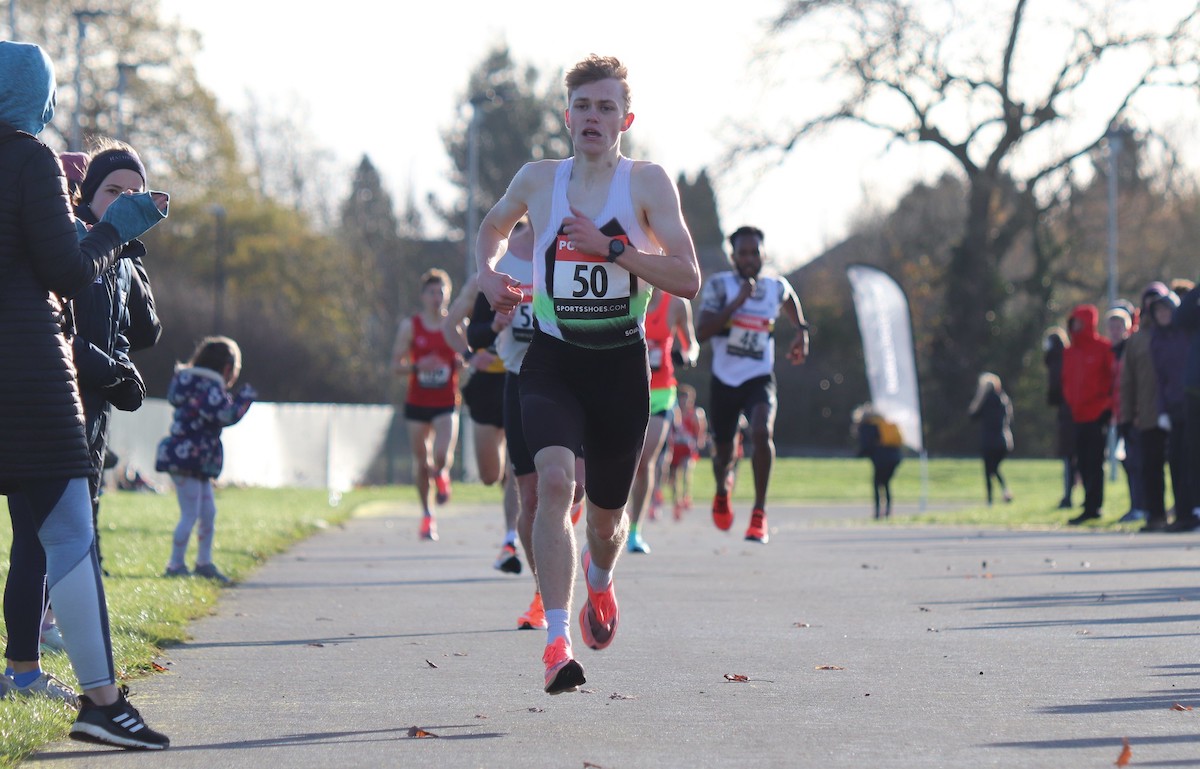 Valencia Marathon always offers great racing and despite being a blustery affair this year, it still delivered. Kenya’s Nancy Jelagat took the lead in the women’s race at 33k and took 14 minutes off her PB to win in 2:19:31.

She ran incredibly even splits of 1:09:41 and 1:09:50 which suggests it wasn’t too much of a stretch for her, despite being a long-fought-for break through (this is her 11th marathon). Geoffrey Kamworor was reportedly planning to go big in this race, but 60k/h gusts of winds forced organisers to rethink the pace groups and the men’s race started conservatively.

Kamworor fell off the lead pack sometime after 10k he nearly caught them up near the end but it was not to be. At 40k there were three men in the running – Cherono, Deso and Kacheran. An exciting finish saw Cherono put his foot down and break away, breaking the tape in 2:05:12.

Valencia often sees a host of athletes from all over Europe out to finish their year on a high and has been the site of many a breakthrough performance. Ireland’s Fionnuala McCormack has to take the spotlight this year with a stunning performance of 2:23:58 which put her in fifth place and beat her previous best by almost three minutes. All the details in our Irish roundup.

That’s after running a pretty hardcore Olympic marathon just four months ago! Hamid Ben Dauod of Spain equalled his country record of 2:06:35 and Amanal Petros who ran a huge German record of 2:06:27. Daniel Do Nascimento was just six seconds of his national record (Brazil) – the 23 year old ran 2:06:11 (thanks to Stephen Mills for highlighting those).

From the UK, Norman Shreeve ran a storming PB of 2:16:17 despite having worked night shifts (he’s a medic) until the Wednesday before the race. That puts him 13th in the UK this year.

Across the pond, Giffock North AC’s Neil Gourlay returned to the track after a significant break and did so with style, setting a Scottish indoor record over 5000m of 13:34.35 at the Boston University Sharon Colyear-Danville Season Opener. The time gives him the qualifying standard for the Commonwealth Games next year.

Back on the roads and tracks of the UK

The Podium 5k made its debut in Leicester this week. Joseph Tuffin (U23) who runs for Rushcliffe AC/ Birmingham beat the wind to break the tape in a PB of 14:29. Michael Ward was right behind him in 14:31 and Frank Baddick third in 14:33.

Samantha Harrison made the most of a local but high quality race to smash out a 15:59 win and take another chunk off her best time. While Harrison had a comfortable lead, the battle for second and thirds was fierce, as Phillipa Stone took second in 16:39, edging out Tessa McComick by just one second. The monthly Ealing Mile took place on Friday and it was host club Ealing Eagles who set the fastest times on the clock – 5:05 for Colin Clifford and 5:26 which was seventh place overall for Melissah Gibson.

Metro Aberdeen’s Proms 3k held along Aberdeen Beach was won by Myles Edwarsd of Aberdeen AAC in 8:31 and clubmate Aimee Tawsee in 11:05

16:01 was good for the win at Darlington Harriers Croft 5k where Liviu Ionita went home with gold. Chloe Price was the fastest lady in 17:44.

The Lindsays District XC Champs took place across three venues in Scotland and after a year off last year due to covid, runners were clearly keen to get out there. Each race offered a display of brilliant Cross Country running.

The West District races were both won by Shettleston Harriers and with large margins thanks to brilliant racing from Fionnuala Ross and Lachlan Oates. Cat MacDonald (Bellahouston) took the women’s silver and Gillian Black (VP Glasgow) the bronze. For the men, a battle for the runner up spots resulted in a second place for Jonny Glen (Inverclyde) and third for Fraser Stewart (Cambuslang). The women’s team gold also went to Shettleston but Cambuslang took it for the men.

In the midlands, the Birmingham League Divison 1 at Abington Park, Northampton saw George Bearmore take first place in 30:46 for Worcester A. In the team results, University of Birmingham took the most points, followed by BRAT Club and Tipton Harriers. There wasn’t a women’s race.

In Luton, Stopsley Common was the site of the Chiltern League mob match. Harry Brodie ran 32:51 to be fastest in division one and add top points to Bedford and County AC. Mary Jones of Olney Runners was the fastest lady in 46:42.

The Red Rose Cross Country League at Rossendale saw Blackburn Harriers top the men’s senior leader board after four races in the series, partly thanks to Luke Betts who ran 34:54 for the win. Rossendale Harriers did win the day’s racing. Accrington are currently top vets team. There are no senior women’s results available.

Micah Evans and Julie Backley were fastest in the M40 and M45 at the Kent Country Vets Championships. Ben Reynolds won M50, Roger Beardsworth the M60, Julian Spencer-Wood M70, Clare Elms was streets ahead in W55, and Elisabeth Batty won the W65.

Elbows were sharpened for the Uxbridge edition of the Met League where Thames Valley Harriers charged home to top the women’s team results, though it was Beth Hawling of London Heathside who ran the fastest time (28:44). Jacob Allen of Highgate was swiftest man in 25:21 and that was enough to help them rank first in the team competition.

Manchester Area League results are yet to be published but will be available here http://maccl.co.uk/results/ . We also await results for the Midlands Women’s League, North Midlands League at Shipley Park, Derby Runner League and a whole host more XC – sorry we couldn’t catch them all!