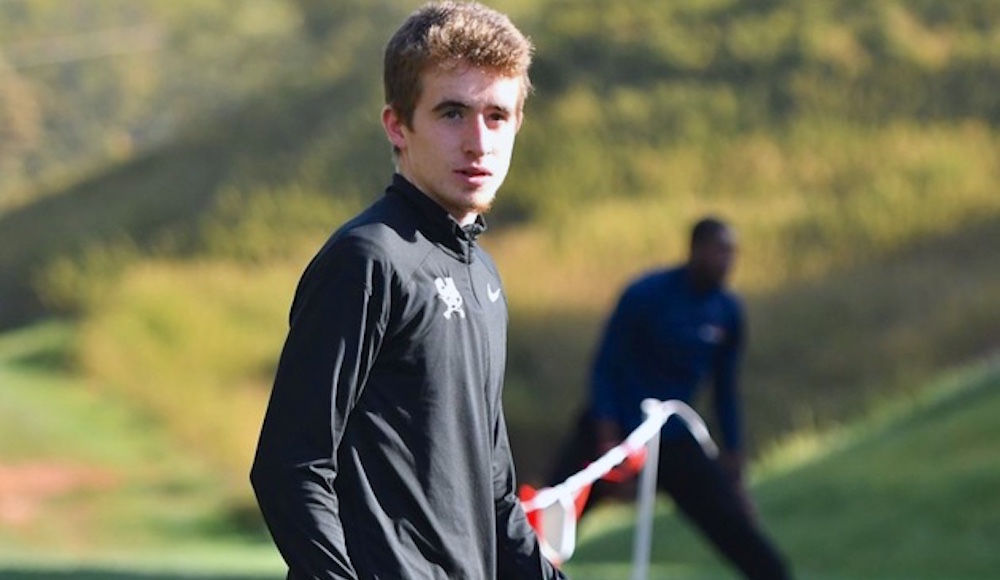 Fearghal Curtin impresses in Florida, Valdas Dolpolkas and Ellen Vitting win in Kildalkey plus a round of the best Irish action over Easter (March 29 – April 1).

Fearghal Curtin of Youghal AC and Charleston Southern College smashed his personal best with a time of 14:02.88 for second in the men’s 5000m at the Florida Relays in Gainesville on Thursday (March 29).

On St Patrick’s Day, a fortnight earlier, Curtin had run a personal best 3:50.05 for 1500m at Charleston SC. That time puts him second on the current European U23 rankings, one place ahead of Kevin Mulcaire of Ennis Track who ran 3:50.25 in Fayetteville on March 25. Leading the rankings is Britain’s Matthew Hardin with 3:47.47 run in Atlanta on March 17.

In February, running indoors for the first time at the Commodore Invitational in Nashville, Curtin knocked almost ten seconds off his previous best for 3000m with a time of 8:17.06.

The former Midleton CBS student is in his first year at Charleston Southern University in South Carolina.

He impressed many with his front running at the Irish championships at Abbotstown last November, where he just lost out on a medal. A few weeks later, he finished 22nd and best of the Irish in the junior race at the European Cross Country Championships.

Also running in Gainesville were Siofra Cleirigh Buttner of Dundrum South Dublin who ran 2:05.13 for seventh in the elite 800m and Trim AC’s Harry Purcell who won his heat of the men’s 800m in a time of 1:49.81. Both are students at Villanova.

Valdas Dolpolkas who has recently transferred to Clonliffe Harriers proved the class of the field at the annual Fr Murphy Easter Sunday 10km in Kildalkey, Co. Meath.

First woman was Ellen Vitting of Trim AC in 39:27. The race doubles as the Meath Championships with Bohermeen taking the women’s team prize and Dunboyne AC clear winners of the men’s title.

Dunboyne’s Peter Somba won the Streets of Naas 5km in 15 mins 22 secs. Clonliffe junior athletes Efrem Gidey and Sean O’Leary were second and third in 15:30 and 15:35.

First woman was Michelle Cox of Newbridge AC in 18:11.

First man home for the Naas AC Streets of Naas 5km did it in 15min 22sec 😳 #Naas #Sheena pic.twitter.com/9ri4N3omtF

David Murray won the Lough Boora Half Marathon in Co. Offaly in 75 mins 4 secs. Making it a Tullamore Harriers double was Pauline Curley who was fifth overall and first woman in 83:41.

Michael Harty of East Cork AC, running his first race since last August, beat Brian Maher of Kilkenny City Harrier in a sprint for the line at the Streets of Kilkenny 5km on Thursday evening (March 29).

On Saturday at the Beragh 5 mile road race in Co. Tyrone, City of Derry’s Declan Reed won the men’s race in a time of 25 min 20 secs, with Derry Track Club’s Marina Murphy taking the women’s race in 30:53.