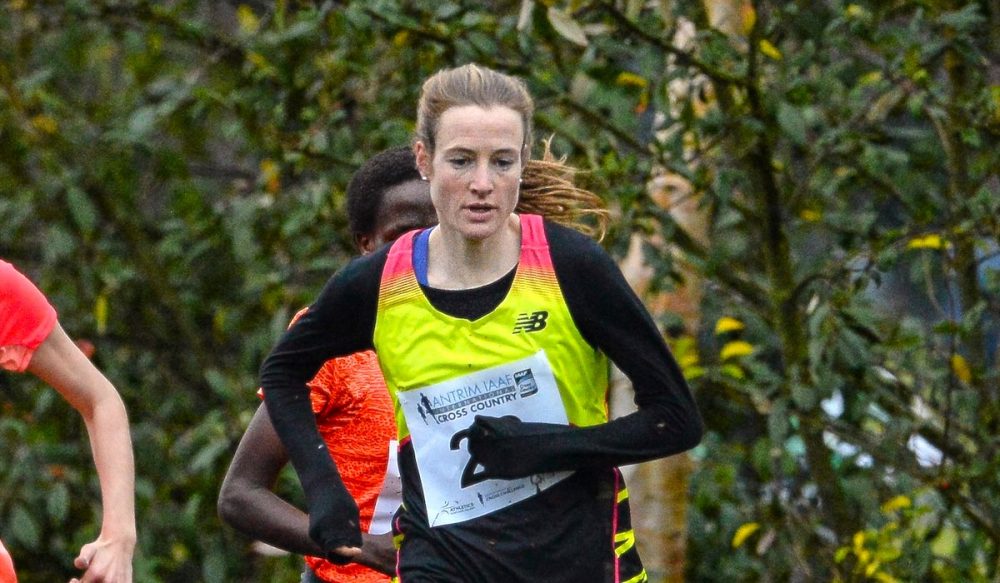 It’s Armagh International race week, but that wasn’t the only place we saw some fast running, with Barcelona, Spain providing some highlights too.

Fionnuala McCormack of Kilcoole AC produced the Irish performance of the day at the Barcelona Half Marathon on Sunday (February 16) when finishing 11th woman in 71 mins 41 secs.

Ann-Marie McGlynn of Letterkenny AC was not too far behind in 72:13, followed by Fionnuala Ross of Armagh AC in 74:58 and Barbara Sanchez of Clonliffe Harriers in 76:31. First woman was Ashete Bekere of Ethiopia in 66:37.

In the men’s race John Travers of Donore Harriers clocked 64:43, Eoghan Totten of Newcastle AC 65:00, Eric Keogh of Donore Harriers 65:19, Conor Bradley of City of Derry Spartans 65:36, and Thomas Hayes of Kilkenny City Harriers 66:03. Victor Chumo of Kenya was the race winner in 59:58. At the Glenmore 10-mil in Ballybofey, Co Donegal, also on Sunday, Eoghan McGinley of Letterkenny AC overcame Storm Dennis and over 500 other competitors to win in 55 mins 8 secs – an exceptional time in Sunday’s adverse conditions.

Best of the Irish in the men’s 5km at the Armagh International road races on Thursday (February 13) was Matt Bergin of Dundrum South Dublin AC who finished sixth in 13 mins 47 secs.

Charlie O’Donovan of Leevale AC and Villanova went under four minutes for the first time at the David Hemery Valentine Invitational in Boston on Saturday (February 15). O’Donovan finished fourth in the race with a personal best time of 3 mins 58.95 secs.

At the Athlone International Grand Prix on Wednesday (February 12), Ciara Mageean of City of Lisburn AC improved her personal best to 8 mins 48.28 secs when winning the 3000m in front of a packed crowd. The time puts Mageean at No 3 on the Irish all-time indoors list behind Mary Cullen and Sonia O’Sullivan.

In his first race of the year, 400m hurdler Thomas Barr of Ferrybank AC ran a PB of 46.44 secs for third in the 400m behind Tony van Diepen of the Netherlands and three times indoor world champion Pavel Maslak of Poland, the three time world Indoor Champion.

Winning the mile was Ethiopia’s Samuel Tefera 3:55.9. For second place, Raheny Shamrock’s Brian Fay was agonisingly close to the four minute barrier with a time of 4:00.77.

A day earlier, at the NIA Live meet at Abbotstown, Anne Gilshinin of Slaney Olympic AC set a W55 world record time of 5:13.90 for the Mile. Gilshinin was recently named world middle distance master athlete of the year.

At the Glasgow Indoor Grand Prix on Saturday (February 15), Nadia Power of Dublin City Harriers AC, finished seventh in the 1000m with a time of 3 mins 41.99 secs. Scotland’s Laura Muir was the race winner in 2:33.47.

On the cross country

Bronagh Kearns of AXA XL was a clear winner of the women’s 2-mile ALSAA BHAA Cross-Country held in stormy conditions at the ALSAA grounds, Dublin Airport, on Saturday (February 15).

Winning the men’s 5-Mile was Sean Doran of Harrier Products in 31 mins 17 secs. Ciaran McCarthy was second in 32:50 and Stephen Kelly of Express Side Gates third in 33.18. Next BHAA races is the inaugural Central Bank cross-country at Wesley College, Dundrum on Saturday next February 22 (11am). In all, four Meet and Train races, all over two miles, took place this winter, with teams divided into four grades. A fun run and prize-giving hosted by Sportsworld is scheduled for Sunday March 8 (11am).