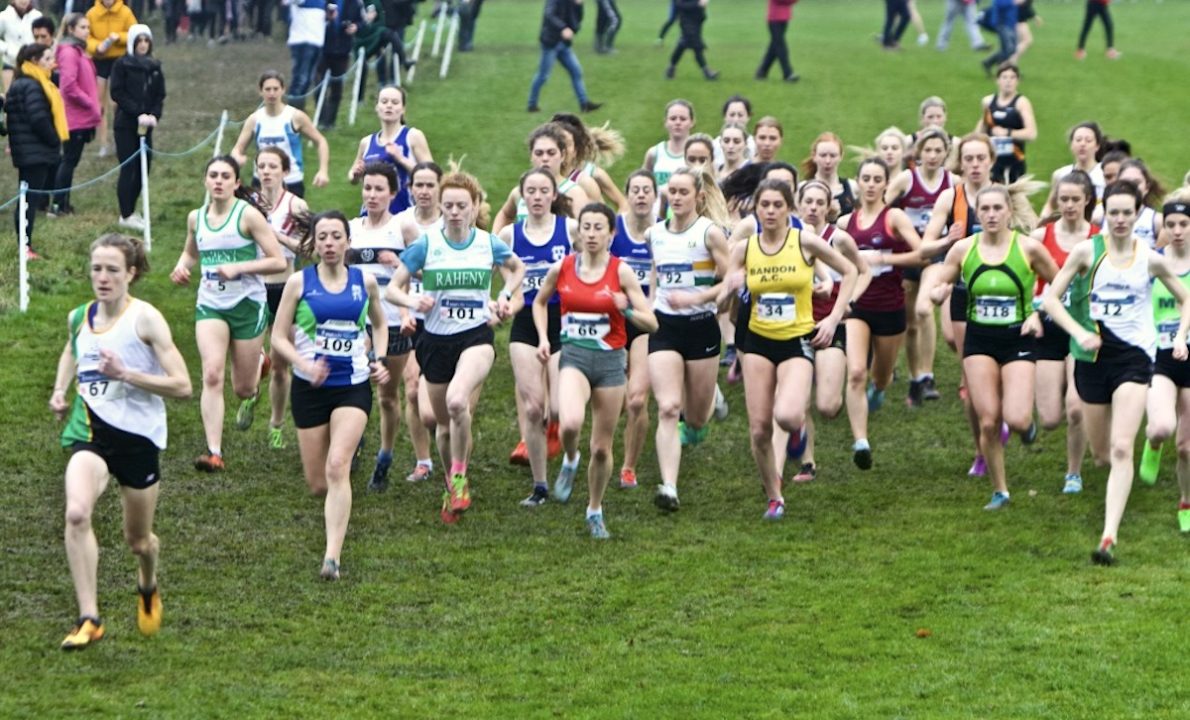 The main focus of the weekend was at the All Ireland Cross-Country Championships where fierce competition saw some of the best of Irish distance runners battle it out.

Fionnuala McCormack of Kilcoole AC proved that she is the undisputed queen of Irish cross-country when she raced away from the rest of the field to win her ninth national title at the All Ireland Senior Cross-Country Championships in Abbotstown, Co Dublin on Sunday (November 23).

McCormack’s younger sister Una Britton helped create a small piece of Irish athletics history when she finished third; it was the first time a pair of sisters had finished in the medals at the national cross-country race. “It’s a great day for our family and for the club,” said Fionnuala.

Finishing second was Mary Mulhare of Portlaoise, who is in the form on her life this season. With Britton, she had passed Fionnuala Ross of Armagh AC and Michelle Finn of Leevale who had led the chasing pack in the early stages of the race after McCormack broke away. Not competing was the defending champion Ciara Mageean of City of Lisburn AC.

Finn in fifth place was helping Leevale AC successfully defend the team title they won last year. A close second was North Down AC, while third was Mullingar Harriers. First of the U23 athletes was Sorcha McAllister of Westport AC. Far closer was the men’s senior 10km race where Liam Brady of Tullamore Harriers was the winner. Brady, a junior and U23 champion in the past, had shown good form at the Autumn Open where he led the race in the early stages but was hauled in as the race progressed.

This time, he took over in front midway through the race and was forced to dig deep on the final lap when he held off the challenge of Brian Fay from Raheny Shamrock AC, who was second and also first U23. Clonmel’s Sean Tobin, after battling injury for the past few months, finished third.

“I was genuinely getting worried when I heard everyone egging Brian Fay on. It’s fantastic and a relief to have it finally in the bag,” said an emotional Brady after crossing the line. “I had to make myself hurt. I had to bury myself. If I ran myself into the ground, I had to get up and do it again,” he said. “My dad gave me a piece of advice before I went out. He said just stay going until the end, I’ll have an ambulance waiting for you.”

An impressive winner of the girls’ U18 title earlier in the day was Eimear Maher of Dundrum South Dublin AC. Under 16 winners were Dara Donoghue of Lucan Harriers and Catherine Martin of Loughview AC.

Conall Kirk and Eskander Turki made it a home double for host club Annadale Striders at the Malcolm Cup Cross-Country held on Saturday (Nov 24) at Sixmilewater Park, in Ballyclare, Co Antrim. The pair ran together for much of the race with Kirk finishing in 21 mins 27 secs and Turki two seconds behind for second. Third was Luke Dinsmore of Springwell Running Club in 21.45. Fourth and first U20 was Oisin Cassidy of St Michael’s in 21.57.

Winning the women’s race was Robyn McGee of Dromroe AC in 18 mins 4 secs. Natalie Hall of Armagh AC was second and first W35 in 18.08 and Hannah Gillilland of Willowfield Harriers third in 18.20.

Up in those hills

Mark Stephens of Newcastle AC was a clear winner of the Powerscourt Ridge mountain race in Co Wicklow on Saturday (November 23 ) – the final major race of the Irish hill running year.

Stephens finished the 16km race in 76 mins 26 secs, with orienteer Conor Short of Currgah Naas OC a distant second in 78.35 and George Snee third in 79.36. Finishing fifth and first M50 was Tom Blackburn of Mooreabbey Milers AC in 81.50.

First woman in 99 mins 9 secs was Anna Simkovics. Rosy Temple was second in 1:43.17 and orienteer Eadaoin McCavana of Great Eastern Navigators third in 1:43.44.

Stephanie Cotter of West Muskerry AC and Adams State won the women’s 6km race by 24 seconds at the NCAA Div II Cross-Country in Sacramento, California on Saturday (November 23). Her time of 19 mins 15.5 secs was a meet record and gave Adams State its first win since since 2012. Sisters Eilish and Roisin Flanagan, both of Tyrone club Carmen Runners AC, finished second and third to give the “Grizzlies” a clean sweep of the top three placings.