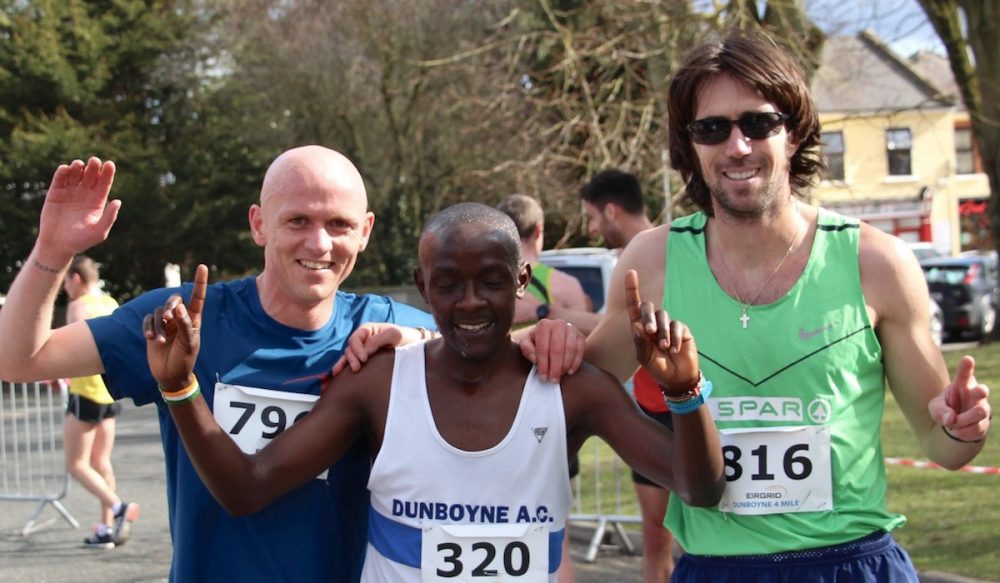 At the Dunboyne 4-Mile on Sunday (March 25), the men’s race came down to a sprint for the line with Dunboyne AC’s Peter Somba making it first ahead of Raheny Shamrock’s Mick Clohisey, William Maunsell of Clonmel AC and Rathfarnham’s Sean Hehir.

Somba’s winning time was 18 mins 40 secs, with only six seconds separated the four.

Ide Mac Dhomhnaill of Donore Harriers crossed the line in 22 mins 5 sec, with Fiona Kehoe of Kilmore AC and Ashley Ryan of Civil Service Harriers 12 seconds behind for second and third and given the same time of 22:18. 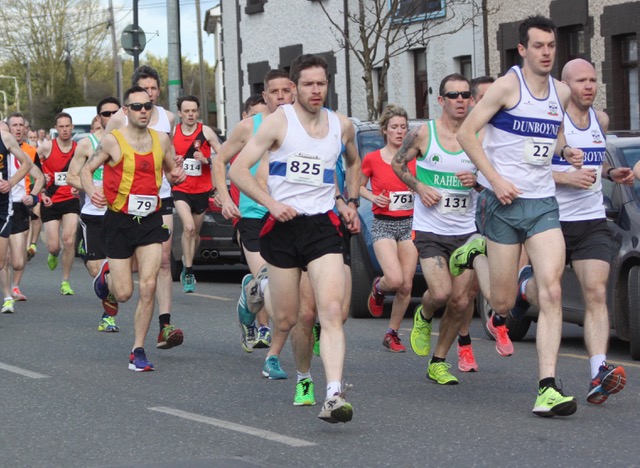 Team winners were the Clonliffe men and the Civil Service women.

At the Hyde Park Spring 10km in London, Letterkenny’s Ann Marie McGlynn was not only first woman but the overall winner as she led home a field of 594 finishers.

Her time of 33 mins 50 seconds saw her finishing 34 seconds clear of Stuart McDougall from Fulham Running Club and more than five minutes clear of Olivia Sadler of Bristol and West AC, who was second woman.

It was a City of Derry AC double at the Larne Half Marathon, with Mark Long and Breege Connolly taking the wins. Long won the men’s race in 69:22, with Olympian marathoner Connolly sealing the women’s title in 77:52.

Lizzie Lee and Paul Pollock were the first Irish finishers at the World Half Marathon Championships in Valencia on Saturday (March 24) and you can read all about it here.

A second place for the inter boys’ team proved the highlight of the Irish performance at the SIAB Schools International Cross-Country in Wollaton Park, Nottingham on Saturday (March 24).

Although English athletes took the top eight places in the race, the Irish team packed well behind them to finish second ahead of Wales and Scotland. 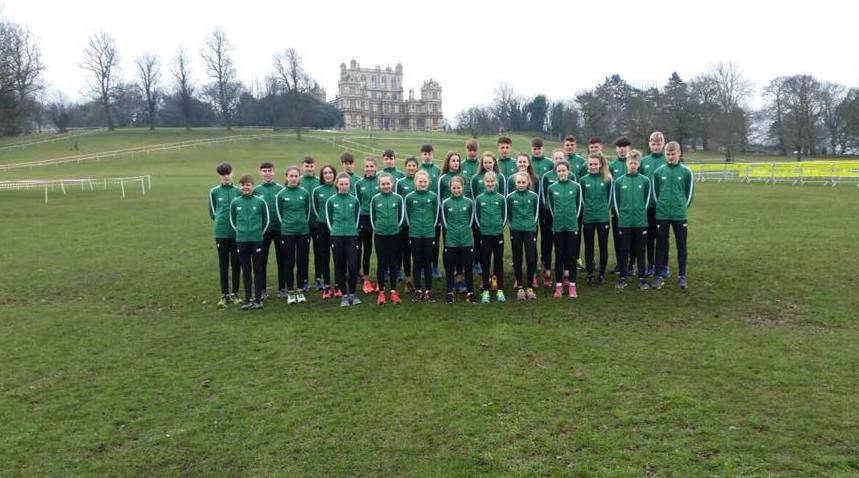 The Irish junior and inter girls’ teams both finished third and the junior boys fourth in races all won by England.

In Athlone on Day three of the Juvenile Indoor Championships, Rhasidat Adeleke showed that she’s currently in a class of her own when she won her 200m heat by the length of the finishing straight in a time of 23.98 secs.

That breaks Ciara Neville’s 2015 record of 24.01 secs and is not far off her own Irish junior record of 23.80 secs set last January in Athlone.

It was deserving for the hard work she has put in this winter with an exceptionally talented young sprint squad at Tallaght AC. Adeleke opted out of the final which was won by Caoimhe Cronin of Le Cheile in 25.21 secs.

A new Under 17 boys’ championship best performance of 1:52.67 for Cian McPhillips of Longford AC was the pick of the day’s 800m races. McPhillips totally dominated, leaving the chasers almost ten seconds adrift.

Dior Laval of Dooneen AC was second in 22.63 secs and Robert McDonnell of Galway City Harriers third in 22 69 secs.

There was another championship record of 24.40 secs for Lauren Cadden in the U19 girls’ 200m final, while Awa Fane of Mullingar Harriers won the U18 title in a personal best 24.95 secs.

When it came to the 60m hurdles, Ella Scott was the toast of her club Leevale after winning the girls’ under 15 60m hurdles in a time of 8.78 secs which was a new championship record.

Appropriately for the club which produced Derval O’Rourke, Leevale dominated the hurdles with Lucy-May Sleeman second behind Scott in the U15 girls, and other winners including Emily Wall U17 girls, John Cashman U13 boys,in a championship best time, Harry Nevin U15 boys and Wymin Sivakumare U17 boys

In the field, Athenry’s Liam Shaw won the boys’ U14 shot with a 14.31m effort, while Jack Barnett of Templemore AC proved best of the U16 boys with 14.26m.. Kotryna Pacerinskaite of Fanahan McSweeney AC came out on top in the U14 girls’ shot with 12.26m.

At the European Masters Indoors in Madrid, which concluded on Sunday afternoon, a strong Irish team took a total of 29 medals, eight of them gold.

Star of the team was the current Irish senior shot put champion and Irish indoor record holder Sean Breathnach of Galway City Harriers, who turned 39 a few weeks ago.

Breathnach won the men’s over 35 shot with one super 18.06m effort in the fifth round after an earlier throw went out of the area and close to the stands.

Two days later, he proved the class of the field in the discus with his winning throw of 47.46m putting him over five metres minutes clear of the second placed athlete Pavel Kudez of the Czech Republic.

Another double winner was West Waterford’s Joe Gough, who is perhaps the most be-medalled of all Irish master athletes. Now competing in the M65 age group, Gough won both 800m and 1500m titles in Madrid.