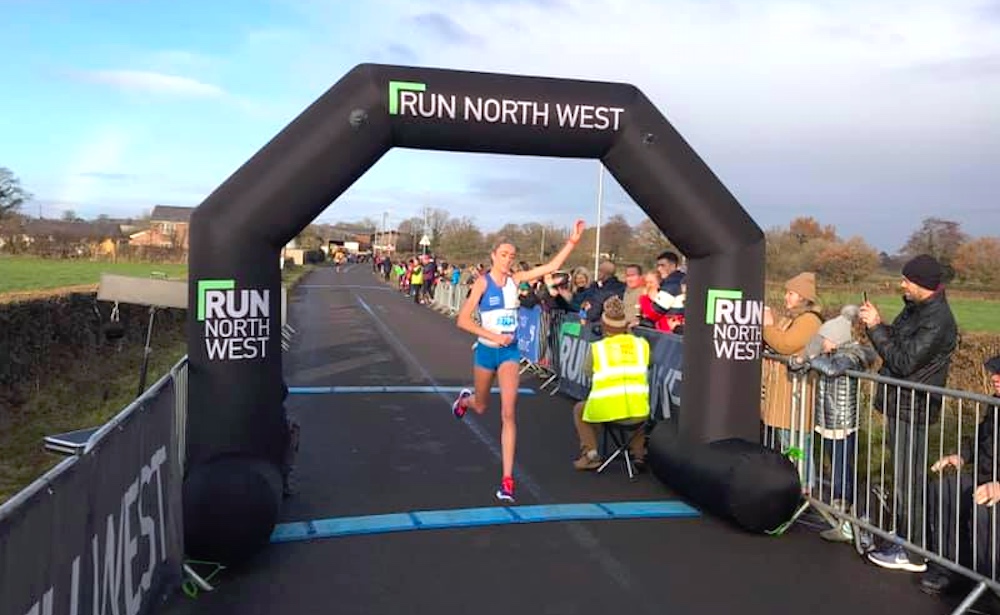 McColgan celebrated her birthday in style winning the women’s race in a course record time of 32:39.

The European 5000m silver medalist was eighth overall, while Sale Harriers Manchester Rowlinson was first over the line in 31:36.

McColgan, who tops the UK 10k rankings this year after her superb 31:53 run in Doha in January, finished 50 seconds ahead of Bristol & West AC’s Kate Reed.

British Olympian Reed clocked 33:29 as she continues her comeback after years of injuries and operations, while Southampton’s Louise Jackson completed the women’s podium in 35:07.

For the men’s race winner, Rowlinson, it was a big personal best and his first time under 32 minutes. In the women’s race, Burgin was first across the line in a time of 29:05 (chip time 29:01), finishing over a minute ahead of second placed Sophie Delderfield of Vale of Aylesbury.

Nick Martin was the commanding winner at the Doncaster 10k on Sunday crossing the line first in 30:57. Rotherham Harriers’ duo Arron Larkin and Lee Milburn completed the men’s podium.

City of York’s Emma Ballantyne won the women’s race in 36:52 ahead of Keri Pearson and Sophie Darling.

Cardiff AAC’s Matt Clowes just missed out on the course record at the Cheddleton 10k on Saturday (November 24) as he stormed to the win in 30:52.

Clowes, who grew up in the village, was hoping to break the record set by Clifton Bradley many years ago. The men’s runner-up was Charnwood AC’s Mark Couldwell in a time of 54:20 ahead of Notts AC’s Jarratt Perkins in 54:39.

City of Stoke’s Michelle Ross-Cope was second in the women’s race in 60:53, with Derby AC’s Veleska Willis completing the top three in 64:11.

Rob Danson won the men’s race at the Wesham 10k on Saturday in a time of 32:23. Danson had a two minute gap on second, his Wesham Road Runners club mate Gareth Booth. V60 athlete Jill Jefferson of Red Road Road Runners was the first woman in 42:16.

Pontypridd Roadents Samuel Richards won the men’s race at the Wiltshire Half Marathon on Sunday in a time of 71:12, while George Gurney and Chris Roxburgh completed the top three.

In the women’s race, Clevedon AC’s Francesca Rawlings took the honours in 86:25 ahead of Nina Wagstaff and Catriona Ward Sell.

North Derbyshire RC’s Richard Start was first across the finish line at Derbyshire’s Clowne Half Marathon in a time of 74:09, while Rosie Haddock was the first woman in 87:05 (chip time).

Dorset Doddlers’ Iain Trickett won a close race at the Boscombe 10k in 34:08 with only six seconds separating the top four men. Bournemouth AC’s Emma Caplan won the women’s race in 39:07 ahead of Diana Leggott.

At the Manchester Road Race in Connecticut, USA on Thursday (November 22), Andy Butchart continued his return from injury with a 21:45 clocking over the 4.7 miles course to finish third.

The popular Thanksgiving Day race was won by Edward Cheserek in a course record 21:16.

Charlotte Arter and Ross Millington claimed the victories in the senior races at the Liverpool Cross Challenge at Sefton Park on Saturday.

With athletes battling for places on the British senior, under-23 and under-20 teams for next month’s European Cross Country Championships, the competition was fierce as expected.

The full report from Liverpool can be found here.

City of Norwich athlete Iona Lake ran 17:06 at Norwich parkrun to record the fastest women’s time across the UK on Saturday, while Ewan Cameron, Jonathan Cornish and Ronny Wilson all ran 15:18 to share the men’s top parkrun spot.