Diver runs an excellent 69:32 for half marathon – Irish round-up 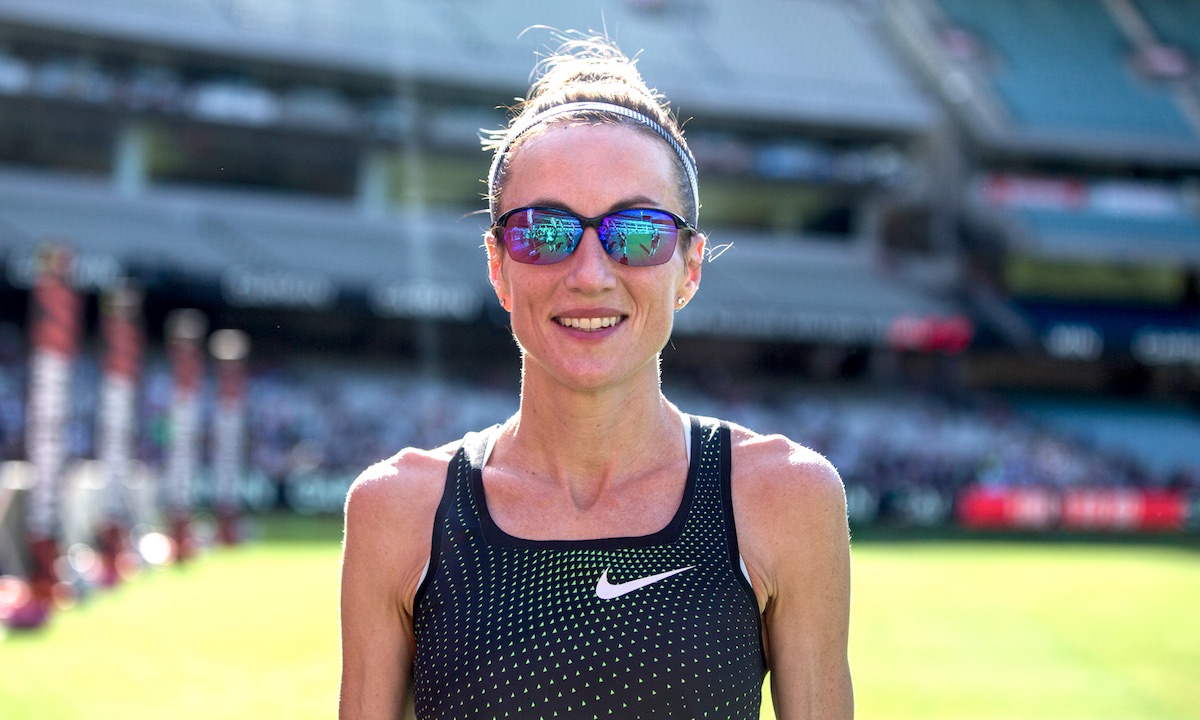 Mayo native Sinead Diver, who will run in the marathon for Australia in next year’s Tokyo Olympics, clocked a time of 69:32 for sixth place in the Great North Run on Sunday (September 8).

Diver’s time was quicker than the 69:45 she ran at the Gold Coast Half Marathon last month and not far off her personal best of 68:55 run in Marugame, Japan in February. Race winner, with a quickest half marathon by a female runner of 64:28, was Brigid Koskei of Kenya. The GNR course isn’t record eligible.

Earlier this year, Diver led the women’s race at the London Marathon for the first hour eventually finishing seventh in a personal best 2:24.11.

Locally, Mick Clohisey of Raheny Shamrock, who has recently become a dad for the first time, was the winner of the Lucan 5-Mile also on Sunday.

Clohisey was the class of the field winning in an untroubled time of 24 mins 12 secs. He will defend his Irish marathon title in Dublin next month. A distant second in 25 mins 55 secs was Sean Doran of Clonliffe Harriers, with Mark Ryan of Rathfarnham WSAF AC third and first M40 in 26:06.

Running her first race for some time was mountain runner Sarah McMahon (formerly Mulligan) of Dundrum South Dublin who finished in 31:25. Lucan’s own Aoife Coffey was second while in third place, Jill Horan led Civil Service Harriers to team victory over Lucan Harriers and Celbridge AC.

Celbridge was first of the men’s teams by some margin with Lucan Harriers second and Polish Runners Club third.

On Saturday (September 7) Sean Hehir, who is between clubs at the moment, showed a welcome return to form when winning The Lakes 10km in Blessington.

Hehir’s time of 30:21 put him eight seconds ahead of Tomas Fitzpatrick from Tallaght AC, who finished in 30:29. Finishing third was Eric Keogh of Donore Harriers in 31:17.

First woman was Sinead O’Connor of Leevale AC in 34:58. With Mary Mulhare of Portlaoise AC second in 35:59 and the pair tied on points coming into the race, it meant O’Connor ended up overall winner of the KIA Series, winning the use of a KIA car for a year.

Topping the men’s rankings for a second year , with five wins in the nine race series, was Hiko Tonosa of Dundrum South Dublin AC who finished sixth in Saturday’s race. Since Tonosa doesn’t drive, the year’s use of a car again went to Eric Keogh, with a second, three third places and a fourth. Masters winners were Paul Fleming of Rathfarnham WSAF and Caroline Donnelly of Edenderry AC.

On the same day, Colm Rooney beat his Clonliffe clubmates Efrem Gidey and Ian Guiden with just five seconds between the three at the Shamie Weldon 5km in Ardee. Rooney’s winning time was 14:35, with Gidey three seconds behind in 14:38 and Guiden two seconds behind again in 14:40. Laura McDonnell of Tallaght AC was first woman in 17:59. Laura Mathews of North East Runners was second and Pamela Howard of Drogheda and District.

Ciaran McGonagle of Letterkenny AC in 1 hrs 51 mins 57 secs and Emma Kenney of Ferbane AC in 2:08.21 were the winners at the inaugural Ireland West 3/4 Marathon also on Saturday, while in Ferns, Freddy Sittuk was the winner of the Mick Murphy 4-Mile. A close second in 19:50 was Ger Ford of Slaney Olympic AC with Cian Kelly of St Abban’s AC third in 20:28. First woman was Fiona Kehoe of Kilmore AC in 23.32,. Catherine O’Connor of Sli Cualann AC was second in 24.02 and Nicola Murphy of United Strider third in 26:17.

In Co Antrim, Russell White of Dromore AC out-sprinted John Black of North Belfast Harriers for victory at the Larne 10km again on Saturday. His time was 32.33, with Black just a second behind. First woman and first W50 in 41:09 was local athlete Penny Lindsay of Larne AC.

Andrew Annette of Cirdan Imaging won the City Inspire corporate 5km held in Belfast on Thursday (September 5) in 15:38. Ed McGinley, representing Graham, was second in 15:54 and Eoin Mullan of Instil Software third in 16:05,. First woman was Ita Monaghan of KPMG in 19.22. Close to 600 completed the race.

Leading home over 4,000 finishers at the Corporate 5km Team Challenge in Dublin’s Docklands on Wednesday evening (September 4) was Peter Arthur of Aviva Ireland in 15 mins 34 secs. Ex-Irish race walker Colin Griffin of Sports Surgery Clinic was second in 15:42 and Brendan Murphy of McCann Fitzgerald third in 15.50. First woman was Jill Hodgins of Goodbody in 17:33. Ciara Brady of KPMG was second in 18.56 and Catherine Thornton of AIB third in 19.21. Last finishers took 69 mins 54 secs in this event.

Although Thomas Barr and Ciara Mageean are the only Irish track athletes selected so far for the World Athletics Championships in Doha at the end of the month, Michelle Finn of Leevale AC improved her chances of selection when finishing a fighting second in the 3,000m steeplechase at a meet in Andujar on Friday (September 6).

Finn, chasing the Doha standard of 9 mins 40 seconds, clocked 9:44.91 to finish second behind Kenyan winner Daisy Jepkemei. After running a personal best 9:41.23 in Finland last month, that may be enough to win her selection.

There was disaster for Finn’s fellow Rio Olympian Kerry O’Flaherty of Newcastle AC who was barged from behind at the second barrier, landed awkwardly, and ended up with a broken bone in her foot. O’Flaherty, who has been dogged by stomach problems all summer, was making a last-ditch attempt to qualify for Doha.

At the same meet, Mark English of UCD AC dropped out of the men’s 800m. Like Finn, he is still hoping to make the team for Doha based on his current ranking.

Elsewhere Leon Reid of Menapians AC was in action at the Great City Games in Newcastle on Saturday (September 7) where he clocked a time of 15.66 secs over the rarely-run 150m distance. Earlier in the week on Tuesday (September 4) Reid was in Zagreb where he finished fifth in the 200m in 20.86 secs. Also competing in Newcastle was Claire Tarplee of St Coca’s AC who ran a time of 4:50.09 for the mile.

A large Irish team is competing at the European Masters Athletics Championships in Venice (September 5-15) which continues until next Sunday. Highlight so far was an Irish one-two in the M65 1500m, won by Joe Gough of West Waterford AC in 4:54.14 with Brian Lynch of North East Runners, a close second in 4:55.21 on Saturday (September 7). Also over 1500m, Ann Woodlock of Donore Harriers finished second in 6:15.31.

Brian Lynch went on to compete in the 4km cross-country on Sunday (September 8) finishing first M65 and helping the Irish team to second behind Italy. There was also an individual win for Lynch’s North East Runners team mate Maurice McMahon in the M45 category. Finishing second W60 was Mayo athlete Pauline Moran. Both W40 and W60 teams took bronze.

Sarah Graham of Mourne Runners was the women’s winner at the historic Ben Nevis Race up and down Britain’s highest mountain. 2:12 was enough for the victory for the travelling athlete, whilst Finlay Wild made it an amazing ten victories in a row on the Ben.