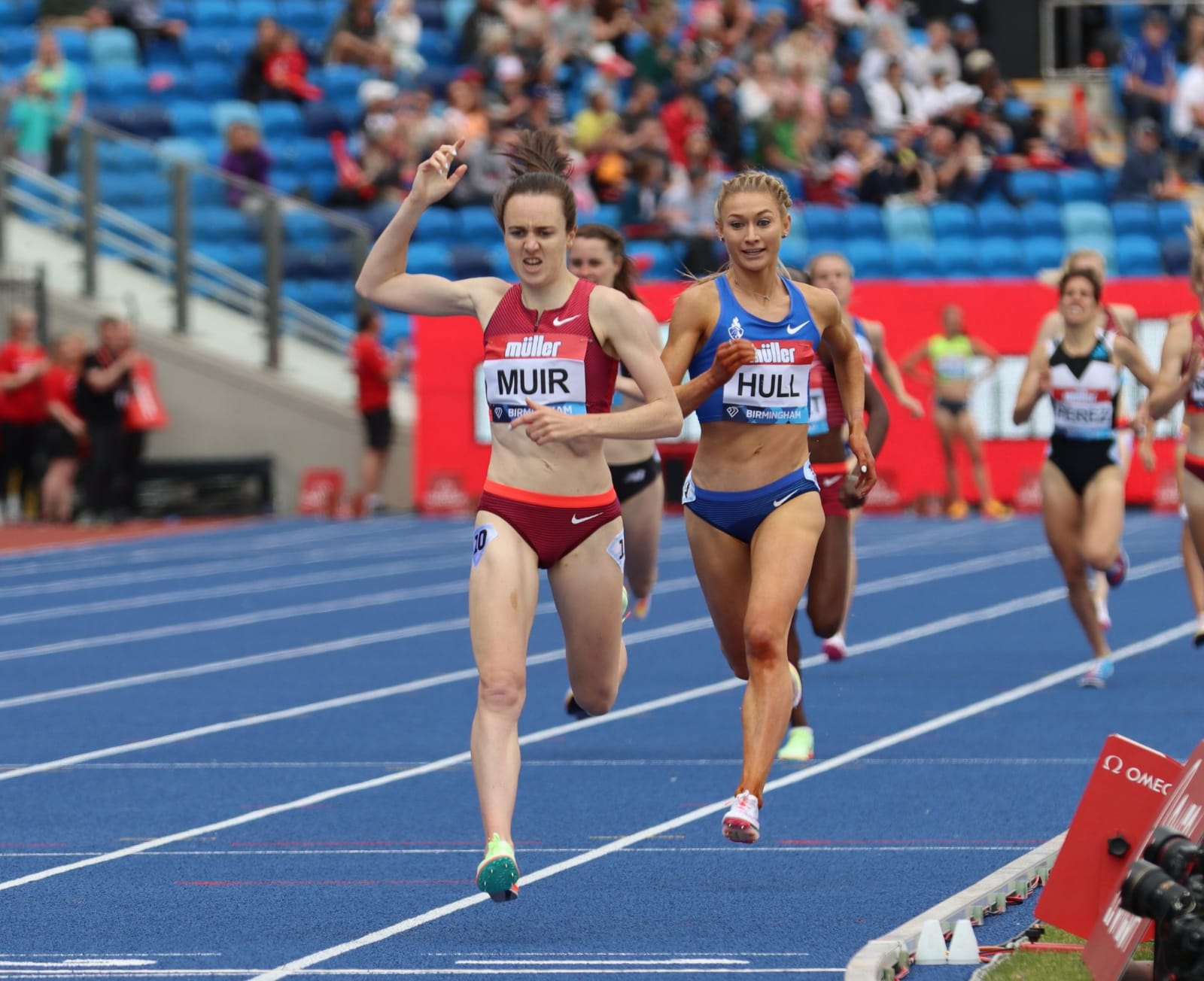 McColgan breaks Radcliffe’s record over 10k, Judd PB’s in Birmingham and Phoebe Gill makes us sit up and pay attention on Watford.

Eilish McColgan continued her run of fantastic racing by taking down Paula Radcliffe’s European 10k Record, setting a new British Record of 30:19 a setting new PB at the Great Manchester Run 10k today. The race was won by Hellen Obiri in a new course record of 30:13. I love that  you can see both women giving it absolutely everything all the way to the end in this clip –

WHAT. AN. EPIC. RACE. 🤯@hellen_obiri takes the #GreatManchesterRun 10k title back and smashed the event record, followed by @EilishMccolgan who breaks the British 10k Road record from @paulajradcliffe! 👏👏👏 pic.twitter.com/pTKOiITIC2

Top quality athletes opened their summer season at the Birmingham Diamond League yesterday, with some excellent results. Laura Muir, who is hoping to break 4 minutes this season, took the win in the 1500m, running 4:02.81. She beat Australia’s Jessica Hull who clocked 4:03.42. Jemma Reekie was fifth in 4:07.01 and Katie Snowden eight in 4:08.33. In the men’s race Josh Kerr placed fifth in 3:35.92 and Matthew Stonier (winner of last week’s Emsley Carr mile) debuted over the distance to finish eighth in 3:37.25. George Mills was 13th in 3:42.33. Sadly, Piers Copeland was tripped in the early stages and had to DNF due to the resulting injury. We hope you heal fast Piers.

Opened the season with a 50m at Bham DL!

Thank you to the first aid/medical team at the DL and to the A&E staff.

Time to heal and get a new pair of spikes. pic.twitter.com/ZFikTwb8Ms Of course it would be remiss not to mention Dina Asher-Smith winning the 100m in 11.1, Matthew Hudson-Smith the men’s 400 in 45.32 and Keely Hodgininson’s storming 800m victory of 1:58.63, which is the fourth fastest in the world this year.

➕ Including a spectacular 🇬🇧British V40 record for Phillippa Millage! 👏 pic.twitter.com/3Ui2IKj6Mv

In the men’s race, Ben Macmillan- won in style, becoming the first Scot to break the four-minute barrier on Socttish soil since 1985. Kieran Reilly was second in 4:013.7 and Jack Patton (U20) was third in 4:01.90. Corey Campbell took down the British U17 Record and, apparently, a World Record for an athlete aged 15 years. He ran 4:05.77 to finish in seventh place.

The European Uphill Trials at Ben Lomond saw Scout Adkin triumph, with Kate Avery in second and Kirsty Dickson in third. Keeping it in the family, Jacob Adkin topped the men’s rankings, holding off Joe Steward and Chris Richards

All Over the Track

Streford played host to a double-whammy of track-excellence on Tuesday night. BMC Gold Standard 1500m was won by Daniel Bebbington of Blackburn in 3:47.83, with Mark Bostock of Wakefield/Leeds Beckett Uni setting a new PB of 3:49.25 for second and Luke Johnston (Liverpool Harriers) also PBing with 3:49.65 for third.

Another double-up took place at Watford on Wednesday. Ian Crowe-Wright was first in the BMC Gold Standard 1500m, crossing the line first in 3:46.37 for Brighton & Hove. Miles Weatherseed (Tonbridge/Oxford Uni ) clocked 3:47.89 for second and Alex Ediker (Chesterfield) third in 3:47.97.

While the times were faster in the BMC races, it was the Watford Open Graded Meeting that really caught our eye – more specifically the performance of U17 Phoebe Gill who put herself fifth on the age group all-time 800m rankings by running 2:03.74. That placed her one spot ahead of Keeley Hodgkinson and is the fastest by an U17 since Jess Judd’s 2:02.70 at Watford in 2011. Luca Stubbs (U20) was first male over 800m, in 1:53.77

Gemma Steel has been enjoying and dominating regional races recently. It’s wonderful to see her running so well. This weekend was no different, as the Charnwood athlete won the twisty, hilly Nottingham 10k outright in 35:05. Second place and first male went to Philip Nind of Holme Pierrepont in 35:30. The Blast at the Meadows 5K in Edinburgh was won by David Murray in 16:37 and Elaine Walker 22:46

5 miles on Great Yarmouth Promenade took James Reed 25:46 for his first place and Alicia Lacey 29:48 for hers.

Midweek 5k’s continue, with the Leicester City 5k Summer Series race won by Jason Barton of Stilton Striders in 16:48 and Eloise Geary of Wreake & Soar Valley in 20:22. Meanwhile not far away the Nottingham 5k Summer Series saw Merhawi Tkue of Notts Athletic Club win in 16:06 and Georgia Hird in 19:59. Saltburn 5k, which is run over trail, had 18:16 on the clock when Christopher Fothergill crossed the line first and Catherine Williamson’s 20:17 sent her home with the women’s crown. In Cardiff, the SSAFA 5k was won by Cardiff Uni’s Ellis Garamszegi in15:03 and Pontypridd’s Olivia Tsim in 16:38

There was a home-win at Colchester Half Marathon as Ramadan Osman broke the tape in 68:46. Helen Davies of Ipswich Jaffa dominated the women’s race, topping the podium in 73:50

And finally, Adam Holland is on to set a new World Record for 10 marathons in 10 days at the Brathay 10 in 10 (which finishes with the Asics Windermere Marathon). He made it to day 9 running well under three hours and even a big drop in pace would see him break his own record which currently stands at 27 hours, 38 minutes and 36 seconds.

The Centurion North Downs Way 50 was won by Amy-Jo Clarke and Ed Knudsen.