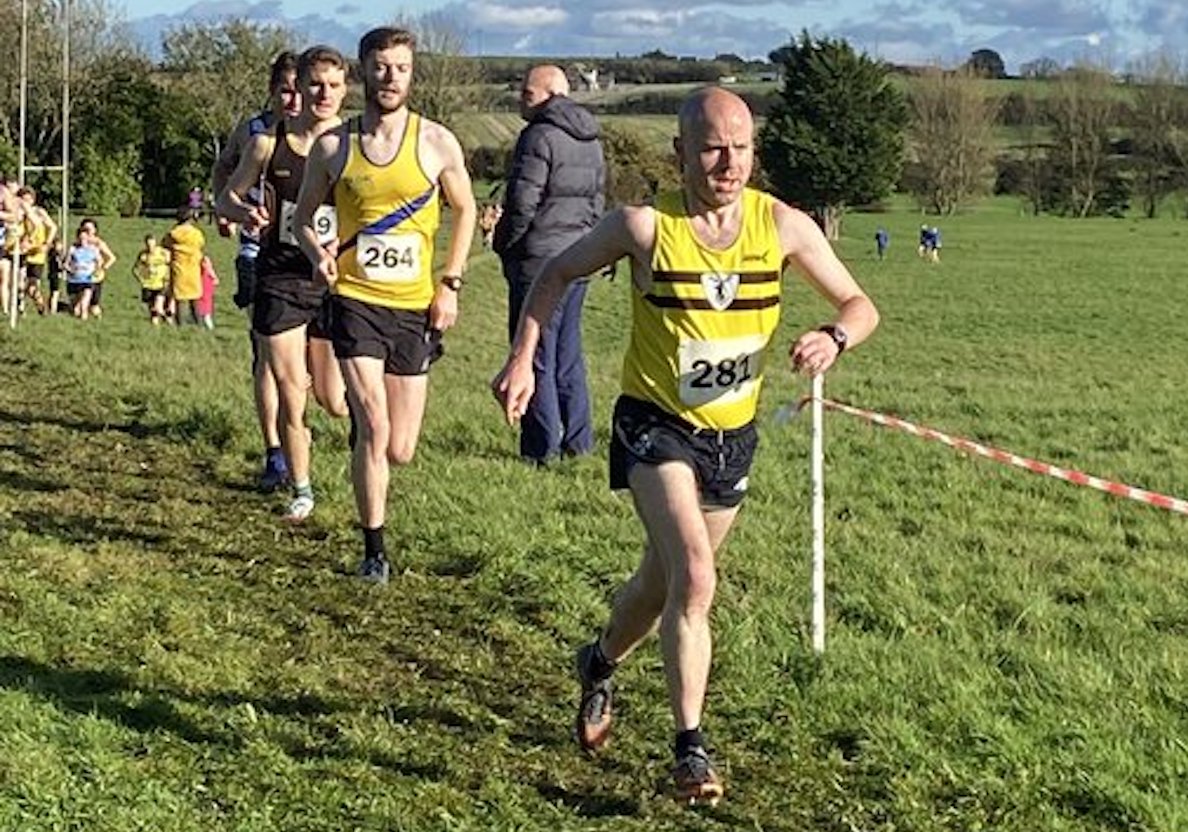 Another busy weekend of Irish running action brought to you by Lindie Naughton.

At the Dublin Cross-Country Championships in the Trinity Grounds, Santry, on Sunday (October 31) it was like old times, with mighty teams from Clonliffe Harriers and Dublin City Harriers dominating the senior races.

Although Meghan Ryan of Dundrum South Dublin was the individual winner of the women’s race, and Niamh Kearney of Raheny Shamrock AC was third, DCH with four in the top six were clear winners of the team title.

For the men’s race, Clonliffe Harriers could call on the experience of Sergiu Ciobanu and Mark Kenneally, brothers Ben and Ian Guiden and comeback kid Sean O’Leary, with back-up provided by Stephen Cashin and Eoin Taggart.

Many times Irish marathon champion Ciobanu led from the front and battled bravely to take the individual win. Making up the scoring four were Ian Guiden sixth, Ben Guiden seventh and O’Leary ninth. Marathon woman Aoife Cooke of Eagle AC made a welcome return to race when she won the women’s race at the Munster Cross-Country Championships at Two Mile Borris, Thurles, Co Tipperary on Sunday (October 31).

Cooke finished ahead of Ciara O’Neill of Clonmel AC and Shona Heaslip of An Riocht AC. Heaslip was making a welcome retiring to racing after a long break. Leevale, led by Niamh Moore in sixth place, was the winning team ahead of Ennis TC and Clonmel AC. Winner of the U19 women’s race was Jane Buckley of Leevale, with Youghal AC the first team. In the U19 men’s race Dylan Casey of Ennis TC came out on top and led his club to team victory over Leevale.

North Down Festival of Cross-Country

Mark McKinstry of North Belfast Harriers returned to winning ways with victory in the men’s race at the North Down Festival of Cross-Country held on a one-mile lap at Ballymacormick, Bangor on Saturday.

McKinstry won the British and Irish Masters cross-country title in 2018 and went on to take the NI and Ulster senior title a few months later.

He was forced to work hard for victory in the four-mile race with Craig McMeechan of host club North Down AC putting up a determined challenge. In the end, McKinstry came out on top with a time of 21 mins 1 secs, with McMeechan eight seconds behind for second. In third place was Jamie Coulter-South also North Down AC in 21:23.

Winner of the masters men’s race over the shorter distance of three miles was Conor McMullen of Annadale Striders in 16 mind 58 secs. A well supported women’s masters race saw a home win for Claire Quigley of North Down AC in 20:00. Karen Wilton of Jog Lisburn AC was second in 20:31 and Joanne Foster of Willowfield Harriers third in 21:05.

Winning the senior women’s race was Rebekah Osborne of Dromore Harriers in 18:36. In a poorly-supported race, Caitriona Eddington of QUB AC was second in 20:22.

On a quiet weekend for road running, Andrew Annett of Mourne Runners was the winner of the Armagh 10-Mile on Sunday (October 31).

Annett’s time of 51 mins 44 secs put him comfortably clear of Stephen Connolly of Annadale Striders, who finished second in 52:01, and Eoin Mullan of Omaha Harriers third 52:58.

First woman was Denise Toner of Clones AC in 60:17, followed by Dearbhla Cox of Annadale and Gemma McDonald from Ballycastle. Team winners were the Clones women and the North Belfast Harriers men.

Race winners were Filimon Abraham from Germany in 78:29 and Francesca Ghelfi of Italy in 93:01. England won the women’s Nations Cup from Italy, while Italy proved best of the men ahead of England.

As the US college cross-country season moved into top gear, Sophie Murphy of Dundrum South Dublin AC recorded a solid victory in the women’s 6km at the MAAC Cross-Country Championships in Orlando, Florida on Saturday (October 30).

Murphy ran a canny race, pulling away in the later stages and leading Iona to team victory. Finished seventh and also counting for the team was Nadine Donegan of Tullamore harriers.

A day earlier, Irish steeplechase champion Brian Fay of Raheny Shamrock AC was one of many Irish athletes in action at conference races all over the USA.

Fay finished a fighting ninth in the men’s 8km at the PAC 12 Cross-Country in Salt Lake City, Utah. The Raheny man, a post-graduate recruit making his debut with the University of Washington squad, ran a steady race, lying 20th at the half way point and picking up three places in the final 2km.

In the women’s race, Sophie O’Sullivan of Ballymore Cobh AC finished 31st of 106 finishers, picking up ten places in the final two kilometres.

Lots of big championships across the country

Fearghal Curtin of Youghal AC led his new college Charleston Southern to team victory when finishing second in the Big South Cross-Country Championships at Kernersville, Nevada. The team had five finishers in the top seven.

At the Big East Championships in Carmel, Indiana, also on Friday, Barry Keane of Waterford AC finished third for his college, Butler.

Charlie O’Donovan of Leevale AC was 15th for Villanova, Evan Byrne from Togher AC 18th for Butler, and Abdel Laadjel of Donore Harriers 24th for Providence.

Kevin Mulcaire of Ennis TC, a senior at Oklahoma State, finished 21st in the Big 12 Championships held in Stillwater, Oklahoma, on Saturday.

Sorcha McAllister of Westport AC , a senior at Boston College, was 92nd of 136 finishers in the women’s 6km at the ACC Cross-Country in South Bend Indiana on Saturday.

Peter Lynch of Kilkenny City Harriers finished second, Michael Power of West Waterford AC fourth and Shay McEvoy of Kilkenny City Harriers fifth in the men’s 8km in the American Athletic Conference Cross-Country at Lakeland, Florida on Saturday. The trio were running for a Tulsa team that took a clear win in the team category.
Laura Nicholson of Bandon AC running for Temple was 23rd in the women’s 6km.

Sorcha Moloney of Ballyroan-Abbeyleix and District AC finished 17th in the women’s race at the Southland Conference Championships helping her team to third place, while James Hyland of Raheny Shamrock AC was 38th in the men’s race. Both were lining out for the for McNeese University squad based in Lake Charles, Louisiana, squad where Irish natives, Brendan Gilroy and Alan Foolkes are the coaches.