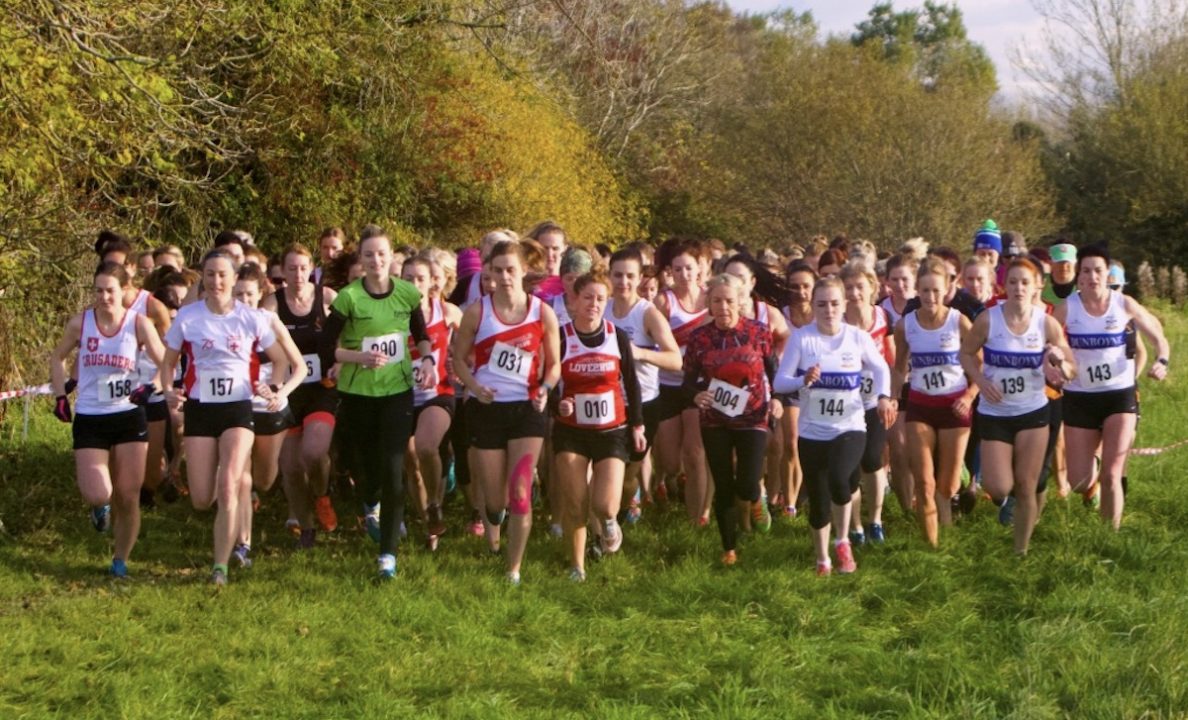 A busy weekend of results on the roads, cross country and mountains for Irish athletes, so catch up with Lindie Naughton’s full round-up.

Irish junior international athletes Sarah Healy and Darragh McElhinney turned out for UCD at the Irish Universities Road Relays at NUI Maynooth on Saturday (November 16) – although neither was on a winning team.

After completing her Leaving Cert exams last June, Healy took silver in the 1500m at the European U20 Championships in Boras, Sweden. She’s now studying law at UCD. Also in Boras, McElhinney took bronze in the 5000m.

First up on Saturday were the women with teams of three running a mile leg, two two mile legs, and a final mile leg. Winners with Trinity College with a total time of 34 mins 10 secs. Making up the team were Caron Ryan, Sorcha McAlister, Cliona Murphy and Eavan McLoughlin. The team moved steadily through the field catching early leaders DCU on the third leg. DCU’s quartet of Aoibheann McGoldrick, Jodie McCann, Lauren Tinkler and Nadia Power finished second in 34:22; UCD, with Healy running the second two-mile leg, finished third in 35:12.

In the men’s race, similar to the women’s but with the addition of a three mile leg, DCU took the lead on the second leg and went on to win in 43 mins 14 secs. Making up the team were Conor Duncan, Cathal Doyle, Cormac Dalton, Brian Fay and Colin Smith. Battles on the roads

Pauric Ennis of Tullamore Harriers was the winner of the men’s 10km at the Hollymount International Road Race in Co Mayo on Sunday (November 17).

Winning the women’s 6km was Regina Casey of Galway City Harriers in 22 mins 24 secs. Edel Reilly of Mayo AC was second in 23:25 and Heather Foley from Sligo TC third in 23:58. Mayo AC was first team. In the junior 3km, Rory Gallagher and Leah Toner were the winners.

Also on the roads on Sunday, Kieran McKeown of Watergrasshill AC in 12 mins 55 secs and Leevale’s Niamh Roe in 14 mins 53 secs were the winners at the Cloyne Commons 4km which attracted an entry of close to 500.

In Co Kilkenny, William Maunsell of Clonmel AC beat his brother Kevin to win the Stook 10km held near Gowran, also on Sunday.

William finished in 32 mins 24 secs, with Kevin just three seconds behind. Third was Brian Kirwan of St LOT AC in 37:55. First woman in 42:27 was Bronwen Kiernan of St LOT AC.

Irish and Northern Irish teams competed at the British and Irish Masters Cross-Country International in Aintree, England, with both teams picking up wins.

Overall winner of the men’s M35-45 race for a second year was Mark McKinstry of Northern Ireland. Other winners for Northern Ireland were Terry Eakin M70 and Brigid Quinn W75 and the M50 team of Eamon White, Steve Cairns, Gary Henderson and Justin Reid.

For the Republic, Annette Kealy won the W50 title, while both the W35 and M40 teams teams took gold. Making up the W35 team were the trio of Fiona Kehoe, Claire McGuigan and Kate O’Neill who packed brilliantly to take the fourth to sixth places.

Last year’s women’s winner Teresa Doherty of the Republic had to be content with second place overall this time behind England’s Kirsty Longley, both of them in the W40 age category. There were also second places for Kay Byrne W55 and Tommy Hughes M55, and third places for Jackie Carthy W45, Niamh O’Sullivan W55, Pauline Moran W60, Margaret Glavey W65 and Paul Elliott 3rd M65, plus eight second places for teams.

For Northern Ireland, Eamonn White and Steve Cairns were 2nd and 3rd M50, while David Clarke 3rd M60. The W35 and M35 teams both finished third. Overall winner (as usual) was England.

Best of the Irish at the World Mountain Running Championships in Villa La Angostuna, Argentina on Friday (November 15) was World Cup champion Sarah McCormack who finished 12th in the women’s race in 80 mins 43 secs.

That put her five minutes behind the American winner Grayson Murphy of the USA, a recently converted steeplechase runner, who finished in 75:40. The 14.7km race, held in wet and windy conditions, included a waist-high river crossing and a super-fast trail descent.

Of the other Irish women, Kate Cronin was 31st in 85:58 and Henriette Robinson in 98:34. The last of the 61 finishers crossed the line in 2:13.39. Failing to show on the day were the Kenyan and Ugandan teams with visa problems stopping the Kenyans apparently. First of 14 teams was France ahead of the Czech Republic and Great Britain; Ireland was 9th.

Best of the Irish women was Angela Speight who finished 36th in 4:40.05. Becky Quinn was 40th in 4:40.46 and Nicola Duncan 47th in 4:47.03. The Irish team did have a rather difficult ordeal getting to the event with airport staff strikes leading to an additional night travelling to the race.

Winner of the Run the Line 13km trail race from Glencullen in the Dublin Mountains on Saturday (November 16) was John McAuley of Crusaders AC in 58 mins 32 secs.

His team mate Warren Swords was second and first M40 in 58.44. Ninth overall and first women was Sonya McConnon of Dundrum South Dublin AC in 62.46. Barry Cronin was first home on the 26km long course in 2 hrs 10 mins 43 secs. First woman was Elizabeth Wheeler in 2:34.13.

Niall Shanahan of An Bru AC won the men’s race and was first M35 with Martin Doody of Limerick AC second and first M40 and Sean McGrath of East Cork AC third and second M35. Perfect running conditions for the Women’s Meet and Train League 2-mile at the Cow Park, Dunboyne on Sunday (November 17) where there was a miraculous absence of the usual muck. Top three were Lorna Quinn of Sportsworld, Eimear English of Dunboyne AC and Maura Mahoney of Crusaders, with teams in the four grades still to comeNext round is at Irishtown, Dublin, on Sunday December 8.

A day earlier, the Business Houses Athletic Association celebrated its 40th anniversary at the Irish Life 6km cross-country in Santry – a month later than planned after permission to run in the national course at Abbotstown was withdrawn by Campus Ireland at the last minute.

A good race up front was won by Sean Doran of C& E Products in 20 mins 42 secs, with Rory O’Connor and Darragh Lynch second and third and just five seconds separating the top three.

First woman was Ciara Durkan of Teachers who was running her first race after a long battle with injury. She finished in 24 mins 22secs; second was BHAA regular Adrienne Jordan, also Teachers, in 24.47, while for third place Alma Hanevy of the Health Group just pipped Blaithin Shiel of the Law Society – and Fastrunning.com.

Since the race was also the BHAA Championships all finishers received a special commemorative medal plus a copy of “Keeping Business on the Run – 40 Years of the BHAA”, the recently published history of this remarkable organisation with its philosophy of putting on friendly races for runners of all standards.

Even better, everyone has a chance of winning a prize thanks to its unique grading system for teams from the workplace.

Amy O’Donoghue of Emerald AC was the winner of the women’s senior race at the Munster Cross-Country Championships held in Conna, Co Cork on Sunday November 10. Fiona Santry of East Cork AC was second and Aisling Kelly of St John’s AC third. St John’s was first team ahead of Leevale and East Cork.

Irish international  Sean Tobin ran a new Irish parkrun best of 14:19 at Malahide parkrun this weekend and Iseult O’Donnell was the quickest lady, also at Malahide in 17:25. Full rankings here.