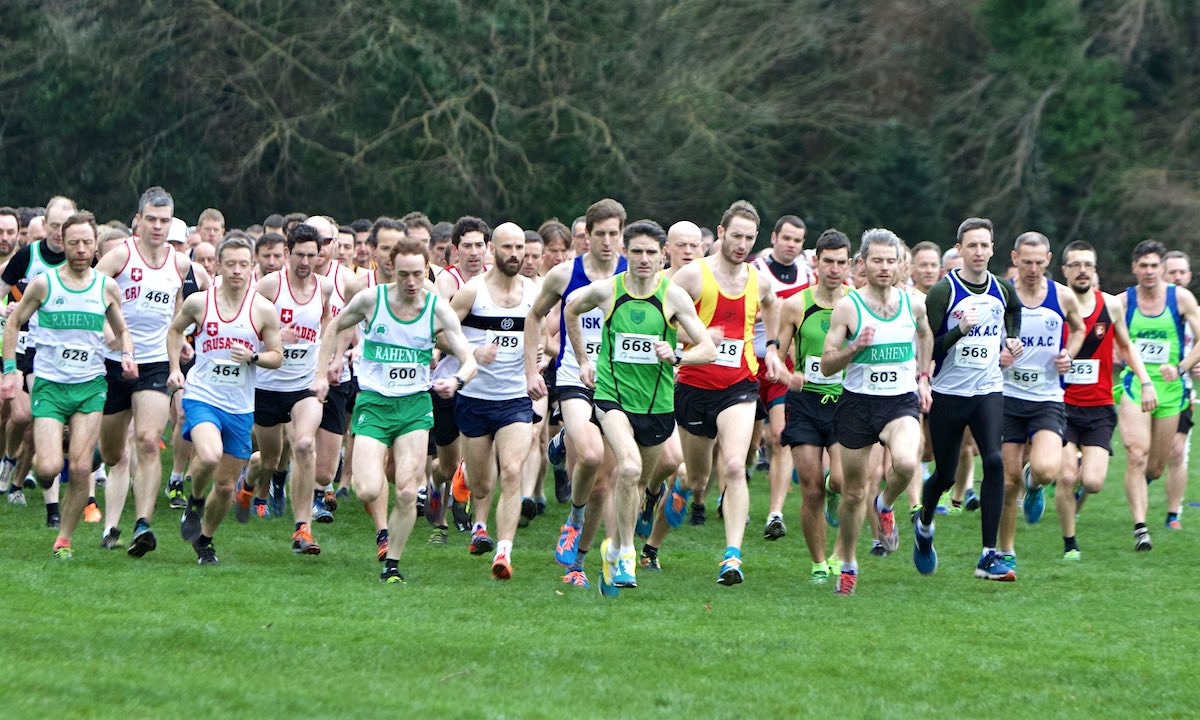 Rossa Hurley and Siobhan Eviston are among the winners at the Dublin Masters Cross Country Championships, while young multi-eventer O’Connor improves on her own record in Sheffield.

Rossa Hurley of Donore Harriers led home a record entry at the Dublin Masters Cross Country Championships held in mild conditions at the St Anne’s Park Raheny on Sunday. A total of 202 women and 292 men were in action.

In the men’s 6000m race, Hurley was part of a leading group on the opening lap of four with Shane O’Neill of Rathfarnham WSAF pushing the pace along with new master Kevin English of Tallaght AC.

On their heels were Michael McMahon, Des Kennedy and Ian Conroy, all from Raheny Shamrock, along with Sportsworld pair Gareth Murran and Karol Cronin.

Heading into the final lap, English had dropped off the pace but the race was still anyone’s. Coming out of the woods for the last time, Hurley took over in front and built up a seven second lead on O’Neill for victory in 20:58; O’Neill was second and first M45. Track specialist Siobhan Eviston of Raheny Shamrock made her masters debut with victory in the women’s 3km race. Eviston had to call on all her 800m speed to hold off Noreen Brouder of Sportworld AC in the chase for the line winning in 11:45. Brouder was first W40; third and second W35 was Laura McDonnell of Tallaght AC. A fighting fifth overall and first 50 for a second year was Annette Kealy of Raheny Shamrock.

In a competitive race for the W45 title, Donna Mahon of Rathfarnham WSAF held off Sinead Tighe of Brothers Pearse, with only a second in it. Other category winners were Tallaght’s Anne King, W55; Mary Butler of Blackrock AC W60 and Mary Lynch of Raheny Shamrock W65. O’Connor, who won gold in the senior and U20 categories in Sheffield, has now broken the record on three occasions inside 12 months.

The young multi-eventer is set to begin an athletics scholarship at the University of Texas next autumn.

Brian Maher of Kilkenny City Harriers won The Tom Walsh 10k in Limerick on Sunday in a new course record of 30:36. The previous record of 30:37 was held by Sean Hehir.

First woman was Leevale AC’s Carol Finn in 38:51 ahead of Limerick AC’s Hikka Kontro. Third was Sharon Cleene in 39:55.

At parkrun on Saturday, Willowfield Harriers’ Neill Weir ran 16:31 at the Belfast Victoria event to record the fastest men’s time across the island of Ireland, while North Down’s Katie Moore claimed the women’s top spot after running 18:20 at the same event.

The top 10 Irish parkrun times on Saturday can be found here.