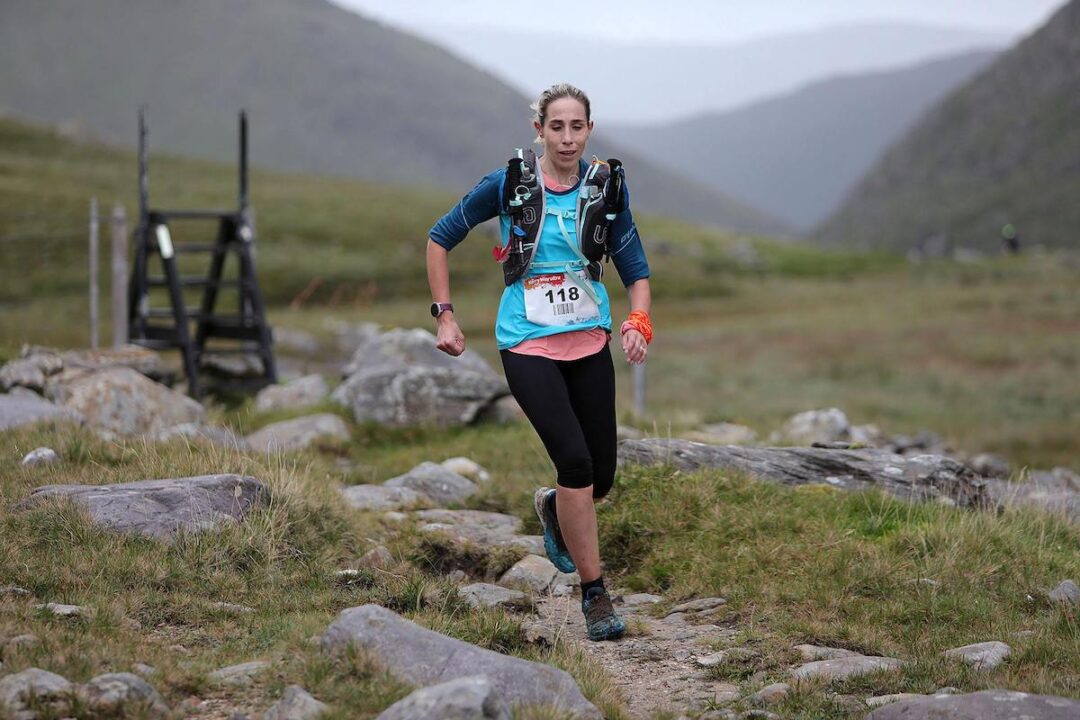 Action on the trails and the track, brought to you by Lindie Naughton in this week’s Irish round-up.

Aoife Mundow of Drogheda and District AC set a new women’s record when completing the Kerry Way Ultra 200km held in perfect conditions on the Ivereragh Peninsula at the weekend (Friday/Saturday September 4-5).

Mundow’s time of 25 hours 25 minutes 49 seconds, which was five hours faster than her time of last year, knocked 2 hrs 30 mins off the previous record. She farrived back in Killarrney in fifth place overall.

Overall winner of the race in 23:37.17 was Gavin Byrne. Keith Lane was second in 24:01.18 and Brian Buckley and Remi Delille joint third in 24:32.14. Dropping out about two thirds into the race was Eoin Keith, who with UTMB cancelled for this year, had entered the race for the first time. Fastest relay team was the Dublin Mountain Running Club in 22:51.55.

Irish champion Paul Robinson of St Coca’s AC consolidated his position on top of this year’s Irish 1500m rankings when he ran a time of 3:38.52 in Marseilles, France, on Thursday (September 3). Robinson finished ninth in a race won by Soufiane el Bakkali of Morocco in 3:34.51.

Among the highlights of the Irish Junior Track and Field Championships in Santry on Saturday (September 5) was a solid victory for Aimee Hayde of Newport AC in 4:25.77.

Winning a quality men’s 1500m was Sean Donoghue of Celtic DCH AC, He held off the challenge of Tadhg Donnelly of Drogheda and District AC to win the title in in 3:58.55, with Donnelly a close second in 3:59.20 and Michael Morgan of Sligo AC third in 4:02.50.

In the women’s steeplechase, Cara McNally of Lusk AC made her steeplechase debut when taking the title in 12:11.13. James Hyland of Raheny Shamrock AC won the men’s race in 9:43.95.

A day later on Sunday (September 6), the masters took over Santry, with a massive 103 entered for the men’s 5000m alone.

Perhaps the biggest win of the day came in the M60 race where the winner Tommy Hughes of Strive RC had over two minutes to spare on the chasers when finishing in 16:47.59.

A distant second in 19:23.11 was Martin McDonald of Ballyroan Abbeyleix and District, who is no mean competitor himself. Eamon McEvoy of St Finbarr’s was the M65 winner in 19:57.99, Richard Piotrowski of Eagle AC tok the M70 title in 21:36.38, while best in the M75 class was Tom Durcan of Bohermeen AC with Clonliffe’s Pat Bonass a brave second.

Oldest competitor on the day was the remarkable Pat Naughton of Nenagh Olympics AC who, like everyone else, was confined to one event. He picked the shot putt and duly won his umteenth championship medal with a 7.57m effort. Long may he flourish.

Finishing a fighting eight in the annaul Challenge Stellian mountain race in Susan Italy on August 24 was Zak Hanna of Newcastel AC. Hanna completed the 14.4km race – most of it uphill – in 1 hrs 25 mins 57 secs. Winner was Cesare Maestri of Italy in 1:20.72

Mountain runner Ian Bailey, 42, from Kilcoo, County Down set a new world record when “Everesting” Slieve Donard in the Mournes on Sunday August 23.

“Everesting” involved running or cycling up and down any mountain until you reach 8,848 metres – the height of Mount Everest.

Braving Storm Ellen, Bailey ran up and down Donard summit 37 times in a record time of 11 hours and 17 minutes, shaving two minutes off the world record. Like Zak Hanna, Bailey had hoped to run at the World Mountain Championships in Lanzarote later in the year, but this is now cancelled.

Another member of the Irish international trail team, Nicola Duncan, set out at 11pm on Friday night on the Fife Coastal Path. The The Edinburgh based athlete wanted to set a FKT (Fastest Known Time) for the 117 mile route to help fundraise for her friend Kat Henderson, who was paralysed after a MTB accident in 2019.

RELATED: Preparing for an FKT on the Fife Coastal Path

If you would like to assist Nicola in raising funds for Kat via this FKT attempt then follow the link here.