Cooke runs a stormer in Cheshire 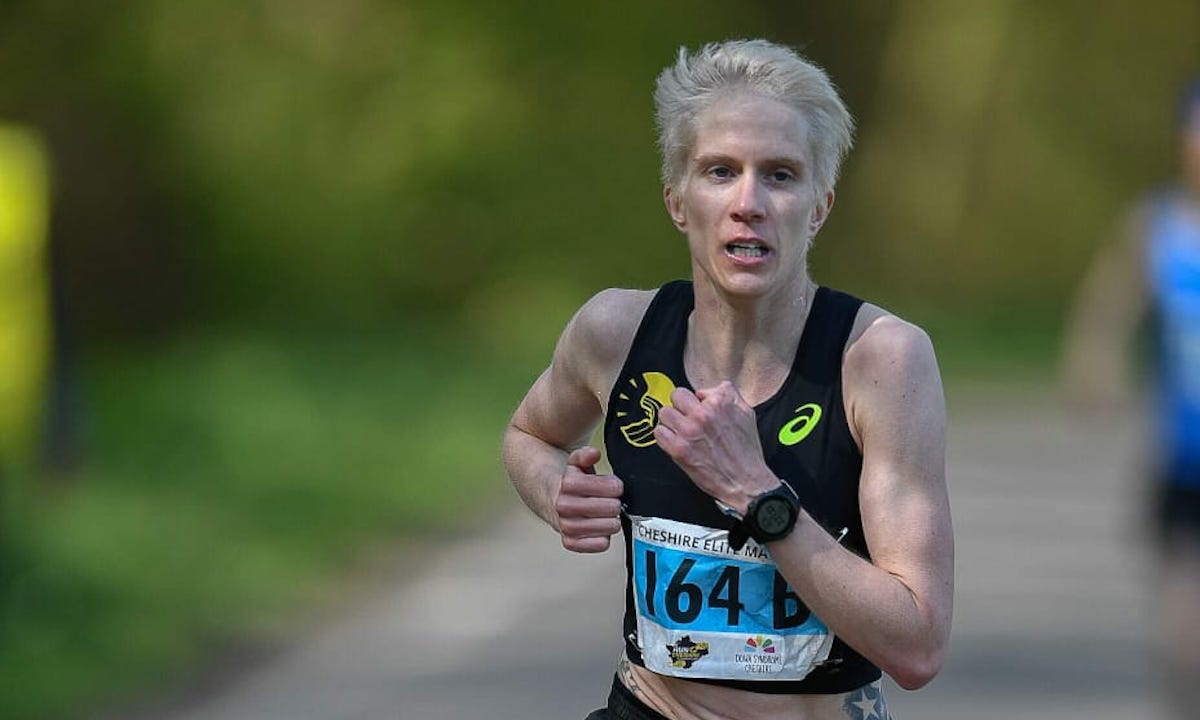 There was enough action this weekend to fill an Irish round-up so Lindie Naughton was straight on it and our weekly article is back.

Aoife Cooke of Eagle AC won  the women’s race at the Cheshire Elite Marathon, held  in Pulford, Cheshire on Sunday (April 25). More importantly, 2:28:36 was inside the Olympic marathon qualification mark of 2:29:30 by almost a full minute.

It was a four minute improvement on the time of 2:32:34 Cooke ran when winning the national title at the 2019 Dublin Marathon. Cooke passed the halfway mark in 1:13.30 only slowing down marginally towards the end of the race.

Behind her, Ann-Marie McGlynn  of Letterkenny AC finished third woman and first W40 in 2:29:34, an agonising four  seconds outside the Olympic qualification time. Fionnuala Ross of Armagh AC was eighth woman in 2:39.58 and Gladys Ganiel of North Belfast

Best of the Irishmen

With Mick Clohisey of Raheny Shamrock AC a non-starter, Gary O’Hanlon of Clonliffe Harriers proved best of the Irish men. He finished ninth in 2 hrs 21 mins 38 secs and was first M45 and indeed first master overall.

A total of 151men and 29 women completed the course, which consisted of seven and a half laps of a prepared loop.

Scot Rankin and Sarah Jane Cooke were the winners of the ChampionChip Half Marathon at Down Royal racecourse on Saturday (April 24).

Rankin led the race from the start with his finishing time of 70 mins 9 secs putting him over a minute clear of second placed Andrew O’Brien  who finished in 72:17. Third was James Budde in 72.07.

In her first pentathlon since the summer of 2019, O’Connor’s’ score of 6,297 points saw her finished seven points behind the winner Maria Vicente of Spain. It added 204 points to her own Irish record of 6,093 points and  included personal best results in  the hurdles, shot and 800m. Britain’s Holly Mills finished third with a personal best score of 6,180.

Irish on Track in USA and UK

In Eugene Oregon, Cathal Doyle of Clonliffe Harriers opened his outdoor season with a win over 1500m in 3 mins 45.45 secs, also on Saturday. At the same meet, Barry Keane  of Waterford AC finished seventh  in the 5000m in 13 mins 35 secs.

In Des Moines, again on Saturday, Eilish Flanagan of Omagh Harriers was less than a second off her best when running 9:52.70 for the 3000m steeplechase with Kerry O’Flaherty of Newcastle and District AC running clocking a time of 10:04.66 behind her.

At the Philadelphia Metropolitan Invitation meet on Saturday (April 24), Charlie O’Donovan  of Leevale AC helped Villanova to victory in both the 4 x 800m  and the distance medley relays.