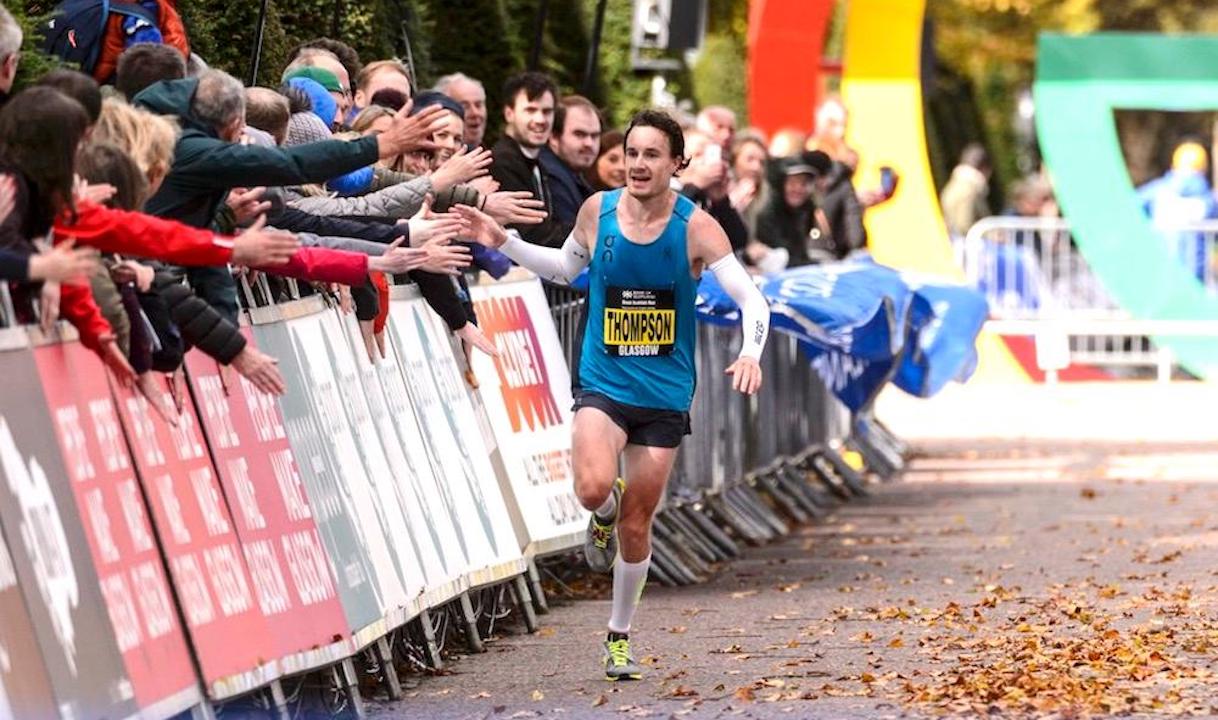 The big guns were out in force at the Bristol 10k with internationals Chris Thompson and Kate Reed both claiming the top prizes on Sunday (May 5).

There were also lots of other top performances in Newport, Southampton, the Scottish 5k Championships, the Belfast City Marathon, the Langtoft 10k, the GEAR 10k and half marathons at Sleaford and Scunthorpe!

The Bristol 10k winning pair must be two of the nicest, most affable athletes on the circuit, with both also offering inspiring injury comeback stories to encourage runners of all levels to never give up.

2008 Olympian Reed has fought so hard to get back to her undoubted world class best over the last decade, and her results this year so far show she is well on her way.

The Bristol & West ace clocked a fast 33:11 to add victory here to her winner’s medal at the recent Bath Half Marathon, where she ran a 72:44 PB.

So pleased to win the @great_run #bristol10k this morning on home soil!🥇💫 Real honour to have the race started by my absolute heroine and friend @jopavey (I wouldn’t have ever started running if I hadn’t met her when I was 14 years old!) Couldn’t believe the amount of support I had during the race and it was so lovely having my family, Coach and friends there-always nice to win in front of the people who have supported me for so many years! Hopefully I’ve done #Bristol proud this morning, we just need @bristolcityfc do the same this afternoon 😉⚽️💪🏼 I don’t usually dedicate my races to anyone but a dear friend of mine @thisgirlcanrunfar was meant to be racing the #newportmarathon today but sadly had to pull out last week due to injury-Jem…this win was for you! 🥰 Once again thank you to @reviveactive for keeping me so healthy with your supplements and thank you to @great_run and @simplyhealthuk for organising such a brilliant event 👏🏼 #raceday #bristolandwestac #bristoltrackclub #roadrunning

Recently married, the 2:11 marathoner is now making his preparations for the forthcoming Highgate Harriers’ Night of the 10,000m PBs, a race he finished third Brit in last year in a hugely exciting sprint finish behind Alex Yee and Andy Vernon.

One of the UK’s most consistently brilliant 10k and half marathon athletes, Cardiff’s Matt Clowes, proved he’s well on the way to recovering from a recent hamstring injury when he won the Newport 10k and broke the course record in his first race back! Clowes, who is set to marry his long term girlfriend, Gina Paletta, later this year, bounced back from his time on the sidelines with a 29:43 win, his fastest since last September.

RELATED: Gina Paletta discusses how to stay positive while dealing with a long term injury

Bideford’s Shaun Antell ran a fine 29:46 to finish just three seconds behind in second, while Swansea Harriers’ Dan Rothwell put in a gritty performance for third in 30:38, well clear of his nearest rival.

The Police’s hugely impressive Carla Swithenbank only started racing a year ago, running only three marathons in 2018 with each one a significant improvement on the last.

Her first was here at the Newport Marathon, where she finished third in a debut 3:01:35. She then sliced six minutes off that to clock 2:55:09 in the Exeter Marathon in May, but made a huge leap in form last October when she ran a superb 2:46:12 in the Dublin Marathon.

Today (May 5) she knocked another chunk off to clock 2:45:48 to win the Newport Marathon, a very inspiring ladder of improvement! Chichester’s Chris Bird just missed his PB when he took the men’s win in 2:31:34, while Ottley’s Scott Harrington was a fine second in 2:33:34. South West Road Runners’ Gwylym Gibson had the race of his life to knock nearly ten minutes off his best with a 2:36:28 result in third.

Southampton also hosted a marathon today (May 5), with the home club’s Richard Waldron running a great 2:39:43 to win the Southampton Marathon.

Denmead Striders’ Kirsty Aked took home the women’s top prize with a 3:08:15 result, while RAF’s Sam Rose was never far behind with a 3:10:15 clocking. Third place went to GEPARD’s Olga Cherkasova who ran 3:17:40.

AFD’s Richard Lovejoy ran 75:35 to win the Southampton Half Marathon, with Marcus Widdess taking second in 77:49. Basingstoke’s Andy Goddard also made the podium with a 79:24 result.

The Run and Become Sri Chinmoy 5k incorporating the Scottish 5k Championships was a hugely competitive affair at Silverknowes on Friday (May 3). His Dundee club mate Jamie Donald followed in 14:31 and with that claimed the Scottish U20 title. Last year’s champion, Lachlan Oates from Shettleston was third in 14:39.

The women’s race was also keenly contested. Central’s Morag Millar won in a new course record and PB of 15:49, while GB cross country international Mhairi Maclennan from Inverness Harriers was also inside the old course record with a 15:55 result. Shettleston’s Irish international Fionnuala Ross was third in 16:18.

Another superb race taking place this weekend was the 38th Deep RiverRock Belfast City Marathon (May 5), which saw close to 18,000 participants race the event on a Sunday for the first time ever.

Away from the big name races there was a quietly brilliant result for 2:16 marathon man Aaron Scott, the Helpston Harrier returning from a six month racing break to win the Langtoft 10k in a 30:57 course record.

Scott virtually ran a time trial around what is essentially his home turf, beating second placed Jake Richardson from Lincoln Wellington by more than a minute. His winning time also took 39 seconds off the previous record that had stood since 1994!

Richardson clocked 32:03, while Scott’s fellow Helpston Harrier Ben Heron enjoyed a return to the podium with a 33:17 result for third.

Peterborough AC’s Chloe Finlay ran very well to win the women’s race in 37:15 in what was her 16th race this year so far.

Chasing her down hard was Helpton Harriers’ former England international, Philippa Taylor, the V50 running her fastest 10k in two years to clock 38:23. A fine comeback for the Stamford-based ace who had surgery on a long term Achilles injury just last summer.

Super vet Adrian Mussett returned to a popular hunting ground of his to take the win at the Grand East Anglia Run 10k in King’s Lynn on Sunday (May 5), the V45 claiming his 8th podium prize in as many years.

The ultra-consistent Colchester Harrier won the race in 32:46, giving him a comfortable winning margin ahead of Ryston Runners’ James O’Neill, who clocked 33:32 in second.

The City of Norwich’s Kathryn Mathias ensured the women’s title remained on Norfolk soil when the V40 ace took the women’s top honours in 38:45.

Ely Runners’ Rebecca Sharpe also dipped under 40 minutes when she clocked 39:38 in second, while Bure Valley Harriers’ Fenella Sunday was third in 40:34.

Lathwell was a class apart when he took the title in 73:11 to Rushcliffe’s Stephen Dickens’ 75:30 in second. Grantham’s popular V40 Matthew Kingston-Lee took the final podium spot in 76:22.

Hodson’s time in victory was a strong 80:01, while second placed Laura Grimer from Nene Valley Harriers ran a big PB to clock 89:33 in second. Catherine Cory took third in 91:11.

There were fine runs too at the North Lincolnshire Half Marathon on Sunday (May 5) with Lincoln Wellington once again taking the top spots.

Nicole Taylor and Michael Kallenberg were the fastest at UK parkruns this week, check out the full top ten report here.