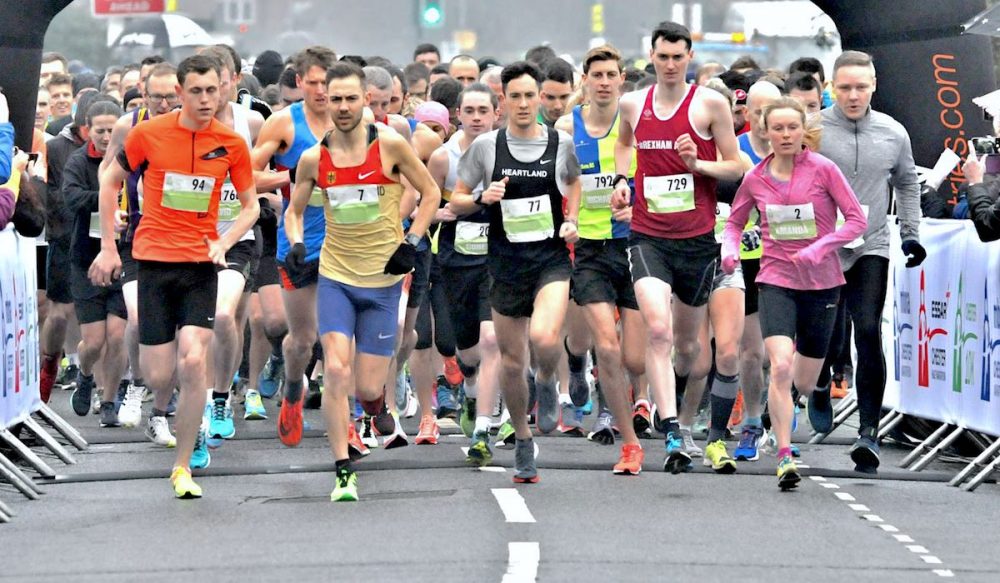 Wintry weather across Britain called a halt to the majority of road running this weekend, but a few, including The Big Half and Chester 10k, managed to go ahead.

Mo Farah and Charlotte Purdue returned to the UK to win the inaugural Vitality Big Half on Sunday, with some of the best of Britain competing ahead of the London Marathon and Commonwealth Games next month.

Joining them on the start line were a host of leading Britons chasing the qualifying standard for the World Half Marathon Championships. A full race report from the streets of London can be found here and the top times here.

In the North of England, Charlie Hulson was the runway winner at the Chester 10k on Sunday. The Telford 10k winner and Armagh 5k runner-up crossed the line in a course record 29:58, almost two minutes ahead of Preston Harriers’ Andy Benson in a time of 31:44.

Eleanor Davis, who was initially set to compete in the cancelled Trafford 10k, won the women’s race in 34:53. The Bristol & West runner finished five seconds ahead of Birchfield Harriers’ Danielle Hodgkinson in 34:58. 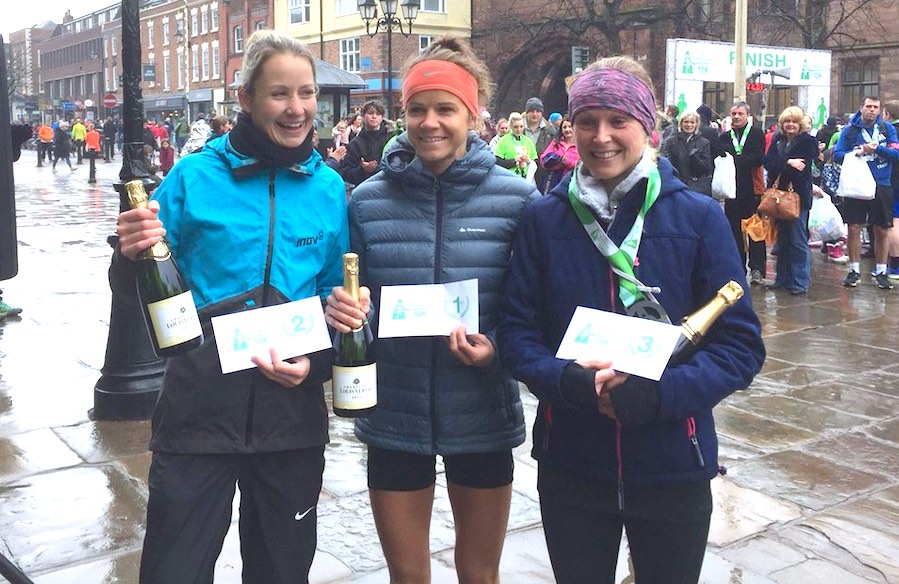 Welsh marathoners Andrew Davies and Eli Kirk were among the lucky ones to avoid the cold conditions in the UK and continued their preparations for the Commonwealth Games at Benidorm Half Marathon on Saturday.

Preparation for the @GC2018 #marathon going well for @eli_kirky and @fellrunningandy with a 1st and 2nd in the @BenidormHalf as part of a 24 mile training day ✔️ 👊🏼 @WelshAthletics #TeamNB pic.twitter.com/OThC6STdxa

At the Cambridge Half Marathon, it turned out that ‘race winner’ Andrew Rawlings didn’t actually take part and someone else was running with his chip. As a result, the unnamed runner has been disqualified and second place Will Mycroft of Enfield and Haringey is 2018 winner in 67:11.

It was a Cambridge & Coleridge one-two in the women’s race, with Georgina Schwiening taking the win in 75:32, almost a minute ahead of club mate Victoria Knight in 76:30.

Callum Davidson of Rossendale Harriers won the men’s title at the Anglesey Half Marathon in 70:50, while Ilkley Harriers’ Lucy Williamson won the women’s crown in 83:56.

There was also a couple of 5 milers taking place over the weekend. At the Trotter 5 in Bolton on Sunday, Tommy Harrison of Bolton United Harriers won the men’s race in 28:47 and Leigh Harriers Laura Riches won the women’s title in 30:50. A well done to Riches who features in the class of 2018.

At the Cheadle 5, Mark Powell of Leicester Coritanians won the men’s race in 27:22, with Notts AC’s Lucy Holt the first woman in 31:27.

Not forgetting the four fantastic days of action at World Indoor Championships in Birmingham. The curtain came down on Sunday and you can read all about Britain’s seven-medal haul here.