British runners out in force at Berlin Marathon – weekend round-up 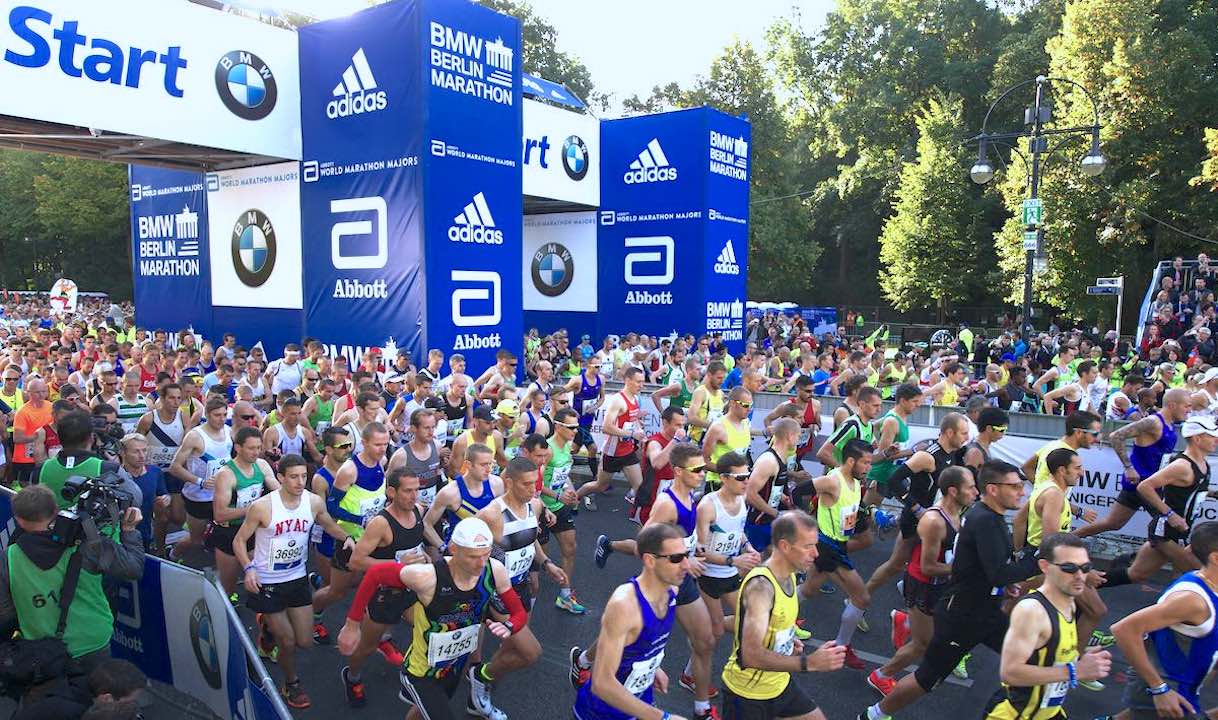 Stephanie Davis is among the top performing GB athletes at the Berlin Marathon, while at home runners impress in Swansea, Worcester and Ipswich.

The Berlin Marathon lived up to its world record-breaking reputation when Kenya’s Eliud Kipchoge ran an outstanding 2:01:39 to obliterate the previous best held by Dennis Kimetto by an astonishing 78 seconds. The full report can be found here.

British athletes also impressed as they took to the streets of the German capital to record their own top performances.

While there were no new domestic records to boast of, Clapham Chasers’ Stephanie Davis ran a brilliant debut to top the UK women’s results, while GB and New Zealand’s Paul Martelletti ran yet another sub-2:20 marathon in his 15th outing over the distance in five years.

Here are the top 10 British men’s and women’s results from Berlin:

Although he was disappointed with his time, it is still a fantastic performance that places him 6th in the UK V40 rankings this year, just seconds behind a certain Steve Way. Intriguingly, with Greenwood’s 45th birthday just around the corner, his time also only narrowly misses placing him inside the top 10 all-time rankings for the next age group up!

Another great result to take note of is that of Ireland’s Gary O’Hanlon, who ran a fine 2:19:06.

Unfortunately, 2:11 marathon man Scott Overall was forced to pull out of the race after passing through 35km in a painful 2:31:21. He had clocked a promising 67:09 at the half way point.

It’s another week and it’s another 10km win for the incredibly consistent Matt Clowes, who took yet another race title here in Swansea with a fast 29:47. The equally impressive Ruth Barnes from Avon Valley missed out on beating all the men as she likes to make a habit of doing, but still saw off a competitive field in a superb 34:44.

Clowes’ victory was utterly dominant as he swept aside rivals to the title in the form of Newport’s Eritrean star Abdel Teweldebrhan and Swansea’s Marc Hobbs. Teweldebrhan clocked 31:15 while Hobbs crossed the line not far behind in 31:24. That time represents the 30:01 athlete’s fastest since 2014.

Barnes’ closest rival was the consistently excellent Rachel Felton from Shaftesbury Barnet, who posted a 35:02 result, while Micky Morris Runners’ Natasha Cockram’s 35:23 proved her 35:11 clocking from the recent Cardiff 10km was no fluke.

Framlingham’s Andrew Rooke and James Reeder (unattached) both scored themselves PBs when they crossed the line second and third respectively in 67:31 and 74:19.

The runner-up in the women’s race was the light racer Daisy Glover from Newmarket Joggers. Glover always makes every race count when she turns up, and has a very useful 76:52 PB to her name. She clocked 79:14 at Ipswich, well ahead of third placed Rebecca Smith, who crossed the line in 92:45.

Emily Collinge placed a fantastic 7th, just three minutes behind the winner. Collinge has impressive mountain running pedigree, having previously claimed the European title and won a world silver medal on the up and down courses.

With Sarah Tunstall finishing a superb 10th and Emma Gould 22nd, the British women’s team earned themselves a silver medal for their efforts.

The top Brit in the men’s race was Moorfoot’s young star, Jacob Adkin, who finished a phenomenal 6th. He was backed up by strong performances from Christopher Arthur in 16th and Andrew Douglas in 25th.

It was an impressive home win for Bury’s Ben Coop when he clocked 32:23 to win convincingly from Leeds City’s Jon Walton. Both men clocked PBs, with Walton’s 33:32 a best by over 30 seconds, a significant improvement for the 48 year-old. Ian Carruthers took third in 34:31 in a well spaced out top three.

The top two women were closer matched, with Sarah Thomas just edging Emma Richardson (both unattached with a 40:55 result to Richardson’s 41:15. Third prize went to Hannah Price, who recorded a 41:32 result.

Lincoln Wellington’s elite stable of athletes produced the top two finishers here when Will Strangeway took victory ahead of club mate Ryan Page. Strangeway’s winning time was 70:48, with Page less than a minute behind in 71:46. Otley AC’s Scott Harrington tried in vain to catch Page, just missing the second prize by 12 seconds in the end.

Hallamshire Harriers’ Charlotte Ward clocked 84:23 to take the women’s race on her debut over the distance. She headed off Scunthorpe & District’s comeback kid, Nicola Curtis, who finished with a new PB of 84:34.

Curtis and her twin sister Lindsay Skinner have been grinding their way back to top form, having been top athletes ten years ago, both holding sub-35 minute 10k PBs from 2008. Skinner was also in action in today’s half marathon, although she was disappointed with her 88:21 result.

Swansea’s Philip Matthews took a classy win in Worcester with a 69:40 result, although he had Wreake & Soar Valley’s Dan Hallam breathing down his neck the whole way. Hallam just missed his 70:01 PB by a mere four seconds when he crossed the line in 70:05.

Prolific racer and ever green V40 Stuart Hawkes from Tipton was some way off his 66:44 best, but still managed third place in 71:15. Bournville Harriers’ Nicola Sykes took the women’s title in 81:31. The Man vs Horse runner-up from 2017 is always a tough competitor. Rugby & Northampton’s unstoppable V50 Sarah Davis ran a top time of 87:44, her fastest time this year. She did well to hold off a charging Catie O’Donoghue from Bristol & West, who smashed her PB to pieces by a huge 18 minutes when she clocked 88 minutes exactly.

Today also saw the 10th running of the English Half Marathon in Warrington, but unfortunately, the results have not yet been finalised.

Joshua Grace ran a sub 15 minute time of 14:52 to record the fastest men’s parkrun time in the UK on Saturday, while Tiffany Penfold took the women’s honours with a 17:41 run at the Workington event.

The fastest times at parkruns in the UK this weekend can found here.