British runners impress across the UK and Europe – weekend round-up 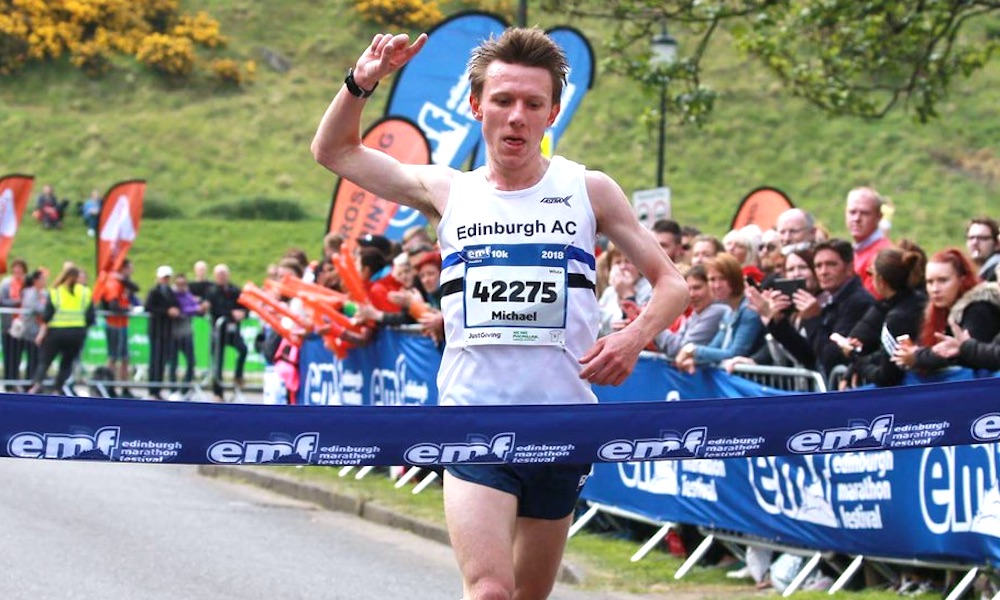 It was a weekend of European victories and competitions for British athletes on the road and track, while fast times were also seen in the UK.

Luke Traynor won the České Budějovice Half Marathon and you can read all about it here, while a report on Andrew Davies and his fellow British veterans at the World Masters Mountain Running Championships can be found here. On the track, a number of British middle-distance athletes were in action in Belgium and the Netherlands.

In the UK, 10k and half marathons were the flavour of the weekend on the roads in Alloa, Derby, Worthing and Woodhall Spa. While Cardiff hosted the combined British Athletics League and UK Women’s Athletics League fixture and a report can be found here.

Mike Christoforou, fresh from a victory at the Edinburgh 10k, ran a four-minute PB to win the Alloa Half Marathon in 68:12. Could it be down to the training sessions recently shared with Fast Running?

In the women’s race, Hungarian 2:39 marathoner Fanni Gyurko of Central AC won by almost two minutes in 80:21 and was followed home by Falkirk Victoria’s Claire Moffett in 82:20. Sheena Logan of Fife AC was third in 85:18.

Steven Bayton was the first across the line in Derby clocking a winning time of 68:33. The 2:19 marathoner was three and a half minutes clear of second place Dave Archer of Hallamshire (72:07) and Andy Harding of Belper Ten Twenty (73:47).

It was another victory for the Allison Benton Training (ABT) group with footballer turned distance runner James Westlake setting a new course record at the Worthing 10k with a fantastic PB of 30:31.

Another great performance from @08Westlake, winning the Worthing 10k this morning in a new course record and PB of 30.32. Well done Westy! @ABTrainingGroup @CrawleyAthletic @BonifaceMassage pic.twitter.com/GDO9SoTgGp

The Crawley runner recently saw some “bants” with club 10k record holder Tim Hutchings about the Sussex club’s record and it is good to see the young athlete moving in the right direction. There is apparently a betting school open on who will be the first within the successful training group to break 30 minutes, and Westlake is the current favourite.

Serpentine’s Andy Greenleaf was second in 30:58 and Jonathan Cornish of Hercules Wimbledon was third in 31:14.

The ladies winner was Elspeth Turner of Horsham Blue Star Harriers. The V50 ran an excellent 37:22 to hold off Rebecca Bunting of London Hearthside (37:50) and Emma Gill of Brighton and Hove AC (39:21).

Chloe Hubbard of Newark Athletics ran 37:24 for the victory in the women’s race, followed home by Sophie Wallis, another Lincoln Wellington runner, in 38:50. Emily Foran of Seaford Strides was well under 40 minutes in 39:05 to take third place. Sarah McDonald, Melissa Courtney and Katie Snowdon were in action in the women’s mile race that was won by USA’s Jenny Simpson in 4:25.71.

In the men’s 800m Jamie Webb ran under 1:46 for the first time to take the victory in 1:45.73, while Daniel Rowden finished second with a PB of 1:45.83. Both athletes achieved the qualifying standard for the European Championships.

Fresh from a superb fourth place at the World Trail Ultra Championships, British ultra runner Jon Albon, based in Bergen, Norway, took the victory in the competitive Skyrunning world series race on the Portuguese island of Madeira.

The obstacle course world champion also has impressive marathon speed, twice winning the Bergen City marathon, not a flat course, with a PB of 2:26:20. The runner comes into his own when there are obstacles en route, be them man-made or physical in the form of rocks and mountains.

The women’s race was won by recent World Trail Champion Ragna Debats of the Netherlands. Anyone who feels they cannot be a world-class mountain runner if not born in the mountains should look to Debats for inspiration.

After briefly enjoying a lead on Mo Farah at last Monday’s London 10,000, John Beattie was the fastest at parkrun on Saturday. The Newham & Essex Beagles runner clocked 14:57 at the Clumber Park event.

Junior athlete Holly Page clinched the top women’s spot with a big parkrun best 16:52 at Dulwich event. A round-up of the 10 fastest times at parkrun this week can be found here.

Who was the quickest at parkrun yesterday? …while a 63 year-old starred at the @cleeparkrun.