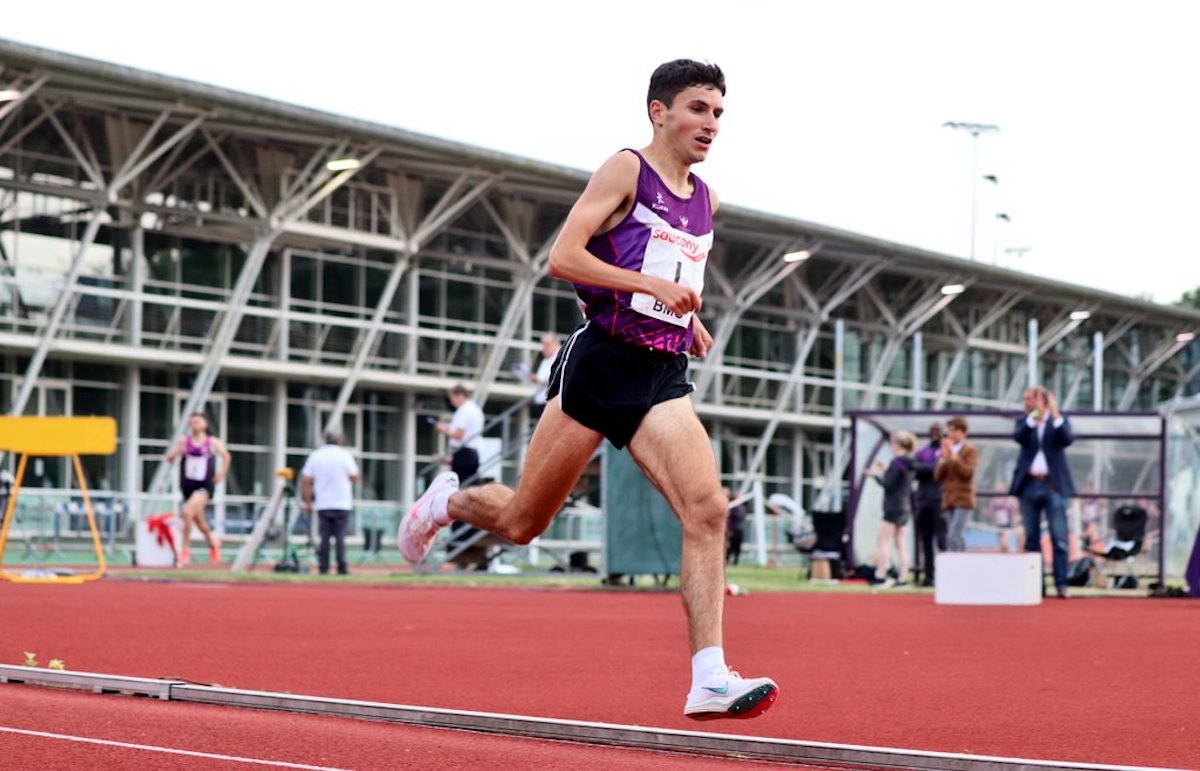 Parkrun is back, the Olympics are here. Do not adjust your sets, this is real life. While we wait for the Olympic feast to fully kick in when the athletics start at the end of this week, here’s a substantial meal to keep you going as you wait.

Hot on the heels of last week’s Gold Standard meet in Birmingham the British Milers Club was back for their Loughborough Grand Prix yesterday. Ben Greenwood won the 1500m in style as he took  a massive seven seconds of his personal best, crossing the line in 3:41.75 and edging out Ireland’s Darragh McElhinney who ran 4:41.76 and James Heneghan of Cardiff with 3:42.53. The race saw eight men run sub 3:45.00. Across the A, B, C and D races 26 men ran inside 3:50.00.

A great night at the @BritishMilers Grand Prix in Loughborough. Brilliant to see @_patrickdever go sub 4 in the Gandy Mile.The @LboroAthletics & @LboroSport did the Gandy man proud tonight.Enjoyed being part of the experience working on the🎙️ Already looking forward to nxt yr pic.twitter.com/VP62ip6mIt

Earlier in the day, many had gathered to remember endurance coach George Gandy who passed away earlier this year. It was only fitting then there was also some racing to celebrate his life and honour of winning the inaugural George Gandy Memorial Mile went to Patrick Dever in a new track record of 3:58.63. He was chased home by Tom Mortimer in 4:02.24 and Benjamin West in 4:05.22. The race saw PBs for 11 of the 13 starters.

If you were watching the live stream then your heart would have gone out to Jenny Nesbitt who ran a commanding 5000m and finished first in a tantalising 15:34.86. Jenny has been pretty clear in her goal of running the Commonwealth Games qualifying time of 15:30:00 and her head in hands moment after crossing the line showed just very real (but good natured) frustration she felt. It is that combination of love for the sport but drive to compete which makes her the athlete she is. Abbie Donnelly was second in 15:53.25, followed over the line by Hanna Irwin in 16:11.69.

Full results can be found here

Earlier in the week BMC regional races were held at Chester-le-Street on Monday. There was only the 1500m on offer in the regionals and Cameron Deverill (U17 Giffnock North) was the man of the night, taking his win in a PB of 3:55.83. Christopher Perkins was runner up, with 3:56.67 for Birtley with Kieran Reay of Tyne Bridge taking third in 3:56.96. There were very few ladies competing, but Millie Howard of Harrogate didn’t let that stop her and ran the fastest female time of the night in 4:20.35.

Elsewhere on the track at the Ashford Athletic Open Meeting  Louis Small ran 8:49.51 for the win over 3000m

There was a fair bit of Masters and Veterans action this week. On Saturday at the Ayleshire Athletics Arena in Kilmarnock it was time for the  scottishathletics Masters 5000m Track Championships (including Open 5000m). The top three men all came away with PBs on top of their podium spots. Gala Harriers’ Callum Tharme took gold in 14:49.96, Lewis Rodgers finished in the silver position with 14:53.28 and Peter Avent walked away with Bronze and a time of 15:11.4. The women’s race was more spread out –  Inverclyde ACs Nynke Mulholland comfortably took the championship title in 17:49.06 beating Kara McKenzie-Tair in 18:02.03 and Fiona Matheson’s impressive V60 run of 18:38.65

Meanwhile in England the Veterans AC 5000m Championship in Wimbledon saw two ladies dip under 20minutes – Anna Critchlow (V50) who won in 19:08.72 and Ginevra Stonely (V45) a little behind her in 19:32.85. The men’s race had a clear winner in V40 Richard McDowell who ran 15:35.46, leaving Ben Paviour and Andy Bond to battle for second and third, with Paviour finishing in 16:24.97 and Bond in 16:25.32. The Northern Masters 5000m track championship also took pace this week but results are pending.

There was plenty of action on the roads generally this week. Earlier today the  Helena Tipping 10k took place in Wrexham. Samantha Harrison continued her run excellent form by winning the women’s race in 32:56, beating Sophie Woo (34:55) and Sara Willhoit (35:05).As with last year’s race, there was one man who ducked under the thirty minute mark. This time it was Matt Clowes who ran 29:53 for the victory, with Nigel Martin and Daniel Connolly taking the runner up spots in 30:31 and 30:55.

Natasha Cockram took a fine win against strong competition at the ASICS 10k in London. Her time of 33:37 was enough to take victory ahead of Lauren Heyes (33:52) and Verity Ockenden (34:44) in second and third.

Andrew Heyes took the men’s victory in 29:25 also beating a very strong field with Josh Griffiths second in 30:05 and Scott Overall third in 30:26.

During the week the Bedford Harriers Doug Anderson 5km saw Jack Goodwin run off with the prize in 14:50 – nearly two minutes ahead of Mohammed Elbayan’s time of 16:14.  There was an even more convincing with at the Runlwade 10k where U20 Fintan Kavanagh left the competition for  dead. Sittingbourne’s Kavanagh finished 5 minutes head of the rest of the field, breaking the tape in 35:16. The Romney Marsh 10k also took place but results are pending –

The Draycote Water Midweek 5 & 10k  wasn’t a veterans race on paper but in practice, maturity won out. Finlay Finlay (really?) saw off the competition to take a 10k win for the V40s in 34:53 and Julie Robertson represented for the V60s beating all the other ladies in her time of 46:27. Over the shorter distance the M50s took the victory thanks to Mark Baker’s 21:24 and Sara Northover’s 23:38.

RunThrough had their usual slew of races. Midweek honours wend the Ian Allen at Chase The Sun Coventry where he broke the tape in 33:40 and Katherine Robinson who was seventh overall and first lady in 42:11. At the equivalent race in Clapham Sophia Tuckerwon the women’s race in 44:46 and Ben Carr bagged the men’s victory in 35:43. There was also a 5k option there, which saw Dave Edwards finish first in 17:25 and Jessika Ferreira in 21:57.

Run through Newbury Racecourse was a multi-distance affair. Over 5k Michael Beckett led the field home in 16:20 and Kathy Leach did the same for the ladies in 22:38. Stepping up to 10k, it was David Bell and Phillipa Bowden who went home winner, in their times of 33:49 and 34:41 respectively. And finally for Newbury, James Turner won the Half Marathon option in 74:53 and Sophie Carter came home eight overall and first woman in 87:27.

Aly Dixon was teaching her legs new tricks this week as she tried her hand at trail racing,  winning the Willow Miner Race (5.7 miles) in 42:19, with Graeme Watt winning men’s honours in 38:11.

Trail runners are a different bread!!

I'm only smiling here because I can finally see tarmac!!

It was nice to get out of my comfort zone and try something different though.

Thanks @elvetstriders for a 'great' race.