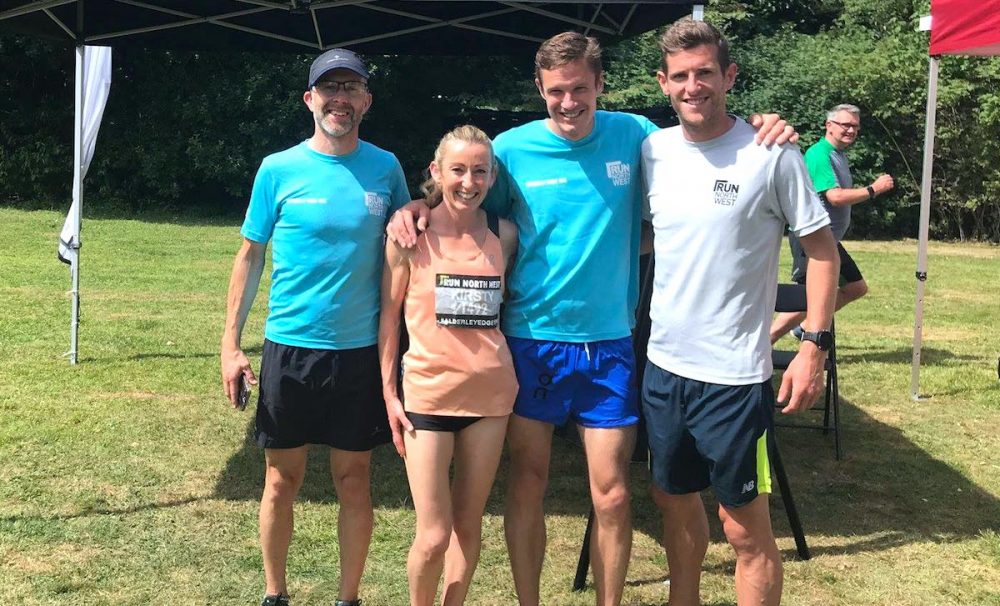 Heatwave continues to make runners sweat at races, but results were still impressive at the Serpentine 5k, 10k’s at Lincoln, Alderley Edge, and half marathons at Richmond and Compton Verney, while overseas British runners starred on the mountains.

The weekend’s road racing action kicked off on Friday with the Serpentine’s Last Friday of the Month 5k. Thames Valley Harriers’ Sarah Johnson was a runaway winner when she won the latest edition of this monthly race through Hyde Park by more than 90 seconds.

Her time in victory was 18:11, ahead of South London’s V50 Susan McDonald and Highgate Harriers’ Lisa Wenninger, who ran 19:43 and 20:09 respectively.

Ealing, Southall & Middlesex provided the winner of the men’s race, with Jamie Taylor-Caldwell just heading off Serpentine’s V35 Andy Greenleaf in 15:27 to Greenleaf’s 15:30. Jackson Alves was third in 15:48.

Ben Morrow from Ballymena Runners was convincing in victory at this stunning event, which takes place along the Antrim coast road from Cushendall to Larne. The V35 won with a time of 2:43:55, well ahead of Mallusk Harriers’ V45 Mark Smith’s 2:50:26, while V40 Chris Denton from Springwell took third place in 2:53:25.

Denton’s club mate Karen McLaughlin fared better when she won the women’s race in 3:18:01, which was also a PB for the V45 athlete. McLaughlin’s fellow V40, Patricia Blair, wasn’t far behind when she finished second lady for Larne in 3:20:13. Linda McDougall was third in 3:28:51.

Ben Fish, who features on Fast Running as part of the Fast 10: class of 2018, was the winner at this popular Cheshire event, with the Blackburn Harrier crossing the line well clear in 31:49.

It was a competitive affair, with Tipton Harriers’ Stuart Hawkes – on a roll with recent wins at the Brighton marathon and the Market Drayton 10k as well as PBs over 3000m, 5000m, 5k, 10k and the marathon – also contesting the title. On this occasion he had to settle for second place in 32:20, but he too was well clear of Chris Williams, who ran 32:58 for third.

Another athlete excelling this year is Liverpool Pembroke Sefton’s Kirsty Longley, and the V40 added the title here to her growing list of victories in 2018.

Happy for Ben Fish and I to come 1st in the Alderley Edge 10k. Both running comfortably for the win and being sensible in the heat.ON Running Ambassadors wearing our amazing Cloud Flash @on_runningUK @on_running @runABCnorth @runnorthwest @FastRunning_ pic.twitter.com/3MbBrNqlJu

Although this race is now organised by Run For All, the ‘home’ club Lincoln Wellington utterly dominated proceedings on one of the hottest days of the year so far. The event had had to be cancelled then rearranged from it’s original March fixture due to heavy snow, so it was ironic that it was intense heat that greeted runners as they arrived to the cathedral city on Sunday morning.

Joe Wilkinson took the win in 30:39 ahead of his three Lincoln team mates, with Lucian Allison and Will Strangeway finishing second and third in 30:41 and 31:40 respectively, while Ryan Page was fourth in 31:48. Lincoln’s Abbie Donnelly defied the heat to post a PB of 35:01 to comfortably see off competition from second placed Cloe Hubbard from Newark AC, who ran 37:36, and her club mate Rebecca Gallop’s 37:42 for third.

No clubs were given in the results for this event but it’s fair to say every athlete gave their all in the searing temperatures in Richmond to post times which reflected the London heat.

Stephen Iwanek was the overall winner in 84:32, with Juan Casasbuenas’s 86:58 good enough for second. Christian Folliot just held off competition from Glen Lewis to cross the line third in 87:37 to Lewis’ 87:52.

Trismart’s Julian Ayres was victorious at this Warwickshire half marathon when he crossed the line first in 81:29, just under a minute ahead of his nearest rival, Keith Burden, who ran 82:18 for second. Banbury Harriers’ David Hollidge was some way back in third with 86:02, but was second veteran to finish behind Burden.

Lily Patridge was set to continue her European Marathon build-up in the German city on Sunday, but a non-serious ankle injury halted her progress mid-race after coming through 10km in 33:50.

Partridge who became the British marathon champion at the London Marathon in April just completed a period of altitude training, and the injury first flared up a few days before the race.

Patridge expects to be back running normally soon, saying on Instagram: “Tough day today in Hamburg! My ankle locked up a bit on Thursday whilst still in Font after a session on Wednesday and I thought with the small taper into this race it would settle but with the travelling the past few days it just meant it didn’t get the offloading necessary.

“I strapped it before the race to give it some additional support but made a decision after going through 10km in 33.50 to stop as the pain was getting worse and needed to prevent any further damage. Thanks to Volare Sports for allowing me quick access to their physio! He has given the all clear and told me to have a few days easy and should be good to go again. The fitness is there but need to take a few days to reset and let it settle now before I go again.”

Jack Gray and Charlotte Taylor-Green ran the fastest times this weekend at parkruns across the UK. Gray of Cambridge & Coleridge ran a nippy 15:03 at the Cannon Hill event in Birmingham, while Bristol & West’s Taylor-Green took the women’s top spot with a 16:59 performance in Cardiff.

The top 10 runs from parkrun can be found here.

It’s not a race… but that didn’t stop the men this weekend, with the top 10 performances coming from just five parkruns across the UK.