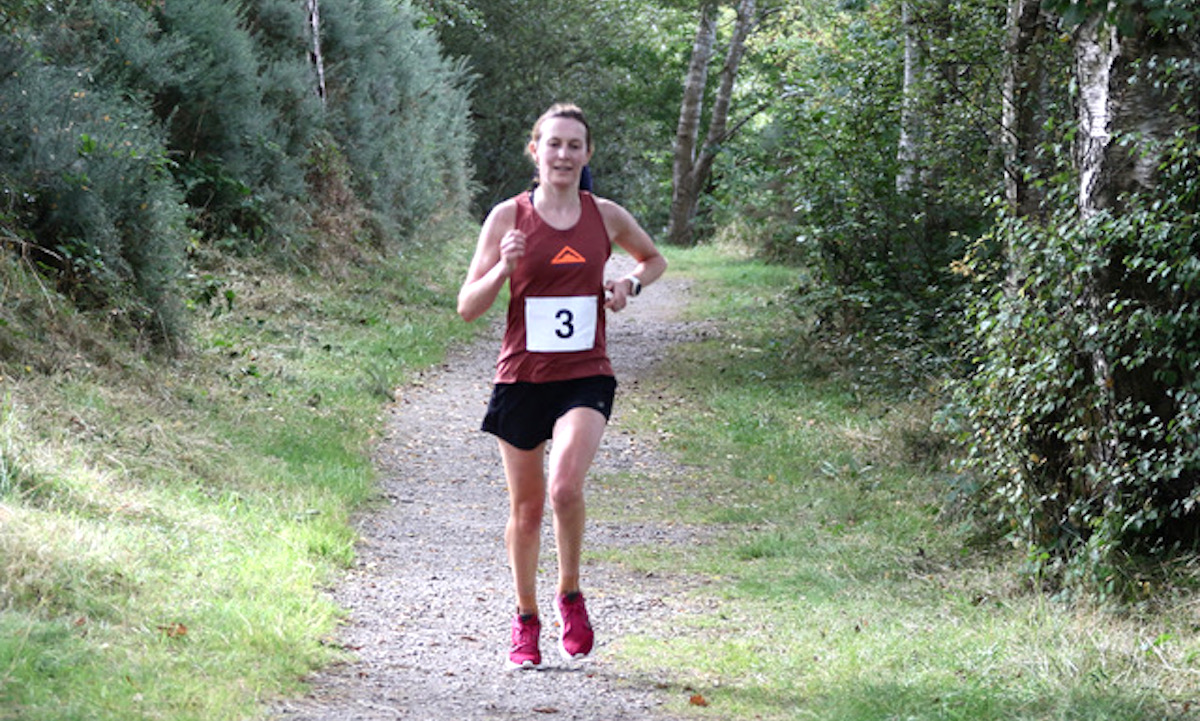 Former Irish junior Internatinal Aislinn Crossey continued her comeback to athletics after a long lay-off when she finished first woman and third overall at the Run Anon 5km on the Nutts Corner Circuit outside Belfast on Sunday (September 12) in 16 mins 6 secs.

Crossey was a rising track star in the early part of the decade, but last raced on a track in 2016. In recent months, she has begun a gradual comeback, sticking to low-key road races. Aislinn Crossey leading the way at the Run Anon 5km.

Ciobanu and McCambridge class of the field over 10k

A day earlier on Saturday (September10), Sergiu Ciobanu and Maria McCambridge were the winners of The Lakes 10km held in Blessington, Co Wicklow.

Ciobanu, a four-times Irish marathon champion and member of Clonliffe Harriers, was a comfortable overall winer in 20 mins 49 secs. Second in 32:30 was Jamie Gahan of Portmarnock AC who was also first M40. Brishan O’Brien was third in 33:11.

McCambridge finished twelfth overall and first woman in 35:49 Her DSD AC clubmate Nimah Devlin was second woman in 37:39 , with Grace Kennedy-Clarke of Donoree Harriers third in 40:41.

Host club Lakeshore Striders AC picked up a few age-group prizes with Jim Scott first M50 in 43:45 and Mickey Freehill first M60 in 53:01. First women over 60 was road racing stalwart Nuala Reilly of Drogheda and District AC in 50:24. A total of 194 completed the race.

On the same day, a half marathon and 5km was taking place in Rathoath Co, Meath. Colin Maher of Ballyfin AC won the half marathon in 70 mins 17 secs with Rachel Birt of Kilgarry RC first woman in 80:42. First home in the 5km were Eoin Smyth of Tara AC in 15:54 and Mary Mulhare of Portlaoise AC in 17:21.

Winning the Washingbay Green Half Marathon in Co Tyone I with a time of 70:59 was Aaron Woodman of Willowfield Harriers. Tommy Hughes of Strive AC was second and first M60 in 73:29. First woman was Natalie Hall in 82:4.

Also taking place at Washingbay was a 10km won by Eoin Mullan of Omagh Harriers in 32:01 and Gemma McDonald of Ballycastle Runners in 40:39 and a 5km, where the winners were Gavin Corey of Strive RC in 15:28 and Briege Coyle of Na Fianna AC in 19:11. A fast start to get ahead of the crowds

Winning the Lakers Roundwood Reservoir 10km on Sunday (Septemebr 12) was Robin Mooney of Sli Cualann AC who, a day earlier, had finished fourth in the Blessington Lakes 10km with a time of 34 mins 26.

In Roundwood, Mooney proved the class of the field winning in a time of 36 mins1 sec – an excellent time for a trail race held on the narrow paths around the Vartry reservoir.

Mooney, along with Darren Cullen and Shane McCarthy, pushed the pace from the start a. Cullen’s time for second place was 36:14, while McCarthy clocked 36:32.

First woman was Brianne Mulvihill in 43:57; Brianne is better known as a triathlete and cyclist. She was followed home by Isobel Lynch and Emily Harty.

On a most enjoyable day out, all finishers were treated to lashings of tea and BBQ burgers after the race, which was in aid of The Lakers, a support group for adults and children with intellectual disabilities.

Patrick McNiff of Newcastle AC was the winner of the Ards 5-Mile on Friday (September 10) . Sarah Lavery of Beechmount Harriers was first woman in 29:51.

Katie Kirk rounded out her season with victory and a personal best in the women’s 800m at the Belfast International at Mary Peters Track Belfast on Saturday (September 11).

Sarah Healy’s staus in international athletics continues to rise and result in an invitation to turn in the 1500m at the Zurich Diamond League on Thursday (September 9). At the back-end of a long, hard season Healy finished tenth in 4:18.60 and can now look forward to an even better year in 2022.

The same goes for double Olympian Michelle Finn who lined out in the steeplechase at the the 100th ISTAF meet in Berlin on Sunday (September 12). In her final steeplechase of a packed season, Finn clocked a time of 9:55.96 for tenth place.

Cross country is started across the pond

Laura Mooney of Tullamore Harriers had the narrowest of wins in the women’s 5000m race at the Friar Cross-Country Invitational at Attleboro, MA on Friday (September 10)

So close was the finish that Mooney and second placed Lily Tuck were given the same time of 17:51.4. Finishing third was Orla O’Connor of Waterford AC in 17:58.2, while seventh was Alex O’Neill of Ennis TC and tenth was Holly Brennan of Cilles AC in Co Meath. Brennan, like Mooney, is a freshman at Providence College, where O’Connor and O’Neill are both juniors.

In the men’s 8000m race, David McGlynn, of Waterford AC, a senior at Providence, finished third.

Sorcha McAllister of Westport AC, and Irish U23 international athlete, finished 20th for Boston College with a time of 18:10.3 in the women’s 5km at the Ken O’Brien Minuteman Invitational at Amherst, MA on Saturday (September 11).

In Arkansas, Bandon AC’s Fionn Harrington made a promising debut for Central Arkansas at a cross-country challange, finished second in the men’s 5000 in 15:26.7 and helping his team to victory.

At the Mountain Dew Invitational 4km in Gainesville, Florida, Shane Bracken of Swinford AC, a senior at Saint Leo University, won the men’s 6km race, in 18:18.7.

Freshman Anna O’Connor of Waterford AC (Orla O’Connor’s twin) finished ninth in the women’s 4km in a time of 14:28.0, with her team finishing fifth. Also on the team was junior Aoife Mahoney from Listowel who finished 38th.

For Adams State in Colorado, Ava O’Connor of Tullamore Harriers finished fourth in the women’s 4km at the Joe I.Vigil Cross-Country Open hosted by the college at its grounds in Alamoso on Saturday (September 11). Roisin Treacy of Dundrum South Dublin AC was 25th in the same race.