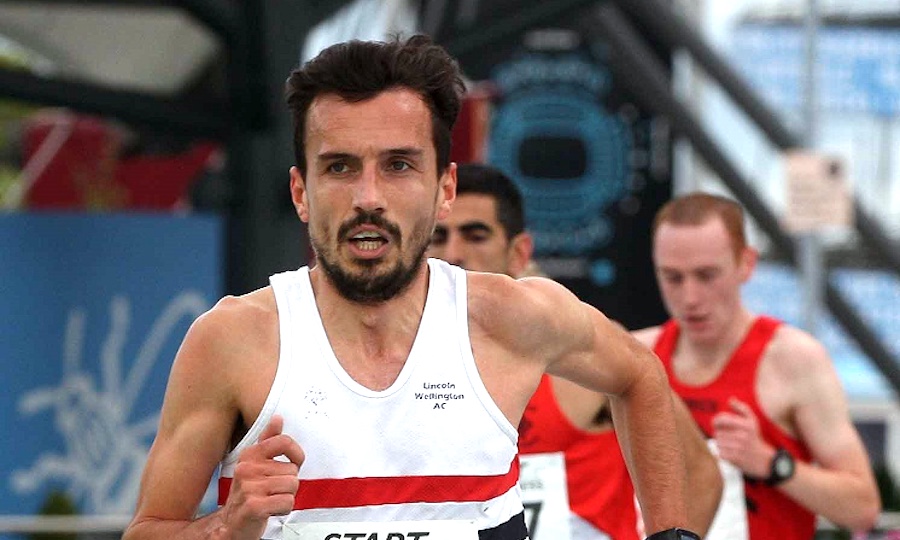 The British duo star in Frankfurt, Callum Hawkins returns to his best in Valencia, while runners impress at the Snowdonia Marathon, Accrington 10k and British Masters Cross Country Relays.

Lincoln Wellington’s Aaron Scott was the best of the British contingent at the Frankfurt Marathon on Sunday (October 28).

Inverclyde AC’s Craig Ruddy clocked a big PB of 2:17:44 – running his fastest 5km split between 35km and 40km – to finish 25th overall. It was Ruddy’s first time under 2:20 and is the fastest marathon this year by a Scottish athlete.

The next British athlete across the line was England’s Matt Sharp in 28th place in a time of 2:19:17, with marathon debutant Ryan Burling of Guernsey AC 29th in 2:20:10.

Hallamshire / Sheffield Uni’s Steven Bayton was just one minute off his PB with a 2:20:41 clocking in 30th place.

Callum Hawkins moved to number two on the 2018 UK rankings after a 61:00 run at the Medio Maratón de Valencia Trinidad Alfonso on Sunday (October 28).

The British international finished 16th overall and first European as Kenyan athlete Abraham Kiptum stormed to a 58:18 win to break the world record. A full report can be found here.

Russell Bentley and Anna Bracegirdle won the 36th edition of the Snowdonia Marathon in Llanberis on Saturday (October 27).

Bentley, who won the title in 2016, returned to claim the men’s title in 2:38:21 almost five minutes ahead of second placed Martin Green.

It was the Kent AC athlete’s fourth marathon this year after a second place finish at the Chester Marathon at the beginning of October, following on from runs in London and Berlin.

Robert Weekes clocked 2:45:51 to finish third in the renowned race that starts and finishes at the bottom of Snowdon and includes 2750ft of climbing.

Notts AC’s Alastair Watson ran 9:32 to record the fastest leg of the day in the men’s race, while Derby’s Lisa Palmer-Blount posted the women’s fastest leg in a time of 10:38. In the W45 race, Clare Elms and Michelle Lennon helped Dulwich secure the win ahead defending champions Bristol and West.

Sheffield won the M55 race, while Bingley eased to the W55 crown.

Oxford City were crowned winners in the M65 race ahead of Barnet, while Westbury won the W65 race and Bingley took the honours in M75 race.

Edinburgh Uni Hare and Hounds completed a superb hat-trick as they won the senior women’s golds at the Lindsays National XC Relays for the third successive year at Cumbernauld on Saturday (October 27). Blackburn’s Fish, who has been sharing his running journey this year on Fast Running, finished over two minutes ahead of clubmates Jack Hindle in 33:41 and Ben Costello in 33:48.

Blackburn Harriers dominated the men’s race with seven of the top eight places.

Steph Twell won the women’s race and finished third overall at the River Thames Half Marathon on Sunday (October 28).

The British international clocked 74:01 a week after finishing second at the Great South Run 10 miler in Portsmouth.

Belgrave Harriers Andrius Jaksevicius was the overall winner in 71:36.

Great Britain’s Josh Griffiths finished seventh at the Dublin Marathon on Sunday (October 28). Welshman Griffthis clocked 2:16:09 on his second visit to Dublin this year after running 49:41 at the Frank Duffy 10 mile road race in September.

This 13.8 mile mixed terrain race in Croy, Scotland is organised by James Stewart, from the Fast 10: class of 2018, and straight from the off Brian Sharp was being tracked by Adam Park, with Martin Gray keeping in touch all the way.

The top three remained that way until the last two miles, when Park took a wrong turn and was gazumped by Connell Drummond for third, with Sharp winning in a time of 86:18 from Gray.

In the ladies race, Rachel Normand and Lynne Allen had another epic battle and while Allen took the honours in May’s 10km ATRX, Normand edged her out here to win in fine style and to take seventh overall in 1:36 flat. Allen came in 1:39:07 with Mary McCutcheon taking third place, also under 1:40.

Pollock recorded 14:56 at the Belfast Victoria event, while Viner clocked 16:45 at the Hackney Marshes parkrun on Saturday morning. This week’s parkrun top 10 can be found here.