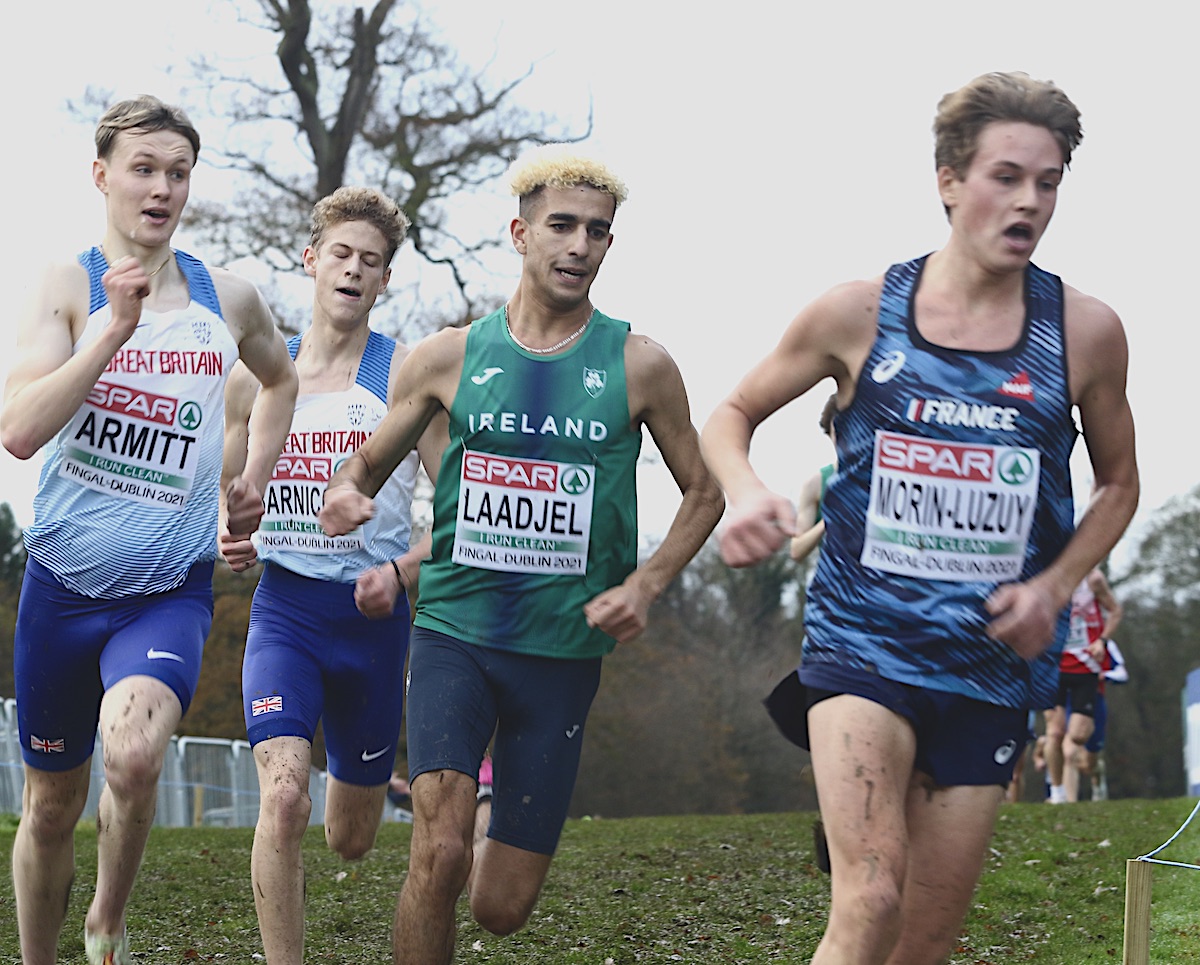 It was a quiet weekend for Irish endurance running, but Lindie Naughton still has all of the action we could find.

Abdel Laadjel of Donore Harriers made a small piece of Irish athletics history when he broke the national U20 10,000m record at the Raleigh Relays Meet in North Carolina, USA, on Friday (March 25)

In the same race, senior athlete Barry Keane of Waterford AC finished a fighting second in 28:15.60 to finish in second place, less than two seconds behind the race winner.

Efrem Gidey of Clonliffe Harriers and Fionnuala McCormack of Kilcoole AC were runaway winners at the Dunboyne 10kms on Sunday (March 27).

Gidey, who was on his own almost from the gun, finished in 28 mins 25 secs — a minute and forty-five seconds ahead of Jake O’Regan from St John’s AC who was second in 30:10.

McCormack, a four times Olympian, finished eleventh overall in 32:27. Finishing second in 34:56 was Ciara Hickey of Brothers Pearse AC. With the race held in perfect conditions, both winning times were course records.

In the club competition, Mullingar Harriers proved best of the women, with 78 points, Crusaders AC with 83 points were a close second and host club Dunboyne AC third with 1134 points.

In the Meath Championships, Dunboyne took both men and women’s titles.

Prolific racers Tudor Moldavan of Clonliffe Harriers won the Wicklow Gaol Break Half Marathon on Sunday in a time of 70 mins 18 secs. Given the same time for second place was Sean Hehir of Metro St Brigid’s AC. The pair were the class of the field.

First woman in 86:16 was Niamh Staunton followed closely by Michelle Jordan in 87:11.

Niall Shanahan of An Bru AC won the men’s title in 20 mins 23 secs at the Limerick County Board 4-Mile also on Sunday.

Declan Moore of Bilboa AC was second in 20:46 and Paul Fitzgerald of Limerick third and first M40 in 21:19. West Limerick AC took the senior team category, with Limerick AC best in both the novice class and Masters’ M35 classes.

In Cork, Pat Hennessy of West Waterford AC in15 mins 42 secs and junior athlete Rachael Walsh of Grange Fermoy AC in 20:07 were the winners at the Bishopstown Lions 5km. Dylan McEvoy was the winner of the Maurice Mullins Wicklow Mountains Ultra 50km on Saturday (March 26).

Gavin Byrne finished second and Enda Cloake third on a new longer route from the Pier Gates near Lough Tay to the Glencullen Bridge on Boranaraltry lane and then back to the start.

First home of the women was Sarah Brady, followed by Becky Quinn and Lean Ní Chiobháin.

In the boy’s inter 6000m, Dixon finished second just six seconds behind the winner Robert Price of England. With four finishers in the top 12, the Irish boys’ team finished second behind a dominant England squad.

The English made a clean sweep of all four team titles on offer.