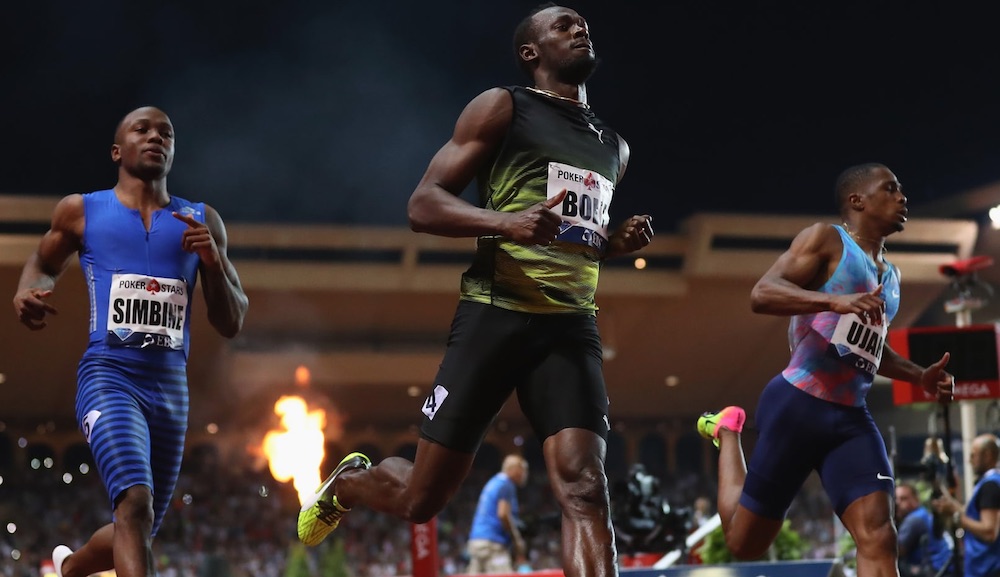 Although his rivals will have seen him in better shape, the eight-time Olympic Champion looks like he will be the one to beat going into a major championships.

Bolt started sluggishly before recovering to take the victory without overexerting too much energy, suggesting he still has more in the tank ahead of next month’s World Championships in London.

The Jamaican star looked a new athlete, compared to the one seen in Ostrava crossing the line in 10.06, last month.

After the race Bolt said: “It was good, I’m going into right direction, still a lot of work to do.

“I’m always here for the fans, and of course I will miss the vibe around the track. Mixed emotions always – happy for my career, sad that it is ending. Sub-10 is always good. It was an exciting race, lots of energy.”

USA’s Isiah Young finished second in 9.98, with Akani Simbine of South Africa in third place in 10.02. Britain’s CJ Ujah finished fourth in 10.02 as well, missing out on third place by hundredths of a second.