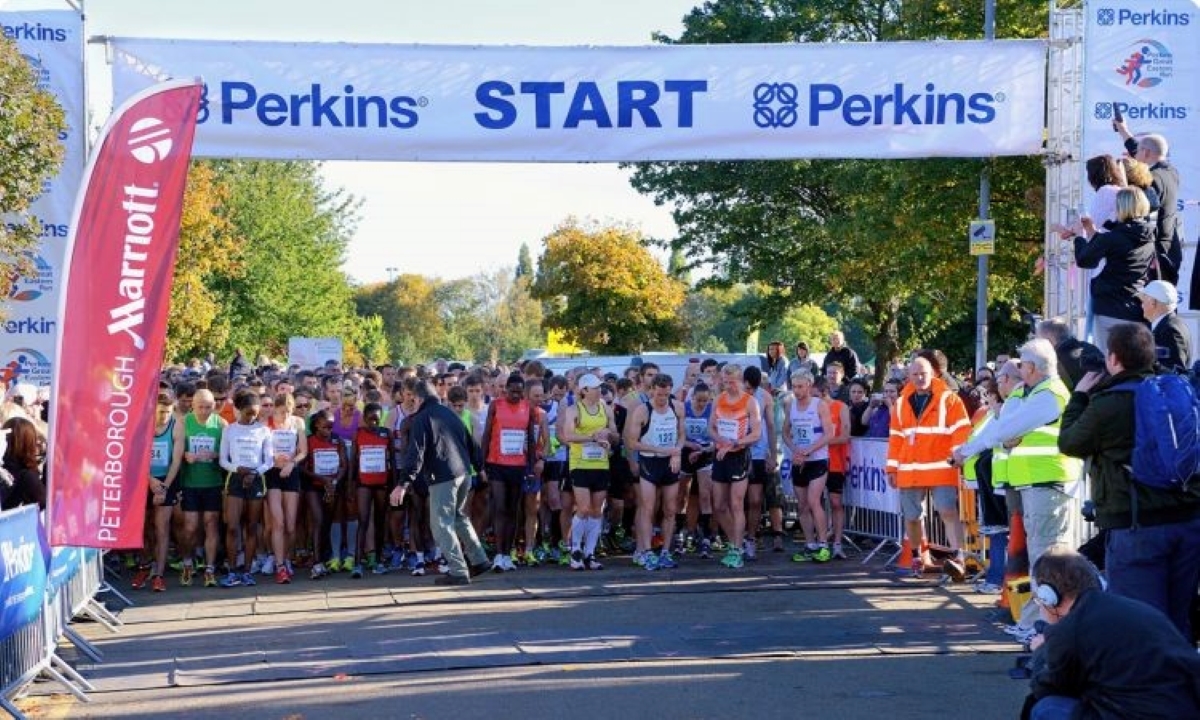 Peterborough Half Marathon is one of those races that club runners love. A flat, fast course with a high qaulity field and smooth, unfussy organisation. We look ahead to this weekend’s race and look at the leading contenders.

Chloe Richardson holds the fastest PB amongst the women’s elite entries. 2019 started well for the Birchfield Harrier when finishing 22nd at the National Cross but it’s on the roads where Richardson has really performed with a big PB over the tough New York City Half Marathon course where she finished 16th in 75:11. In May Richardson claimed one the biggest wins of her career at the Great Birmingham 10km crossing the line in 34:55.

Calli Thackery is likely to be a leading contender. The Rotherham athlete holds a half marathon PB of 75:33 set when finishing 2nd at the 2018 Manchester Half Marathon. Thackery has been in good form in 2019 running 75:54 at the Great Scottish Half Marathon at the end of September as well as notching up wins at Great Grimsby 10km and the Humber Coastal Half Marathon.

Georgia Schwiening of Cambridge and Coleridge is another athlete who will challenging for the win. Schwiening was 4th at the famous Jungfrau-Marathon in September and represented England when finishing 3rd at the Granollers Half Marathon in February. With PBs of 75:24 for half marathon and 34:21 for 10km Schwiening could be the athlete to watch.

Liz Renondeau has had an excellent 2019 with PBs at 3000m and 5km and a strong 10km performance of 35:41 at Cheshire Arley Hall 10K in March. Renondeau ran one of the fastest legs at the Southern Road Relays and can expect to significantly lower her current half marathon best.

In winning the City of Norwich Half Marathon in a time of 80:09 Mabel Beckett took a significant step forwards in her running and it will be interesting to see how she gets on with the flat, fast Peterborough course. Lincoln Wellington athlete Laura Wilkinson is a debutant over the 13.1 distance but after running 36:02 at the City of Stirling 10km last month she looks ready for a quick time over the longer distance.

England runner and 2:16 marathon man Aaron Scott has the fastest PB in the field with his 65:50 clocking at the 2016 Bath Half Marathon. Scott ran 66:25 in windy conditions at last week’s Cardiff Half Marathon and with Frankfurt Marathon just around the corner for the Lincoln Wellington man it will be interesting to see whether he is looking to run a controlled effort or race hard for the win.

If there is to be a battle Scott can expect a good challenge from Shane Robinson and Joe Wilkinson. Robinson ran a huge PB to finish 3rd at last year’s ran running 66:32 and ran 30:40 to finish 4th at Lincoln 10km in April.

Joe Wilkinson joins his two Lincoln Wellington counterparts on the start line and will be looking to improve on his excellent performance when winning Newark Half Marathon in August in 67:29. With a 10km PB 30:16 also set at Lincoln 10km Wilkinson should be considered a leading contender. Aaron Scott on his way to a marathon PB in 2018

Conor Bradley could be the man to watch in the men’s field with a 13:56.52 5000m PB set in August the City of Derry man has also clocked 7:58.30 for 3000m this summer. Adding this speed to his current half marathon PB of 67:31 from last year’s Cardiff Half it will be interesting to see how he goes over the half marathon distance in his first outing this year.

The men’s field includes a number of other possible podium finishers including Andrew Rooke who finished 2nd at the 2018 Great East Run Half Marathon (the similarly titled race in Ipswich) in 67:31. Jonathan Escalante-Phillips is certainly a man capable of winning. With a 10km PB of 30:20 set at the Vitality 10000m, a 14:13 5km road PB at Ipswich Twilight both in May and a fine 2nd place at the John Buckley 10 Mile race in August Escalante-Phillips comes into the race in fine form.

Grant Twist ran 67:20 to finish 7th at last year’s race and after a summer of 800m and 1500m racing the Havering man will be hoping this speed translates into quick times over the longer distances. He will be joined on the start line by 2:20 marathon man Paul Molyneux and 30:28 10km man Conan McCaughey.