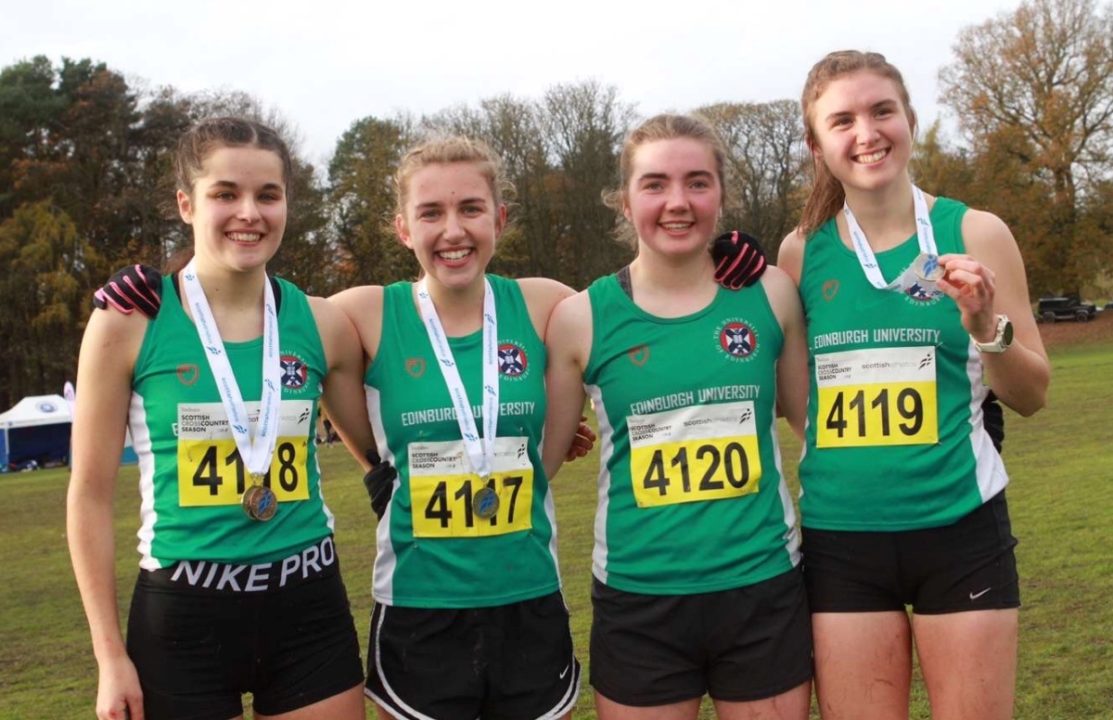 The Covid 19 pandemic has caused all competition, as we know it, to come to a halt. This has, however, resulted in the rise of a new form of running competition; Virtual Races.

We at the University of Edinburgh Hare & Hounds running club, organised the “Scottish Virtual Road Relays” last week and were amazed at the caliber of competitors we managed to attract for this 4x5K relay event. Some of times recorded would have sent ripples through the UK running scene had it been an official race.

The concept was simple, record a 5K run on Strava or Garmin and send us the screenshots of your team of four. The four times were then added together and a results table was created.

Of course there were rules. Only elapsed times would count, no significant net elevation drop and all government regulations and social distancing guidelines had to be abided by. Another rather unique element we added was that teams could be made up of runners from a mix of different clubs, one that made for some interesting team selections.

What we asked for in return was a small donation to SAMH (Scottish Association of Mental Health), a charity we felt, given the current state of affairs, would be great to raise money for and publicise about.

Getting the message out for people to keep healthy, both mentally and physically, while doing so in a safe manner that was in line with Government advice, was something we really wanted to do.

Our event got shared by clubs across the county, as well as some English Universities who got involved. This was also massively helped by a member of the club. Daniel Smith, who is a professional photographer, produced a fantastic video to promote the event. We were also thrilled to get the support of Run and Become who also provided us with pineapples for prizes!

In the end 132 teams entered and 540 runners took part. Not only did this attract many club runners but many top internationals tried their hand at virtual racing too. In the Mixed category (composed of 2 males and 2 females), it was a team which included a GB and a Canadian senior internationalist in Sarah Inglis and Regan Yee respectively, that won. Individually, it was Commonwealth Games triathlete Grant Sheldon who recorded the fastest Men’s time in 13:38. This is a time which, had it been official, would have placed him 14th on the UK all time road 5K rankings. The second fastest time came from GB cross country and orienteering international Kris Jones in a time of 13:51, with Scottish National Cross Country Champion Jamie Crowe running a time of 13:59 to come third.

In the Women’s individual results it was Beth Potter who recorded the fastest 5K time. The GB Olympian who competed in the 10 000 metres at the Rio de Janeiro Olympic Games in 2016 recorded a time of 15:23. This is a time that would have bettered her track 5000m PB by five seconds and would have also placed her 5th in the all-time UK rankings for road 5K.

Behind Beth was fellow GB senior international Sarah Inglis, who ran in the 5000m at the European Athletics Team Championships last year. Sarah recorded a time of 15:57 to finish ahead of Under 20 GB cross country runner Megan Keith, who ran 16:25 to finish with the third fastest female time. Since this race, Scottish Athletics have announced a whole series of virtual running challenges, maybe this is just the start of the virtual race season calendar.

Who knows how low these virtual race times could go with no major events for top athletes to compete in?