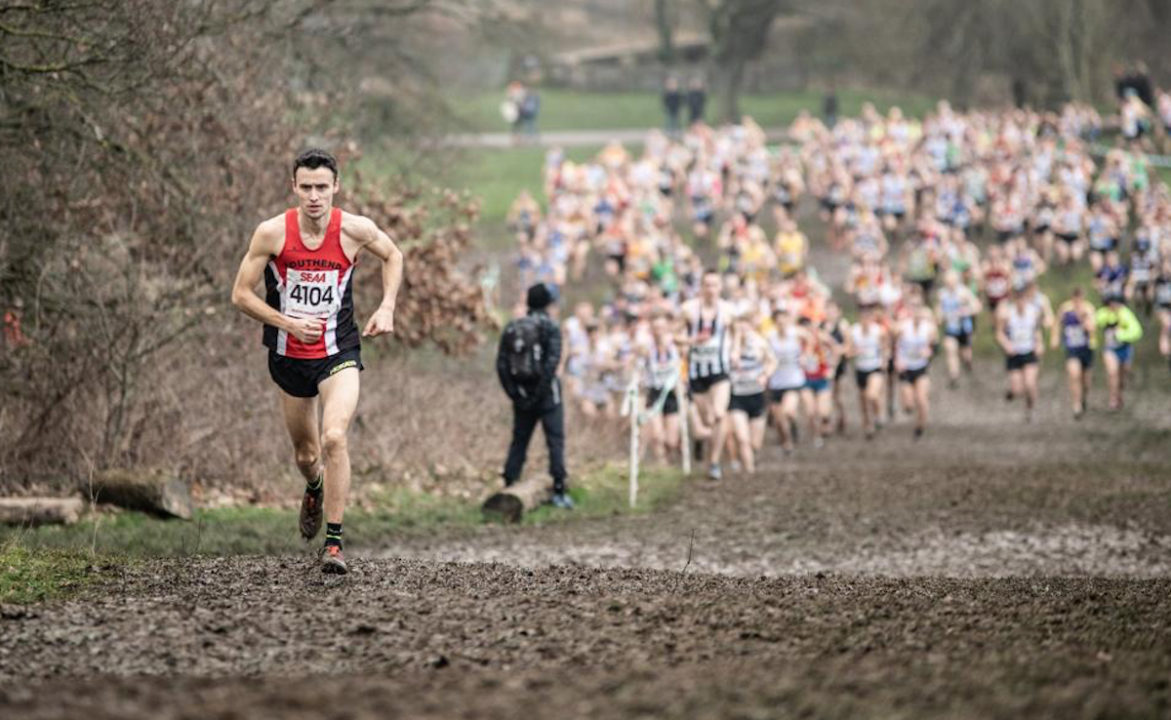 With January drawing to a close, the cross country and indoor track seasons are in full swing on a busy weekend of racing. Hannah Irwin brings you all the action.

Across the world in America, Jake Wightman put his name in the British record books this weekend at the Boston New Balance Indoor Grand Prix.

Wightman competed over the 1,000m distance, crossing the line in second place with a record-breaking time of 2:17.51. The record had been standing since Matt Yates ran 2:27.86 in 1992. Wightman was pipped on the line by USA’s Bryce Hoppel by a 10th of a second!

Also at the Indoor Grand Prix, in the Leonard Memorial Men’s Mile, Chris O’Hare came out on top. O’Hare clocked an impressive 3:59.62 to take the win from New Zealand’s Nick Willis.

🚨 1000m 🚨Congrats to the win, the PB and becoming the 3rd fastest American in history @brycehoppel (2:17.41) and big 🙌 @jakeswightman for breaking the British Record @jakeswightman (2:17.51)💪 @NBIndoorGP pic.twitter.com/FMWwqD4hPa

A different sort of indoor running.

Hungary’s Zoltán Csécsei set a new world record last week by running 286.8km in 24hrs on a treadmill. Csécsei, who was 2nd at the historic Spartathlon and top 10 at the world 24hr Championships in 2019, takes a big leap in performance and will likely enter his next 24hr race brimming with confidence. He’ll at least know he can cope with boredom better than most.

This weekend, athletes took to the home of cross country to compete in the ever testing and challenging conditions at Parliament hill. Thousands of athletes ran through the mud in the South of England Cross Country Championships.

Taking home the win in the senior women’s race, after a strong race running for England in Seville last weekend, was Reading AC’s Jess Gibbon. Gibbon had a solid 20 second lead on Tonbridge AC’s Nicole Taylor. After battling with an injury, Taylor made her return in fine form to prove her strength and determination. Completing the podium was Herts Phoenix AC’s Elizabeth Janes, just one second behind Taylor. The Midland Cross Country Championships saw some fast names out in force in Loughborough. Gemma Steel (Charnwood), bronze medallist at the European Cross Country Champs in 2013, was crowned champion, retaining her title. Steel was shortly followed by Cloe Hubbard (Newark AC) who improved on her finishing position from last year by four places. In third place was Steel’s clubmate, Juliet Potter.

In the men’s race, it was Omar Ahmed of Birchfield Harriers who took home the victorious winning title after a second-place finish last year. The second male across the line was triathlete Ben Dijkstra (Leicester Coritanian AC) ahead of Kadar Omar Abdullahi, Ahmed’s clubmate.

In the Northern Cross Country Championships, Jess Judd, winner of the Euro trials in Liverpool, ran a fantastic race to cross the line first. The Blackburn Harrier athlete had a 25 second lead. It was Georgia Taylor-Brown of Sale Harriers Manchester who earned herself the silver medal ahead of Mhairi Maclennan of Preston Harriers.

Gateshead Harrier Calum Johnson secured himself the position at the top of the podium in the men’s race. It was Joe Steward from East Cheshire Harriers who narrowly landed himself the silver medal just 16 seconds behind Johnson. With just one second between second and third, it was Linton Taylor of Leeds City AC who took home the bronze medal.

In the warmth and ‘comfort’ of the indoor track was the Welsh Indoor Senior Championships. The men’s 1500m win went to Swansea’s Jonathon Hopkins in 3:52.17, his fastest time in three years. In the women’s event, over the same distance, Kate Seary took home the win in a solid 4:37.50.

This year’s winner at the Farnborough Winter Half was Casper Hojsgaard Jensen. Jensen won in a strong 1:10:38, taking the gold medal from West 4 athlete, Chris Mason. Mason was not far behind in 1:10:52, a 32 second lifetime best. In third was Russell Murphy (AFD), also with a personal best time of 1:13:04.

Tracey Barlow gave a strong performance to earn herself a convincing win. Barlow crossed the finish line in 1:15:39, just over a minute and a half lead. It was the Swansea and Welsh athlete, Sophie Harris who came in second in 1:17:15, nearly 3 minutes faster than her previous best time! A close 6 seconds behind was Heather Noone (Woodbridge) with another huge PB of 1:17:22. The BAM Nuttall Freethorpe Ten saw some speedy times clocked by both the men and women. Ash Harrell of City of Norwich made his 10 mile debut a good one, clocking 50:13 for the win. Harrell was followed by Alan Darby (Ely) in 53:29, a solid 32 second lifetime best. To complete the podium, Michael Eccles of Bure Valley crossed the line in 54:15.

Lily Partridge was out racing in Seville Half Marathon and we await official results….

In the IEKAC Pentland Homes Canterbury 10 Miler, plenty of runners took to the roads. It was Abel Tsegay (Invicta East Kent) who secured himself the position at the top of the podium with a winning streak for 5 years consecutively. Tsegay stopped the clock at 52:29, a 3-minute lead. The first female finisher was Helen Gaunt (Tonbridge) in 1:03:56, just 9 seconds off her PB time.

At this weekend’s RunThrough Brixton 10k event, Andrew Inglis of Cambridge Harriers took home the win in 33:49. The first woman to cross the line was Emmie Le Merchand in 41:00.