Wet and wild mountains in Portugal 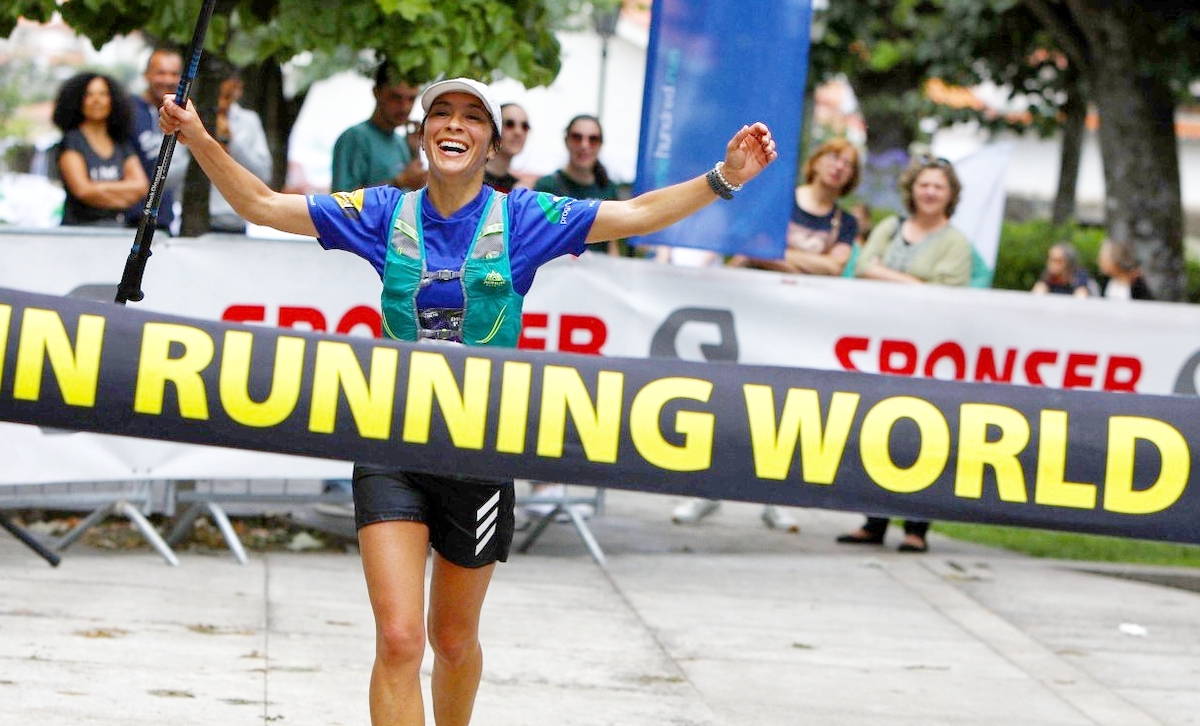 Cinfaēs was the scenario of the longest silver label race of the 2022 WMRA World Cup. Stunning landscapes yet brutal trails around Serra de Montemuro marked the 45-kilometer competition.

The starting strip fell at precisely eight in the morning. The men and women left at the same time giving their best to take advantage of their rivals. The rain did not intimidate the competitors. The trails became muddy and small streams formed through the ascents and descents totaling more than 2000 meters of elevation.

Not only did the breathtaking landscapes make the run more manageable, but also the locals were cheering from their picturesque traditional Portuguese village houses. In some parts of the trail, the rhythm of the cowbells and the bleats of the goats accompanied the noise of the river.

The women’s podium saw breakout performances from Sandra Ferreira, Andreia Correia and Patricia Ribeiro. And on the men’s side were Germano Figueira, Ricardo Rodrigues, Alexandre Blasques. Leading from start to finish

The Portuguese runner Germano Figueira swooped from the starting point and did not take his foot off the pedal until he reached the finish line four hours and one minute later to be crowned winner of the One Hundred Douro Paiva 45k.

In the same way, the athlete Sandra Ferreira led the group of women during the journey until she became the first to cross the finish line with a time of four hours and forty- eight minutes.

The order and time of the competitors were as follows:

How did the winners feel about their race?

Germano Figueira, the winner of the first place in the Men’s Category, admitted that he is surprised by his results. The champion said, “I was not expecting a podium today; I just run because I love it”.

On the other hand, Sandra Ferreira, first place for the ladies, mentioned she is constantly training and preparing for new challenges; however, “when we start, anything can happen, you just have to keep fighting”.

The podium is no stranger to both winners. Sandra Ferreira has previously won competitions like the 13th edition of Corridas Vindimas in Castelo de Paiva. Moreover, she belongs to the Sporting Club of Espinho/Antonio Leitao.

On his side, Germano Figueira also signed as part of his club Amigos da Montanha, which translates to friends of the mountain, a place where he spends a lot of time. He has some previous victories as his 3rd place in the Amarante Trail, and 5th place in the Ultra Trail Serra do Alvão 2021.

In addition to the victory in the race, the winners will take 20, 17, and 14 points for the first, second and third place, respectively, to enter the World Cup classification.

The next meeting for the World Cup will be in Grossglockner Berglauf, keep an eye on our website for the upcoming news.