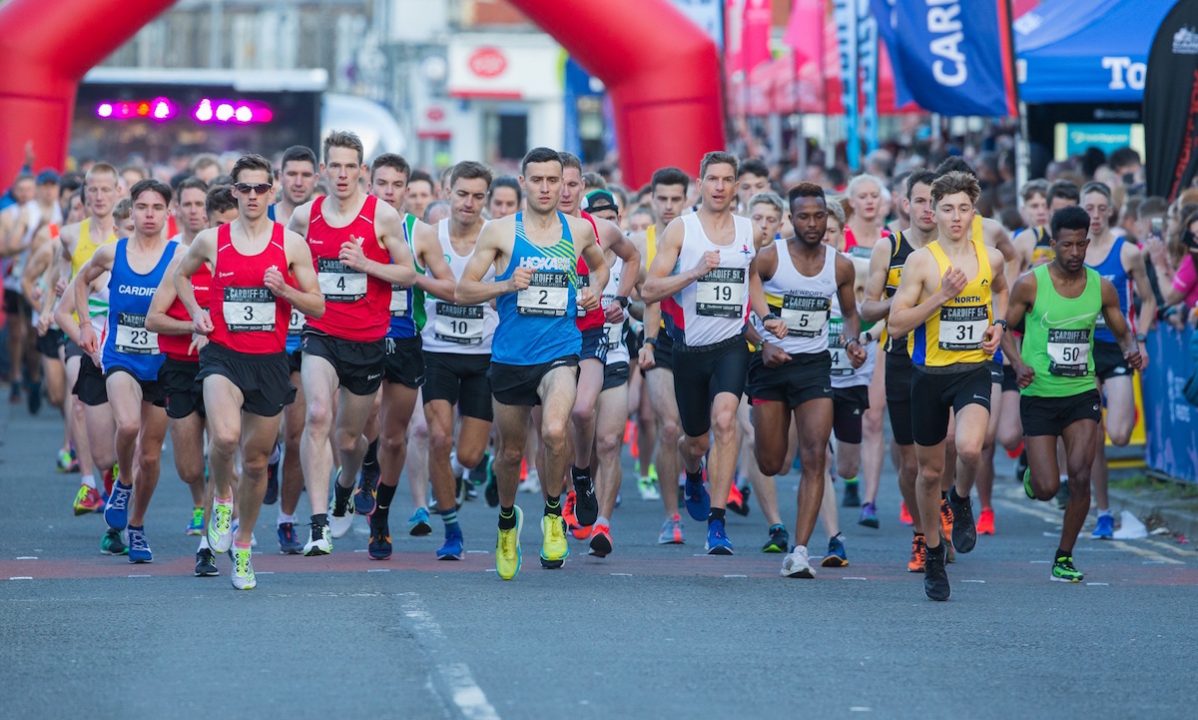 Ieuan Thomas regained the Welsh 5km title that he last won in 2016 on Sunday evening at the Cardiff 5k – race for Victory.

The flat and fast road race based in the Whitchurch suburb of Cardiff is becoming known for its incredible atmosphere, live music, street food, cars and flames and not least for fast racing. It was the racing however that provided the main attraction with 12 men going sub 15 and seven women sub 17.

This fourth edition incorporated an Inter-Area match where Wales faced competition from the Midland Counties, North of England, Northern Ireland & Ulster and the UK Armed Forces.

Thomas was able to exact his revenge on Jon Hopkins who had taken race victory 12 months ago to demote Thomas to second on that occasion. His time of 14:18 was just four seconds behind outright race winner, Uk Inter-Counties Cross Country Champion Adam Hickey. His 14:14 clocking was a new course record erasing the 14:18 mark set by Hopkins last year.

Hickey commented saying; ‘ I was pleased with that. I always enjoy coming here and have raced un Cardiff several times in the past. The races here are always very well organised. It was great to win this evening’.

Swansea Harrier Guy Smith was the next athlete home in fourth outright but as the third man home in the Championship race.

Clara Evans has improved considerably over the last 12 months and a 72:52 posting in the Barcelona Half Marathon earlier this year has announced her as a serious contender amongst domestic competition.

Her winning time of 16:04 was enough for the title and the race win outright.

‘I was happy with that’ said Evans. I’ve been training with the Welsh camp in Alburquee and was glad to see what kind of shape I was in’.

The next athlete home was Welsh team mate Jade Williams in 16:22, followed home by Elinor Kirk running for Swansea Harriers in 16:32.

Kate Maltby was the first non-Welsh athlete, running for Midland Counties in 16:36.

Hosts Wales were the victors in the Inter-Area match for both men and women.