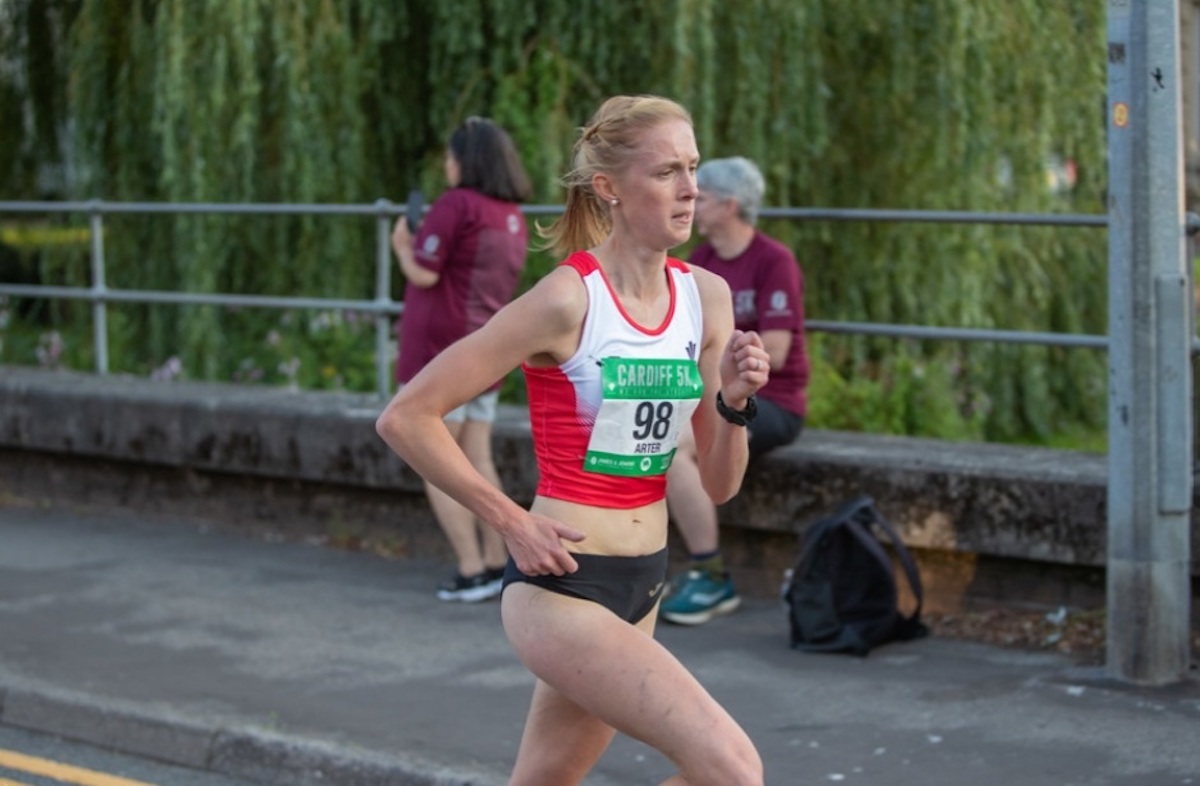 Charlotte Arter smashed the Welsh 5km record in 15:29 at the Cardiff 5k – Race For Victory on Sunday evening.

The popular road held in the Whitchurch suburb of the Welsh Capital returned following an absence in 2020 and hosted both the Welsh Championships and an Inter-Area match between Wales, The Midland Counties, The North of England and the UK Armed Forces.

Arter was the winner here in 2018, falling just one second outside the mark of 15:38 set by Stevie Stockton just two days earlier. Her victory on Sunday came 15 seconds ahead of clubmate and training partner Jenny Nesbitt who was delighted with a new road P.B. of 15:44.

The pair were competing for Wales and their hometown club Cardiff and were followed home by Ellie Wallace of the North of England in 16:16. Sophie Harris claimed the Bronze medal in the Welsh Championships with a time of 16:33.

Arter was clearly delighted with her performance which in many ways signals a return to the form which saw her claim the British title over 10,000m in 2018. As the front of the field passed the 4km mark it was Welshman Dan Nash and Alfie Manthorpe of the North of England who led the race with Abed Teweldebrhan of Newport Harriers, Welsh team pairing of Tom Marshall and Osian Perrin and Swansea Harrier Dewi Griffiths also in close contact.

By the time they entered the finishing straight on Merthyr Road however it was the youngster from the North of England who was in command of the race, finishing strongly just one second outside of Adam Hickey’s course record from 2019.

Teweldebrhan overcame Nash to finish second in 14:17 with the Cardiff man finishing third in 14:19. Griffiths was the third Welsh finisher in 14:31.

Further back, the newly crowned Welsh 5,000m Champion, Tom Marshall finished 12th with the runner up from that race, Osian Perrin claiming a scalp which eluded him on the track, in eighth place with 14:34.