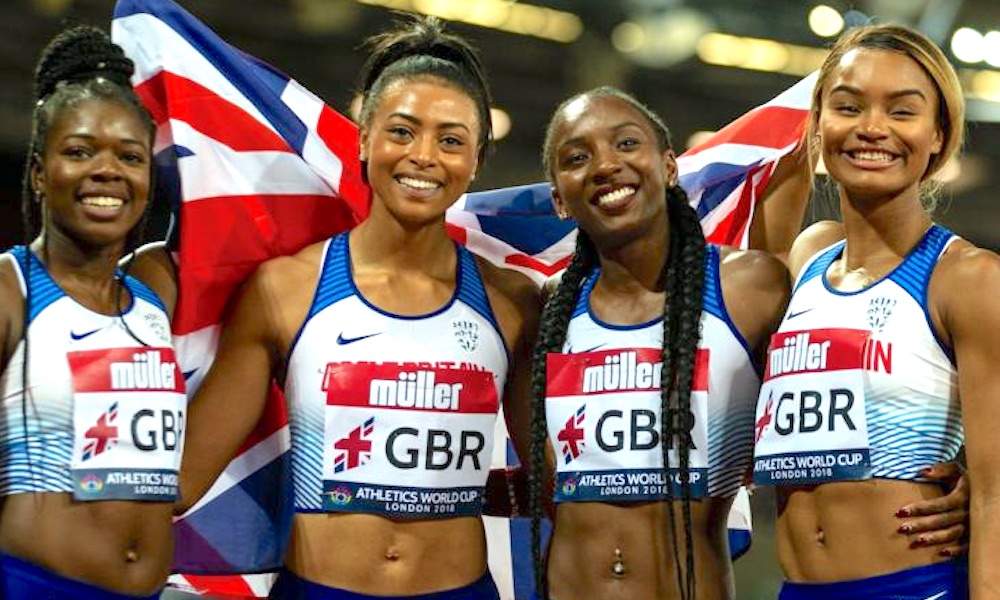 At the conclusion of the weekend’s action, the Athletics World Cup final standings painted a picture of dominance for the United States of America team who thrashed the other teams with an astounding points total of 219.

That total exceeded second-place Poland’s mark of 162 by a whopping 57 points, while Great Britain & Northern Ireland were third on 155 points. Both those nations will be pleased with their second day showing after improving on their placing from Saturday evening.

Jamaica had to settle for fourth place on 153 points, but the fact that they were only 9 points behind Poland and 2 behind Great Britain & Northern Ireland is a testament to how close the contest was behind the eventual Athletics World Cup winners, the USA.

France’s football World Cup win earlier on in the day did not appear to provide further motivation to a France team who endured a frustrating Sunday evening in the athletics equivalent, only adding 61 points to their total from the previous evening and therefore finishing in fifth place overall.

Looking further down the table, Germany, South Africa and China all struggled to challenge for the higher placings despite a smattering of strong individual performances and they ended on 137, 135 and 81 points respectively.

Been a pleasure being Co-Captain of the first ever @AthWorldCup champions 🏆No doubt @usatf is the #1 Track team in the 🌎! pic.twitter.com/peP7RdOxYW

Sitting comfortably in first place in the standings, all eyes were on team USA heading into the second evening (Sunday July 15) of the first edition of the Athletics World Cup. 24 points was the lead they held over France in second, and as intimidating as that lead may have been, the other teams showed no signs of being deterred in their quest to earn crucial points in the race to lift the platinum trophy.

In the pole vault, world champion Sam Kendricks took the opportunity to extend the USA’s lead in the Athletics World Cup standings, edging out Germany’s Raphael Holzdeppe with a 5.83m clearance. Keen to make use of the fantastic conditions at the London Stadium, Kendricks boldly opted to raise the barrier to 6.05m – 5 centimetres above his personal best. Unfortunately he was unable to successfully clear that height, but his vaulting display certainly got the crowd going.

The loudest cheers from the home crowd were heard when the Great Britain & Northern Ireland women’s 4x100m quartet of Asha Philip, Bianca Phillips, Shannon Hylton and Imani-Lara Lansiquot, who features on Fast Running as part of the Fast 10: class of 2018, took a clear win in an efficiently run race despite long jump bronze medallist Tissanna Hickling running a rapid last leg for Jamaica to apply plenty of pressure on Hylton.

Lansiquot said afterwards: “This is actually my first senior experience so I felt the pressure but it was positive pressure and I just wanted to run the best that I could and make sure the team did the best it possible could as well.”

Morgan Lake’s jump of 1.93m also prompted jubilation amongst the London Stadium audience, with that clearance being enough to secure both a silver medal and 7 points for Great Britain & Northern Ireland.

Far from the only athlete to take advantage of the perfect conditions, the USA’s Paul Dedewo cruised to 400m gold in a new personal best of 44.48, a time which was a whole second ahead of South Africa’s Derrick Mokaleng in second place.

The men’s 400m hurdles, ended in chaotic fashion as Jamaica’s Annsert Whyte, who had led for the majority of the race, stumbled across a couple lanes after smashing into the final hurdle and fell back into fourth place as a consequence.

The American competitor, Kenny Selmon, took advantage of this occurrence and crossed the line in first in 48.97 ahead of Poland’s Patryk Dobek, while the GB’s Dai Greene continued his impressive comeback from persistent injury woes by finishing in a respectable third place.

Thankfully for Shericka Jackson, she was able to avoid unwanted drama similar to that of her compatriot Whyte as she demonstrated admirable speed endurance to move past Jenna Prandini in the closing stages of the women’s 200m to record a winning time of 22.35 to score a valuable 8 points and prevent Jamaica from sliding further down the table. Claiming bronze and 6 points for Great Britain & Northern Ireland was breakthrough star Beth Dobbin; the Scot clocking 22.95 after running a fine bend.

Jeanine Williams came ever so close to making it two consecutive batches of 8 points for Jamaica in the women’s 100m hurdles but 2014 African Champion Rikenette Steenkamp had other ideas, stopping the clock at 12.88 and ending South Africa’s long wait for 8 points in a track event this weekend. Steenkamp admitted she “came into this not as a favourite, but still not counting [herself] out”, as well as backing the format of the Athletics World Cup with her assertion that she needs “this type of competition to push [her].”

A major factor in Poland rising past France in the standings was Marcin Lewandowski’s triumph in a cagey, tactical 1500m race in a time of 3:52.88. Lewandowski exuded experience as he dealt with fast finishes from the likes of Timo Benitz and Neil Gourley, representing Germany and Great Britain & Northern Ireland respectively.

From a tactical perspective the women’s 800m differed greatly from the men’s 1500m, with the duo of Leila Boufaarirane and Adelle Tracey charging through the opening lap in under a minute. Although they both presided over a large gap between themselves and the chasing group, Raevyn Rogers produced the type of kick that has seen her win no less than 5 US collegiate titles as she sped past Great Britain & Northern Ireland’s Adelle Tracey on her way towards the line in a winning time of 2:00.20.

The USA’s comfortable men’s 4x400m relay win in an excellent sub 3-minute clocking of 2:59.78 was merely a procession for the overall winners of the inaugural Athletics World Cup whose team captain Queen Harrison lifted the coveted platinum trophy aloft in a grand ceremony made even more spectacular by the array of fireworks that soared up into the London night sky.

Not only did they claim the unique trophy, which was presented to them by IAAF president Lord Sebastian Coe, but each member of the American team was presented with a Platinum Winners Medals to wear alongside their traditional medals from the individual events.