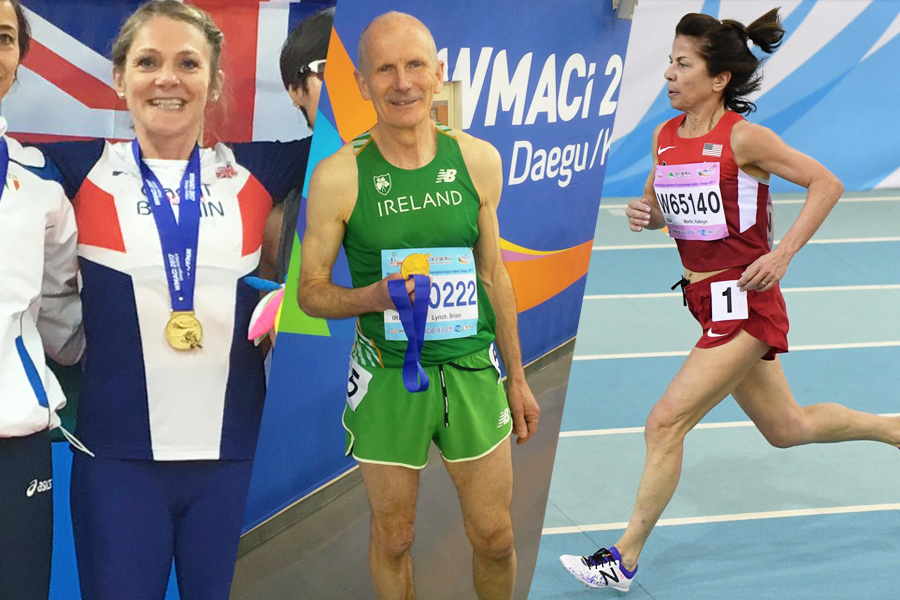 The 2017 World Masters Indoor Championships have to come to an end after 7 days of track & field action in Daegu, South Korea.

In total 4600 athletes from 74 nations, aged between 35 and 99 competed in the championships.

In a successful championships, the Great Britain team finished second in the overall medal rankings.

Pole vault gold medals were won by Allan Williams in the M65 and Sue Dassie in the W60 event. Paul Thompson also won the M60 half-marathon.

Krug, has been a lifelong athlete, but didn’t take up track and field until she was in her early 60s.

On final day, USA teams made a superb showing in the 4X200m relays, including a world record in the M65 team of Charles Allie, Charles Powell, Thad Wilson, and Bill Collins. The W55, M35, and M50 teams also set American records in the 4X200m.

The Irish masters team also had a successful time at the championships in Daegue, wining a total of 28 medals.

28 medals for the Irish at the world masters in Daegu. Maith sibh go leir pic.twitter.com/FYjIhycbX0

In total Ireland won 9 gold medals at the championships.

Middle distance athlete, Mark O’Shea also won two gold medals. In the M45 800m race the talented athlete battled hard for the gold, setting a new Irish record in the process, and his second gold of the championships came in the 1500m. Additionally W75 athlete Ann Woodlock, won gold in her 3000m race.

There was also cross-country team golds for the Ireland in the M35 and M55 8km races.

In the M35 race, Ronan Kearns, Paul Fleming and Sean McDermott all raced well to secure the team gold, and in the M55 race, the collective time of 1:36:31 from athletes Tom O’Connor, Pat O’Grady, and Michael Cornyn, was enough to secure the gold medal.

The 28 medals that the Irish team won in total included 9 golds, 9 silver and 10 bronze medals.