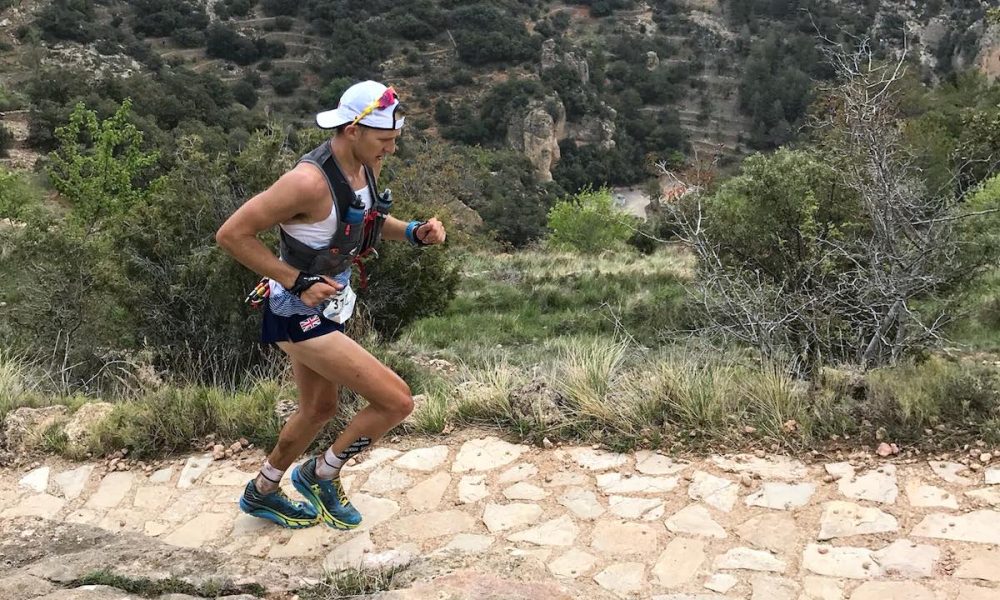 Tom Evans bagged the bronze medal at 2018 Trail World Championships in the Penyagolosa mountain region of Spain on Saturday (May 12), as team-mate Jonathan Albon finished fourth and Ryan Smith 16th overall to clinch the team silver for Britain.

Run over 50 miles of rocky terrain the British men’s team went in with high hopes and did not disappoint. Evans challenged the lead from the start, chasing USA’s Zach Miller.

Miller is known for front running and paid the price for his early efforts by dropping from the front about 70km into the 85km mountain race.

Local knowledge paid dividends as the Penyagolosa course is one that rewards patience with few runnable sections until the end.

After two Spaniards Luis Alberto Hernando and Cristopher Clemente came through the field Evans held on to take bronze in 8:49:35.

Ex Spanish biathlete Hernando made it a third World Championship title in four years winning in 8:38:35.

GB’s Albon, a multiple OCR World Champ, raced a smart race to finish fourth in 8:53:41. This fantastic race on the trails for the Norway based Brit comes only a few weeks after winning the Bergen city marathon.

Holly Page was the leading athlete in the British women’s team finishing in a strong ninth in 10:37:52, while team-mate Beth Pascall secured 11th in 10:40:58. The team finished fourth overall with Katie Kaars Sijpersteijn coming home in 21st in a time of 11:10:09.

The Netherlands’ Ragna Debats won the women’s title in 9:55:00, while Spain took the team title with Laia Canes their top finishing athlete in second place clocking 10:11:11.