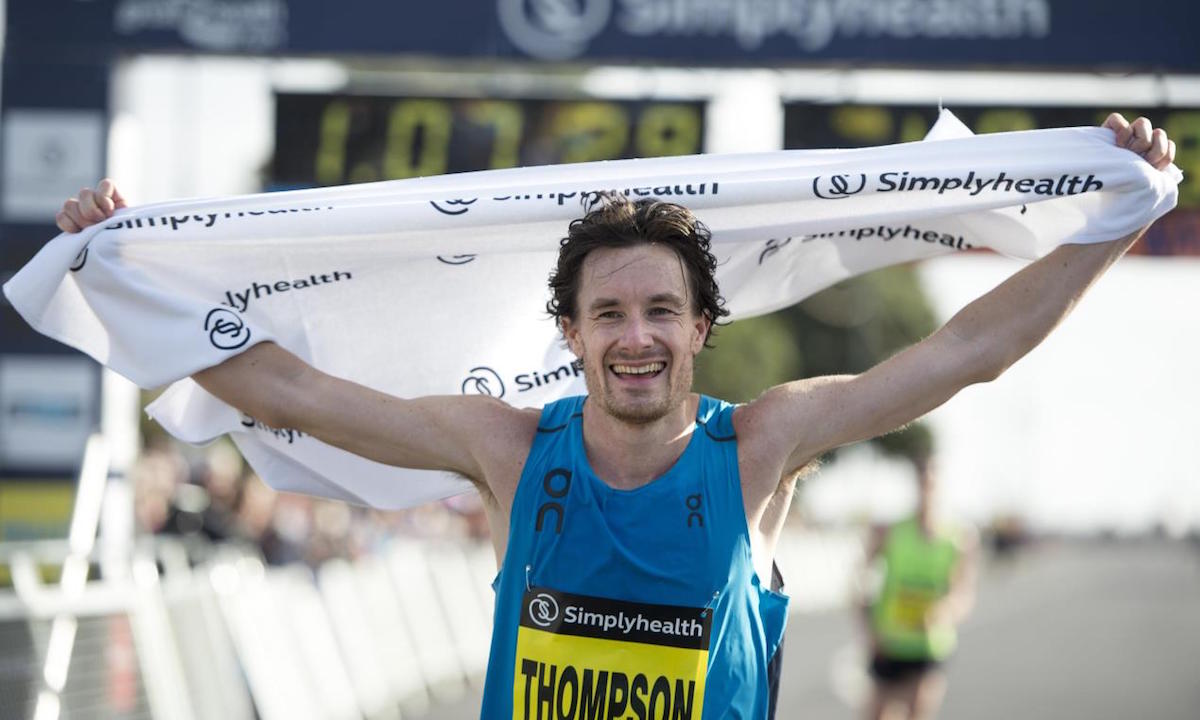 The excitement was high for the British Olympic Marathon Trials and the athletes, and the course, did not disappoint.

Firstly, a doff of the cap to Tom Bedford and his Richmond Run Fest team for putting on a competitive and exciting event in Kew Gardens. In what could have been a thankless task, the organisers constantly gave the competitors confidence the race would be going ahead in a COVID time and it would be as fast a course as they could put on. They certainly delivered.

The early race saw two lead pace groups, a slightly bigger contingent for the ladies, but both behind pace makers set on Olympic Qualifying time. As ever the war of attrition that is the marathon saw lots of athletes looking comfortable early on, certain athletes strangely described by commentators as “the right shape for marathons”, others struggling, but still early doors.

The excitement, as ever, didn’t start until a bit later on. And wow, did it the excitement come.

Movers and shakers start to appear

Just before 90 minutes pre-race favourite Steph Davis broke away from the pack of female contenders and looked very comfortable doing so. With a few more miles of pace making left, the Clapham Chaser tucked in behind Josh Grace and Kevin Quinn and quickly moved 10-15 seconds ahead of the chasers.

“The rest of the women are out of sight” exclaimed Mara Yaumachi as we saw Davis make the most of windbreak the two pacemakers provided for as long as possible, with one staying until the final lap.

In the mens race, pace makers Callum Hawkins and Jake Smith took a group of four clear, with Dewi Griffiths, Ben Connor, Mo Aadan and Chris Thompson clicking away at the front. Thompson, fell back from that pace just before the halfway mark. Debutant Aadan liked like he was hanging on to the group from the start, but actually sat in the same spot for many miles to come.

When Hawkins stopped just before 30km, it was Dewi Griffiths who came to the front after 1:40 of racing. All three, with Connor and Aadan still on Griffith’s heels, were fighting for only two spots. If all three broke the 2:11:30 barrier it would be heart break for the third to cross the line.

Changes at the blink of an eye

Then all of a sudden we jumped back to the men and EVERYTHING had changed. Somehow Chris Thompson was back on the front and the super comfortable Griffiths was off the back by a few seconds. For a second we wondered if Thommo had stopped for a poo in the Japanese Gardens and popped back out a lap later, but the experienced GB athlete was back at the head of the race and looking fantastic.

It was a 15:30 split from 30-35km for Thompson that saw him gain back 35 seconds on Aadan and Connor, but also 55 seconds on Dewi Griffiths and then surge past the group again. Aadan still chasing hard with Connor on his heels, neither could do anything to stop the ON Running athlete breaking away further.

The women’s race, inside the last 10km, was a one athlete show. Steph Davis was 1:27 ahead of Natasha Cockram, 1:50 ahead of Sarah Inglis and cruising. Women’s winner Steph Davis ran an excellent race and secured the top spot and her own Olympic team place.

Thommo on a mission

Coming into the final lap, Thompson was surging, 21 seconds ahead of the two chasing. The pace he was going it looked like the 27 min 10,000m had just been warming up for the final 12.2km. 2:10 looked off the cards, but the 39 year old was really pushing for the final section to get under the qualifying time. You couldn’t help but cheer him on. Go on Chris!

The excitement around second place still remained with the pace slowing, but Ben Connor only needed to finish second to get his spot on the team. Mo Aadan needed the time and the second place, but it will be difficult to imagine who Jonny Mellor will be cheering on at this point.

Thompson storms to a 2:10:50 Olympic Marathon Trial win. His delight is clear for all to see and the emotion is high even watching. You cannot help but be delighted for the hard working distance man.

Ben Connor then comes around the final bend around 2:12:06, just a handful of seconds of Mo Aadan (2:12:20), who ran a wonderful debut. Connor had a job to do on the day and completed it fantastically. Griffiths came in around 2:13:30

Davis racing to the finish

As we publish the men’s result, Davis is still way ahead and still paced in the final section. The last lap is solo, but Davis still looks super comfortable and within herself as she charges round for a 2:27:15. Spectacular run and new PB.

Natasha Cockram, a couple minutes behind in 2:30:02, looks like she would miss the Olympic Qualifying time and her second place would’t be enough to secure her place on the plane to Tokyo. Piasecki, Purdue and Twell will now await the decisions of the selection meeting before making summer holiday plans.

Third spot went to Rosie Edwards, with a nine minute personal best, just overtaking two runners, Bec Gentry and Clara Evans, who seemed to have personal pace makers in Dan Jarvis and Nick Bowker all the way to the finish.