Strong racing over 5k in Wales 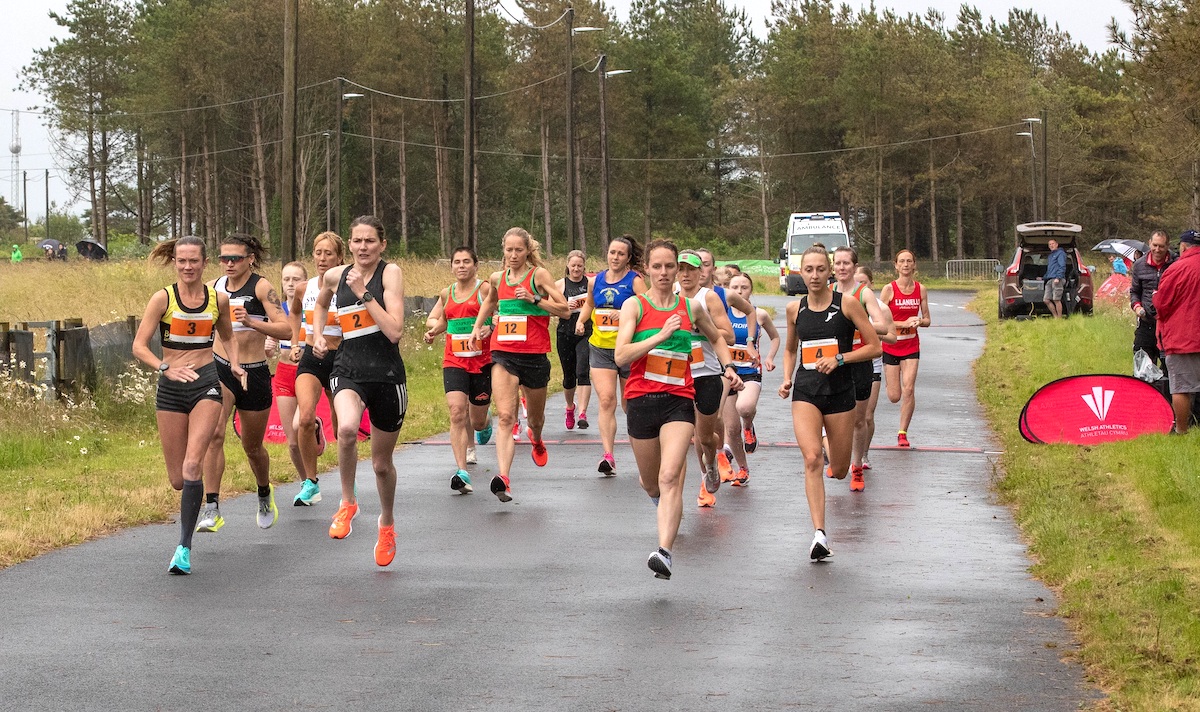 The second fixtures in the Welsh 5k Series’ in both Pembrey & Rhyl took place over the weekend with heavy showers in the South of the country windy conditions in the North. Both races took place on entirely flat and fast multi-lap closed road circuits.

Caryl Edwards of Swansea Harriers won the second fixture at Pembrey Country Park on Sunday comfortably from Les Croupiers RC’s Alaw Beynon-Thomas. This marked a first competitive outing for Edwards since the Welsh 5km championships at Whitchurch in May 2019.

Her victory came in 16:54 some way off the Great Britain & Northern Ireland International’s 15:37 track mark but just two seconds off her best road performance of 16:52 recorded at Nos Galan in 2018.

‘It was great to be back racing’ said Edwards. ‘I’ve been away from the sport for a while but now I’m settling back into training after having a child’.

Beynon-Thomas was the runner-up, unable to repeat her win from May but just five seconds back in 16:59 with Chloe Dooley third in 17:40. The men’s race witnessed a brave effort from Cardiff Athletics’ Lloyd Sheppard to cling onto Marathon man Josh Griffiths’ heels until around the 2km mark. Dewi had become detached early on but fought back to finish comfortably second.

The Swansea man’s time of 14:26 was three seconds off his winning time from the series opener back in May. Swansea stalwart Dewi finished in 14:40 with Cardiff man Mattie Edwards third in 14:47.

Josh commented; ‘It was great to have another event in Wales, on a bigger scale than at the first fixture but still safe and really well organised’.

‘From a personal perspective it was nice to get the win. The time wasn’t super fast but it’s all good as speed work before I get into a marathon bock of training ahead of the Autumn’.

‘It was nice to share a metaphorical podium with Dewi and Mattie and great to see Caryl back racing against Alaw in the women’s race’.

The second race in the North Wales based series at Rhyl had hosted victories for Bryn Woodall of Colwyn Bay AC in 15:05 and Emma Crowe of Deeside AAC in 18:12 on the Saturday.

Raymond Clark of Wallasey and Jonathan Kettle of North Wales Road Runners finish in second and third places with times of 16:21 and 16:30.

65 Athletes nominated for Olympics
Into the mountains, with Morgan a favourite