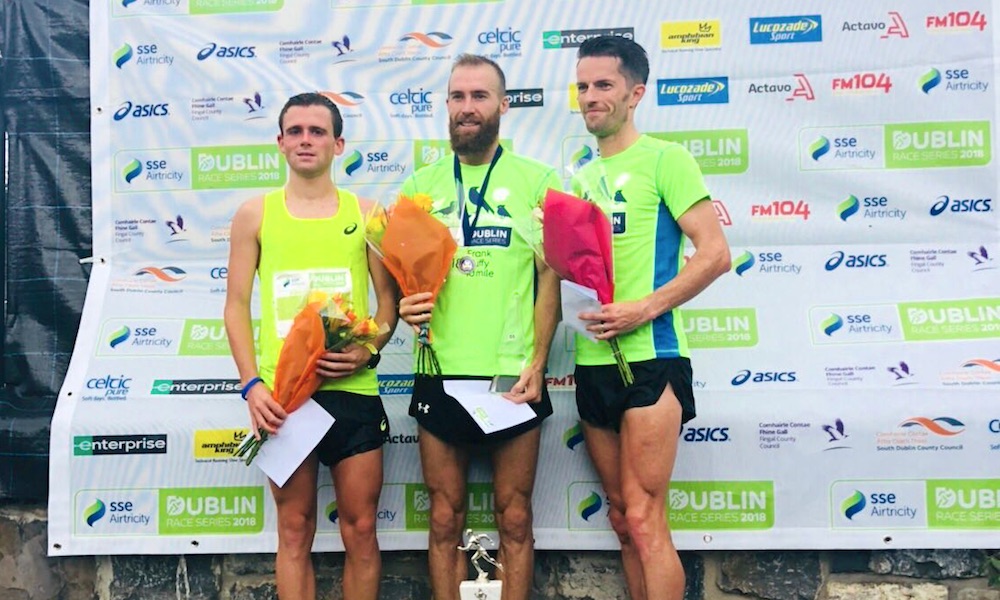 Stephen Scullion was first across the line at the Frank Duffy 10 Mile in Fingal on Sunday (September 2) in a personal best time of 49:19.

It was a close battle between Clonliffe Harriers’ Scullion and Josh Griffiths of Swansea Harriers throughout the race before the Irish international pulled away in the last mile to open up a winning margin of 22 seconds.

British marathoner Griffiths was second in 49:41, while Paddy Hamilton crossed the line third in a time of 52:22.

“It is a really nice course, really runnable,” said Scullion, who has his eyes on winning the Dublin Marathon in October. “That time was fast, I am happy with that, it’s a PB for me.

“What is promising about it, is that I felt good, ahead of where I was this time last year. I am going to race the half, then go to altitude and then race the Dublin Marathon.”

Jane Anne Meehan of Athenry dominated the women’s field winning in 61:21, crossing the line four minutes ahead of second-placed Ciara Brady in 65:33 and Jan Corcoran third in 65:49. Meehan was delighted with her run: “The support was great along the way, lots of kids cheering you on in their Dublin jerseys.

“I was pacing myself off the men, I am in training for the marathon, so it was a tactical race, as I still must go out and run tomorrow. When I’m winning and feeling good, I am very happy.”

Overall close to 4,000 runners took part in the second race in the SSE Airtricity Race Series. Next up is the Dublin Half Marathon in September followed by the Dublin Marathon in October.