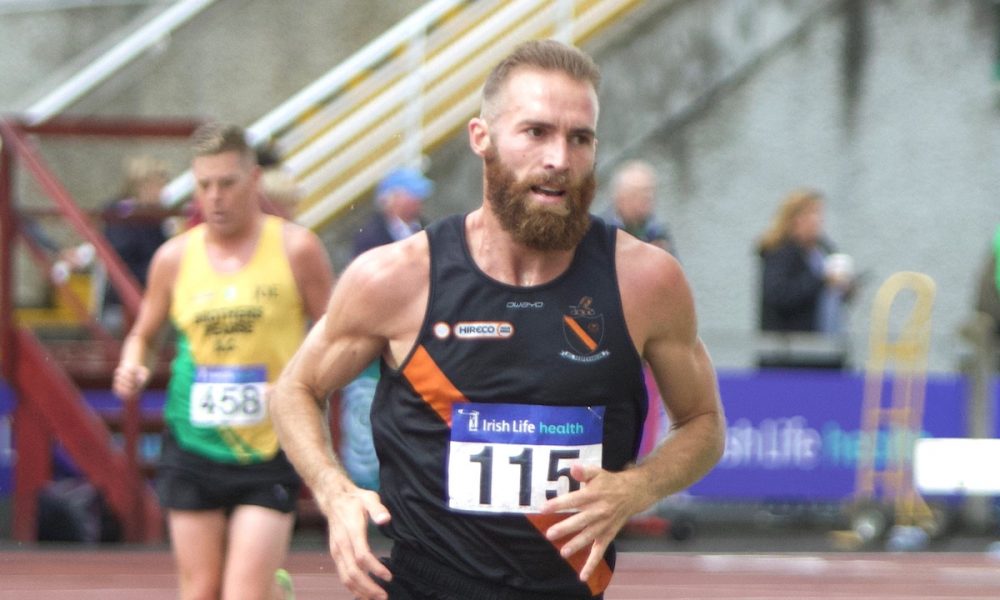 Stephen Scullion warmed up for 25 laps in Berlin with a commanding win in the men’s 10,000m on day one of the Irish national track and field championships in Santry, Dublin on Saturday (July 28).

Mick Clohisey and Kevin Maunsell set the pace in the early laps and led for most of the race with Scullion sitting comfortably behind. The 29 year-old Clonliffe Harriers athlete made his move to the front with an injection of pace on the final two laps and powered home to win in 29:25.30.

Leon Reid edged Marcus Lawler in a thrilling 200m race in 20.74 to 20.79. Living up to its billing Lawler ran a brilliant bend to put himself into the lead but it was Reid who was still full of running with 10m to go who came through to take the win on the line into a -1.1m/s headwind. Galway City Harriers’ Cillin Greene took bronze in 21.74.

Irish record holder Phil Healy was the runaway winner of the women’s 200m in 23.64 ahead of Ciara Neville who was second in 24.27 for her first national outdoor medal. Catherine McManus and Niamh Whelan were given joint third in 24.63.

200m N A T I O N A L. C H A M P I O N 🤭
Me and @phil_healy also national champion. 🔥🔥
100m tomorrow then hopefully all systems go for Berlin @europeanathletics
Trust me is been a stressful week but happy with the result today 😉🤞🏽#Doubledouble @irishathletics pic.twitter.com/K9yCTaoqUq

In the women’s 5000m final defending champion Emma Mitchell kicked past a brave front-running performance by Shona Heaslip to claim gold in 15:59.34 to 16:03.91.

Mitchell, who also won 1500m gold last year, looked in control throughout the race and should take confidence from the win ahead of the European Championships. There was plenty of depth and exciting heats ahead of Sunday’s finals, including Ciara Mageean in women’s 800m heats and an impressive win in the men’s 5000m heats from Hiko Tonosa.

Day one rounded out with the 4x100m relays with Mullingar Harriers winning the women’s title in 50.38 while Tallaght took the men’s crown in 41.83.

Day two (July 29) of the Irish track and field championships will be broadcast live on RTE from 5.30pm.