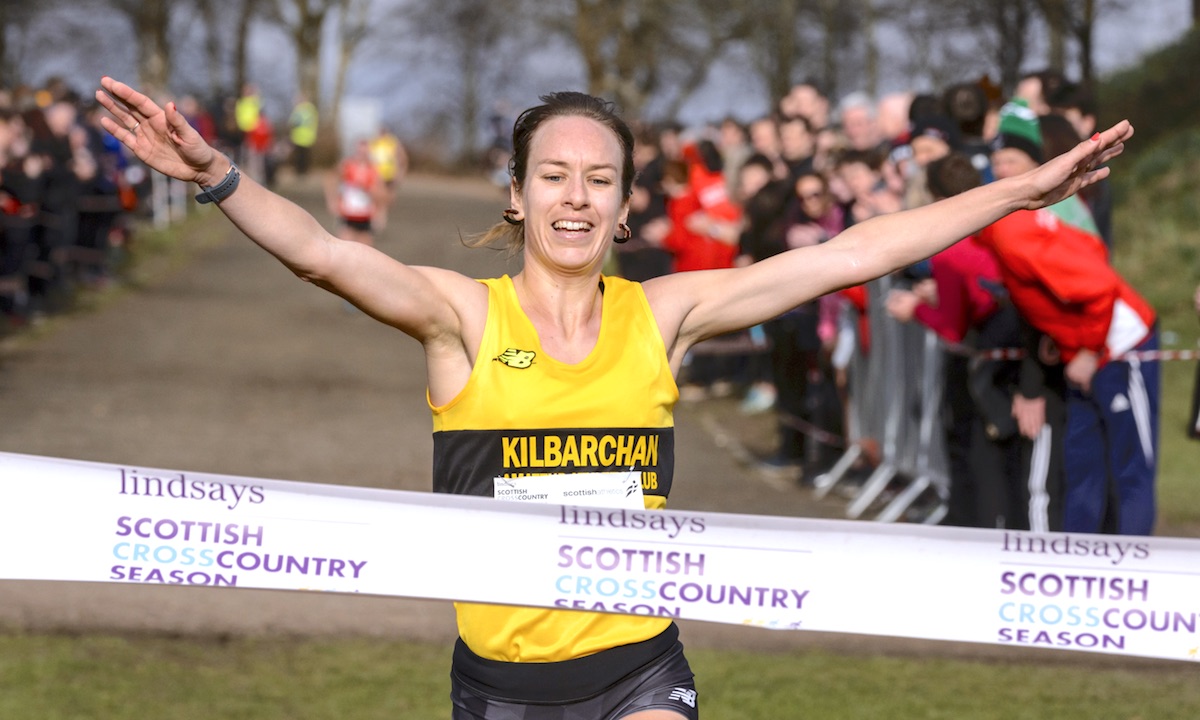 Scotland, Wales and Northern Ireland all crowned new cross country champions on Saturday (February 23) as thousands of runner competed at national championships across the UK.

Twell, running in the colours of Kilbarchan AAC, was competing at Callendar Park for the first time and her victory completed a special double as she added the Scottish senior crown to the English title she won in 2010.

Like Twell, Adam Craig transferred the speed shown on the roads of Armagh to the country as he produced a commanding performance to win gold in the senior men’s race.

Inverclyde’s Craig led from the off and opened up a huge gap on the rest of the field as he stormed to victory.

Fife AC’s Kevin Wood was next across the line to claim the silver medal, while Edinburgh’s Michael Christoforou took bronze.

What a record breaking day at the Scottish National XC Championships today. Central Athletics made it 9 team Championships in a row in the senior men to go 1 clear in the history books, What an unbelievable feat, being on 10 next year. pic.twitter.com/81TPz7U6lK

After winning under-17 girls gold last year, Eloise Walker of Edinburgh AC made the step up to under-20 level in tremendous fashion to win the under-20 women’s championship race.

It was a double celebration for Edinburgh Uni Hare and Hounds who won both junior team golds.

Winds earlier in the day settled ahead of the senior men’s contest which closed the programme at the new venue, Pembrey Country Park near Llanelli.

Griffiths’ victory here came just days after returning from altitude training with Welshman Steve Jones, who holds the record of nine titles that Griffiths now moves a step closer to.

The Swansea Harriers stalwart now feels that he has edged back to the kind of fitness which saw him establish himself amongst the very best British distance runners with a 2:09 marathon and a half marathon best of 61:33. Clubmate Hunt completed the podium as the two Cardiff AAC athletes led the club to its first senior men’s gold since 2013.

“This is one of the titles I appreciate the most,” said Griffiths afterwards. “The way last year turned out, I was disappointed to lose my streak but it’s nice to get it back and now it’s one step closer to Jonesy. He set the bar pretty high in these championships so hopefully one day I can emulate that.

“In the grand scheme of things it’s another test and I’ve come through it. This was another stepping stone towards London which is the big aim for the spring.

“Ieuan and James both ran well and I’m happy with that, it’s shows the kind of shape I’m in.”

International Steeplechaser Ieuan Thomas had commented that he hoped to stay within two minutes of race winner Griffiths and finished well inside that, 24 seconds adrift of the 2016 UK Inter-Counties Champion.

This meant that the visitors from the Welsh capital were convincing team winners and pleased to regain the title they last won at the Glanusk Estate in 2013.

Worcester AC’s Jenny Nesbitt was untroubled on her way to an emphatic victory in the senior women’s race covering 7,360m in 25:59. “I really enjoyed today,” said Nesbitt. “It means a lot to win a Welsh title on the Cross country. It was where my running started so I’m very pleased with that.

“It bodes well going into the Inter-Counties where I’ll be challenging a lot of tough runners with the aim of getting to the World Cross.”

Nesbitt will now chase selection for the IAAF World Cross Country Championships, at the trial race in Loughborough in two weeks time hoping for a place in the GB team to race in Aarhus, Denmark.

Melanie Wilkins of Winchester & District AC improved a national bronze medal last year to take away the silverware this year.

Swansea Harriers retained their club title with relative ease ahead of Cardiff AAC and the Swansea B team.

Englishman Conor Smith followed up on his win 12 months ago by storming away from his rivals to take victory once again in the u20 men’s race. Larry Ryan took u17 honours last year but this time claimed the Welsh title at u20 level.

There was a dominant display from Ashleigh Williams winning the U17 title and the combined u17 / u20 women’s race outright.

Katrin Higginson became the u20 champion, running for Bridgend AC with Martha Owen of Deeside AAC second in the championships and Rhiannon Kamink of Colwyn Bay AC in third.

Mark McKinstry and Breege Connolly showed their class as they claimed victories at Northern Ireland and Ulster Senior Cross Country titles at Lurgan Park on Saturday. North Belfast Harriers’ McKinstry has been the in-form Northern Irish cross country runner this season and took the win over 2018 champion Declan Reed of City of Derry.

McKinstry finished 37 seconds ahead of Reed in Lurgan to claim his first NI & Ulster gold medal after multiple silvers in recent years.

Newcastle’s Zak Hanna, who won the Irish Novice title at the end of 2018, was fourth across the finish line in the senior men’s 10km event. Rachel Gibson claimed the bronze in the women’s 5km race over North Down clubmate Sarah Grant. For Gibson, it was her the third straight year on the podium after two previous silver medals.