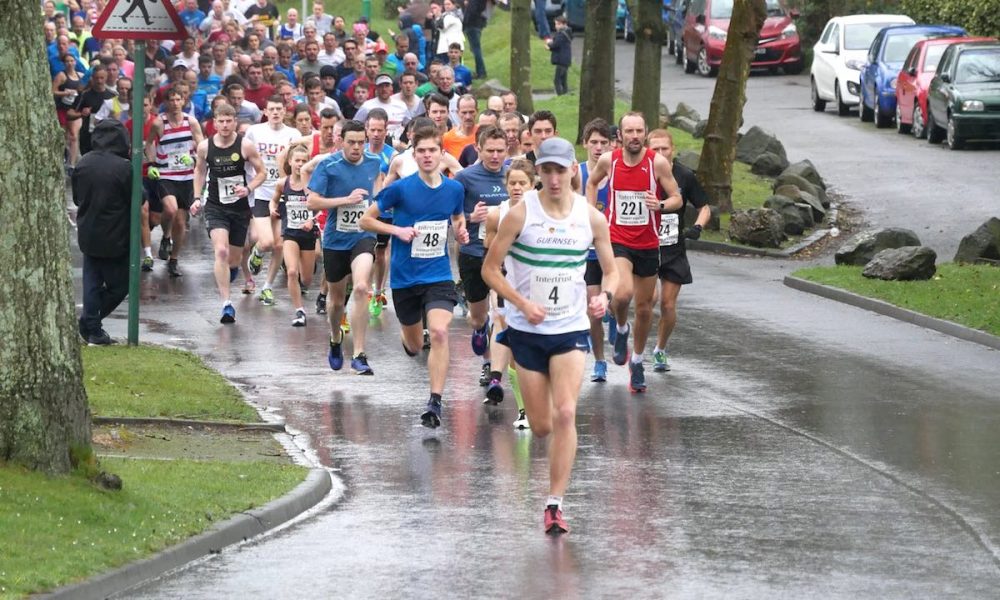 Ryan Burling and Elsey Davies kicked off the Intertrust Guernsey Easter Festival with wins in the 5k race on Friday (March 30).

The rain didn’t put off runners from competing in the first race of popular Guernsey Easter Festival of running, with record numbers and course records from both winners.

Guernsey’s own Ryan Burling led from the start to finish and won comfortably by almost a minute crossing the line in a personal best 15:15.

Burling, who finished in 11th place at The Big Half in London earlier this month, was joined on the podium by clubmates Richard Bartram and Dan Galpin.

The Bath University pair had a close battle for the runner-up spot, with Bartram just taking it in 16:12, a second ahead of his rival in 16:13.

Elsey Davis, who spoke to Fast Running earlier in the week about her superb start to 2018, continued in that fashion with a personal best performance to win the women’s race in a course record 16:29. 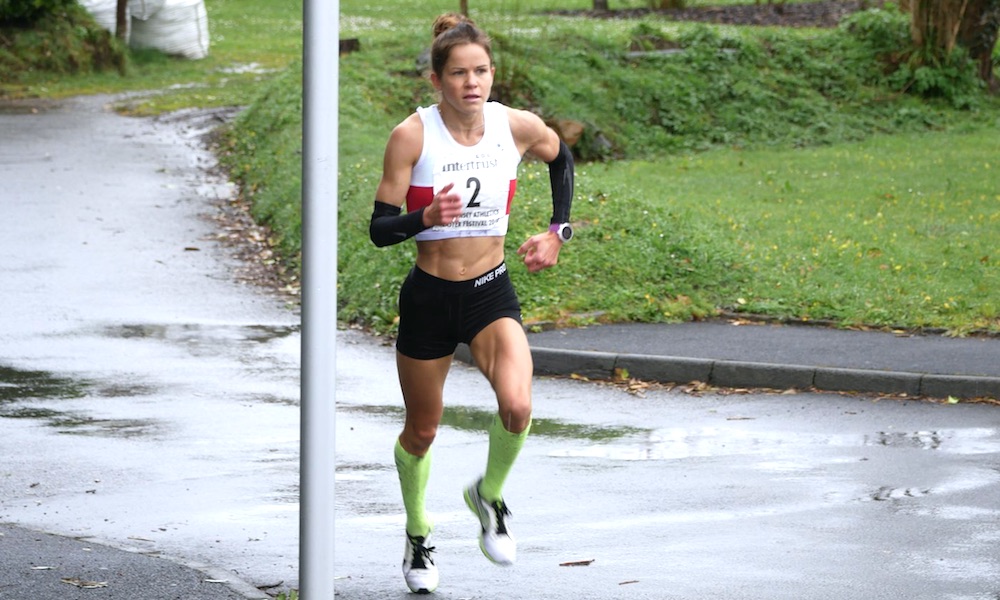 The Bristol and West runner won the Cardiff Bay Run 10k last weekend and will race again on the Channel island in the 10k race on Easter Monday.

The four days of running, that attracts runners from mainland England, continues tomorrow with 4.75 miles of cross country, before the 4×1 mile cross country relay on Sunday and concludes with a return to the road on Monday for the 10k.

Full results of the 5k can be found here.