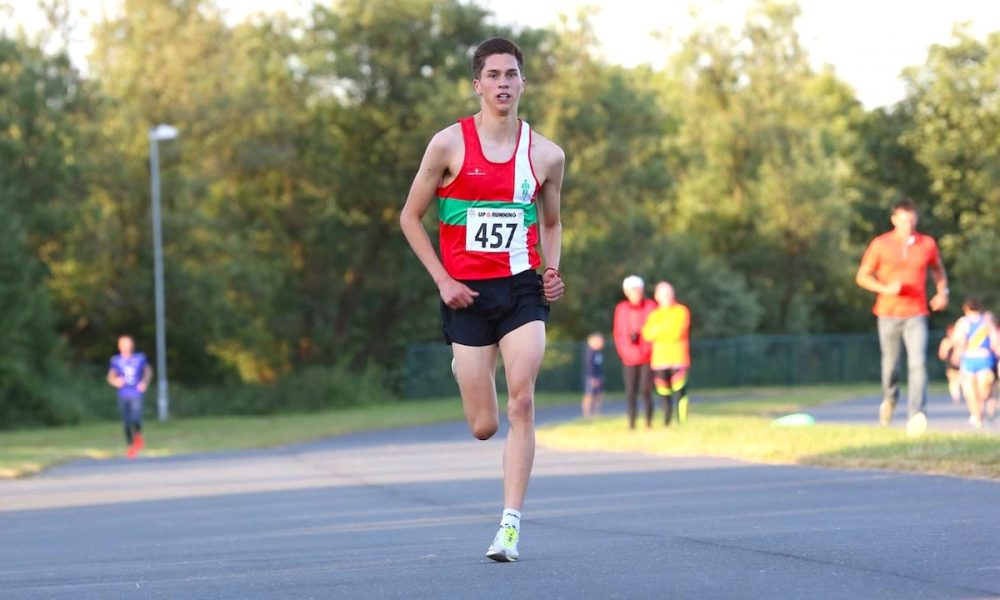 The England 5k champion continues to impress on the roads as Mhairi Maclennan runs a big PB to take the women’s honours.

The latest Podium 5k road race took place on Friday evening (June 15) and yet again produced some of the fastest 5k times across the UK.

Run on the pancake flat Barrowford course, Friday’s event included the first ever Podium sub-16:30 race, which saw Morpeth’s Mhairi MacLennan annihilate her PB by more than a minute with a scintillating 16:11 winning women’s time, while Aldershot, Farnham & District’s Richard Allen continued his meteoric rise to the top of the British men’s 5k rankings as he ran a 14:05 course record to take victory in the Lancashire speedfest.

Allen, who won the England 5K Road Championships in April, was the runaway winner with his nearest challengers Morpeth’s George Lowry and Salford Harriers’ Chris Richards. The pair were so far adrift of the man who currently stands second in the 2018 British rankings he effectively ran a time trial, albeit on one of the fastest courses in the country.

Lowry’s time of 14:53 earned him second place and a seven second PB, while Richards’ 15:05 was also a lifetime best. Blackburn Harriers’ Chris Arthur’s 15:06 and Morpeth’s Nick McCormack’s 15:11 made up the top five of the elite race results.

MacLennan’s previous best before the June edition of this notoriously competitive event was just 17:20 from last year, although she ran a 16:36 5000m split within the recent Highgate Harriers’ Night of the 10,000m PBs (which she went onto finish in a 33:28.61 PB). Preston Harriers’ Becky Rigby won the last edition of the Podium 5k in 16:30, following that up with a 16:17.35 5000m best on the track in May. She may have finished runner up to MacLennan last night but her 16:19 was an outright road PB, with Fife AC’s Steph Pennycook pushing her all the way. Pennycook’s 16:22 represented her quickest ever over the distance, proving just how successful this event is for producing fast times.

Podium organiser Chris Barnes is keen to attract more fast runners to the next event, with a date to be announced soon. If you fancy your chances at beating the course records of 14:05 and Laura Weightman’s 15:25 – and even topping the rankings by running faster than Ipswich 5k’s victor, Nick Goolab’s 13:50, get in touch with the Ribble Valley Harrier on Twitter.