Racing in the California sky 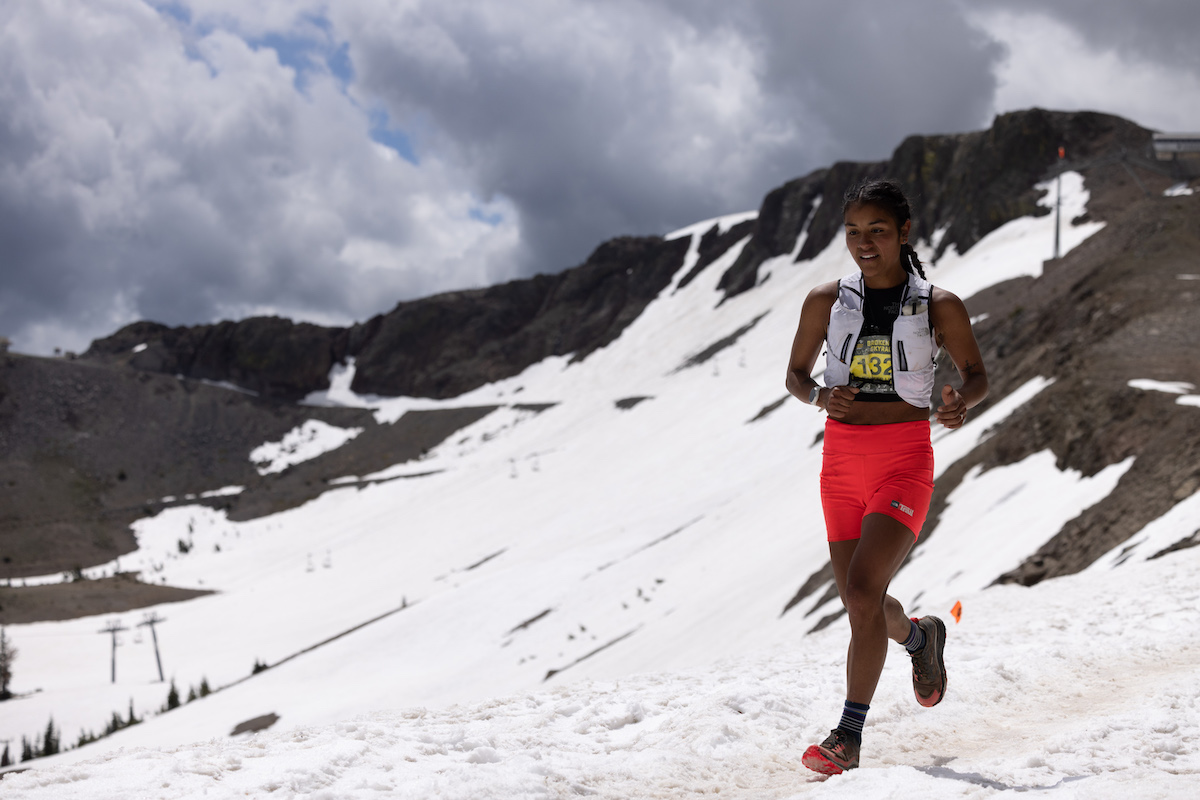 US trail and mountain races often get a raw deal as less technical than European ones, so Robbie Britton went to find out for himself at the Broken Arrow Skyrace.

The scene is Olympic Valley, California. The altitude, for the start, is about 2000m. It’s certainly a race that takes you closer to the sky than many others.

Broken Arrow Skyrace has a whole bunch of distances to choose from including a vertical kilometre, 11k, 26km, 52km and the “Iron Face Challenge” which is the frankly terrifying idea of racing up some via ferrata, so obviously the 52km was the best choice when travelling over from Europe. The longer the race, the more closer I can get to the front… normally.

Two laps of the 26km loop is the format for the 52km, topping out each time with a ladder to climb atop Squaw Peak at 2700m. That’s right, you have to climb up a ladder at the very top of the race. The Stairway to Heaven they call it, but on lap two it felt anything but. As soon as you get to the valley one thing stands out, in addition to the jaw dropping mountain vistas and giant trucks, and it’s the close knit, friendly and vibrant trail running community that is coming together in town. Old friends meet at every corner, people tell stories of races and adventures past and the enthusiasm is bubbling all around.

The same can be said for the checkpoints, which are extensively stocked with all kinds of snacks and drinks. Frankly I’ve been in supermarkets with less range than some of the checkpoints at this race. The volunteers too, abound with energy that they project onto the runners, from first to last.

Even hanging around at the finish, everyone from the top elite to last place are enjoying the company of others and shooting the breeze, watching friends in the next race of the weekend. The loop itself starts with a sprint through a carpark and then you’re onto the trails. The first couple of climbs, before it gets proper high, is runnable single track in beautiful woodland. Cruising along the descents you want them to go on for ever, but before long it ramps up. Literally.

The race gets serious when you hit some ski slopes and take the directissima route to the top. Add in the fact you’re at 2400m elevation and it’s hard work for a Londoner for sure. The people overtaking have home towns such as “Flagstaff” and “Boulder” and you start to realise that arriving two days beforehand probably wasn’t the smartest (still, you play the hand you’re dealt and give it you best shot, so no complaining here). Things get more technical the higher you get, with rocky escarpments leading up to the ladder in the sky and onto the small plateau at 2700m before you start descending (with an additional wee climb to keep you on your toes).

For the most part the descending is fast. Some technical sections slow you down, but there’s some fireroads where you can destroy your quads if you so desire. The single track sections are rocky, but nothing moves about and you can fly along nicely. Then it’s a little more fire road into the finish and you go again.

Note to self: the altitude sucks more on the second lap. The second time at 2700m I did not feel any more acclimatised. Frankly it felt rougher horrible.

A blend of the both worlds

So was this just like a sky race in Europe? Yes and no. The course itself was really tough, with the altitude playing a large part of this and the technicality and the steepness on the uphills adding to the mix. The descending had elements of the rough Euro descents, but nothing too sustained (and I liked that).

The intermittent fire road sections gave a nice chance to regroup between the single track and you weren’t throwing your life into the hands of the trail gods for 1000m of downhill like it feels at some Skyraces. Okay, that’s a bit melodramatic, but I’m from London originally.

David Sinclair winning the 52km in his snazzy kneepads and ringing the bell they every jumps for at the finish.

Overall it was simply a brilliant experience. The trails, the community, the high levels of competitions and an insight into the trail running world across the pond.

Now time for another big race in the US. You might have heard of the Western States 100? Apparently that’s quite an exciting one too. Crewing, not racing this time though.