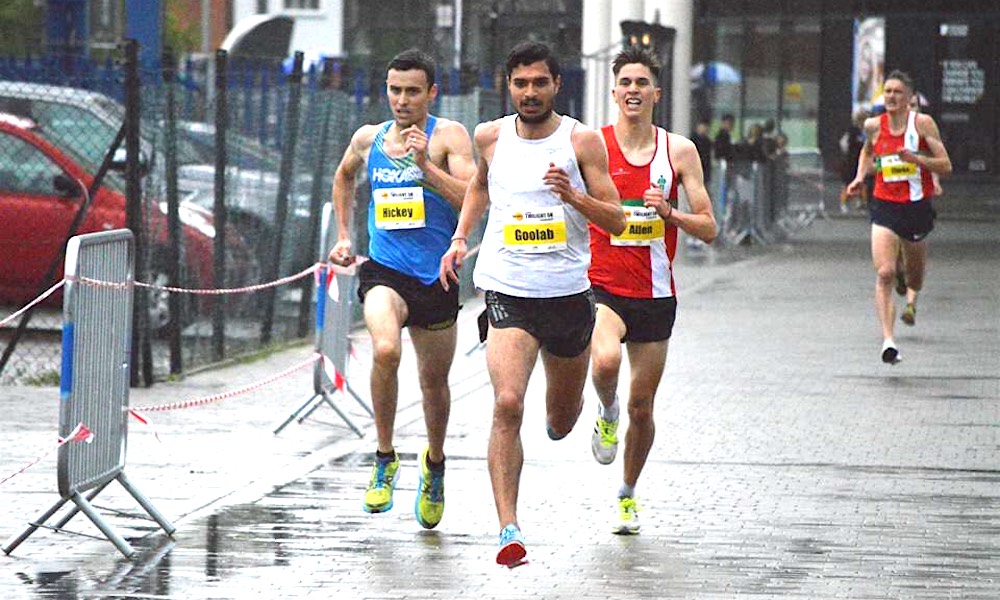 Nick Goolab clinched the men’s title at the Ipswitch 5k on Saturday evening (May 12) finishing just one-second ahead of England’s 5k champion as Faye Fullerton enjoyed a superb victory over Gemma Steel to bag the women’s honours.

Belgrave Harriers’ middle-distance athlete Goolab, who was racing in his first 5k on the road since 2012, clocked a lightning quick personal best 13:50 as he led home four men under 14 minutes on the new faster course that “removes many of the turns and elevation that runners experienced on the previous route”.

Aldershot’s Richard Allen, who was crowned England’s 5k champion a fortnight ago, was denied a second straight win over the distance but still clocked a fantastic PB of 13:51 slicing 16 seconds off his recent best.

English national cross country champion Adam Hickey completed the podium with a PB of 13:54, while Aldershot’s Adam Clarke completed the sub 14-minute men with, of course, another PB in a time of 13:57.

Shaftesbury Barnet’s Kieran Clements just missed out on the mark running a 14:00 PB to complete the top five men.

In the women’s race, Fullerton, who impressed in Valencia this year at the World Half Marathon Championships with a 73:56 PB, showed the speed is still there over the shorter distances clocking a 17 second PB as she powered to the women’s title in 16:01. The Havering AC athlete finished six seconds ahead of pre-race favourite Gemma Steel, who clocked 16:07 and settles for the runner-up spot for a second straight year in Ipswich.

Welsh runner Jade Williams of Amman Valley Harriers was on the heels of the 2014 European cross country champion and clocked a big PB of 16:08 to complete the women’s podium.

In total, four men went under 14 minutes, 12 under 15 minutes, and 11 women dipped under the 17 minute mark. The results can be found here.