Mo Farah calls on trademark sprint to win in Manchester 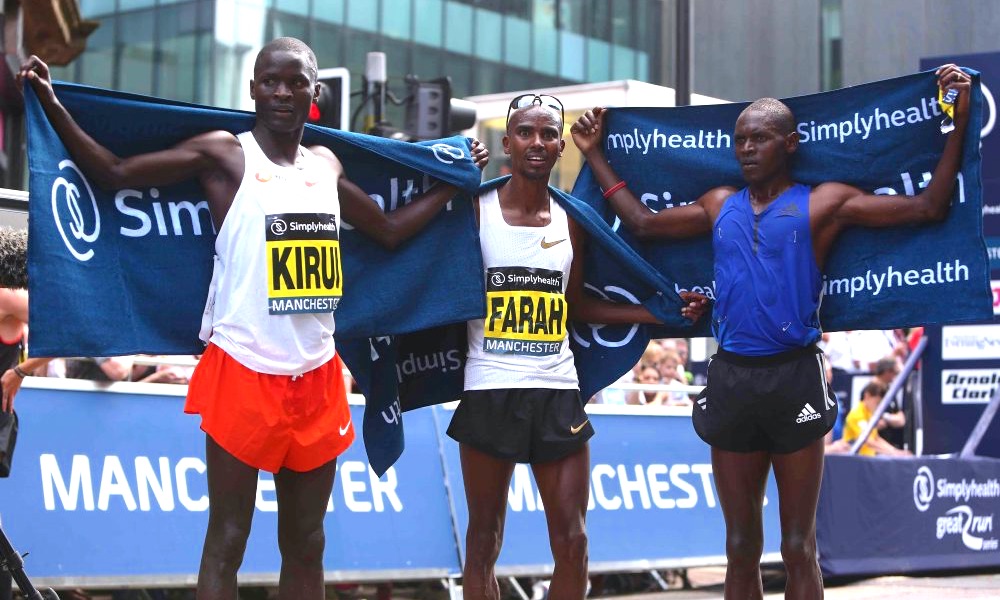 The British marathon champion and Tirunesh Dibaba claimed victories on a fine day for fast road running in Manchester.

Mo Farah, Abel Kirui Tirunesh Dibaba and Lily Partridge all returned to racing after their London Marathon efforts at the Great Manchester Run on Sunday (May 20).

The quartet competed in the 10k event, following the half marathon staged earlier in the day. British marathon record holder Farah used his superior kick in the men’s race to outsprint Uganda’s Moses Kipsiro to clinch a one-second win in 28:27.

Kenya’s Abel Kirui, who finished one place behind the British marathon record holder in London, completed the podium in 28:52.

The women’s race saw world record pace from Joyciline Jepkosgei early on, but the only woman to have broken 30 minutes for 10k on the road slowed to 9:15 by the 3k marker. Experienced Tirunesh Dibaba showed no ill signs from her London Marathon exertions and paced the race to a fine victory in 31:08.

Jepkosgei posted a time of 31:57 for second, followed home by Paris Marathon victor Betsy Saina in 32:25.

The first British woman home was Gemma Steel in 33:29 to finish seventh overall. Fresh from London marathon heroics Lily Partridge recovered from an early fall to clock 34:28 for ninth.

The half marathon race was won by Craig Pillsbury in a time of 73:58. Carly Needham of Rochdale Harriers was the first woman in a strong 79:30.