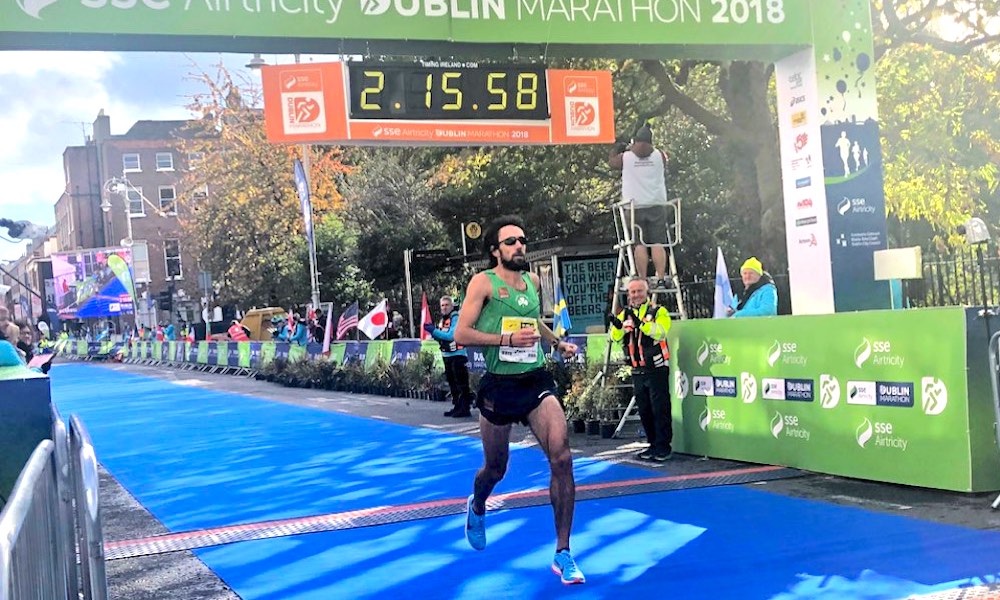 Ethiopia’s Asefa Bekele claimed victory in the men’s race at the SSE Airtricity Dublin Marathon on Sunday (October 28), while Mick Clohisey won the national title on his first outing in the Irish capital marathon.

It was the Olympian’s first appearance at the Dublin Marathon and comes after his personal best 2:14:55 at the Seville Marathon in February.

Mesera Dubiso completed an Ethiopian double in Dublin winning the women’s race in a time of 2:33:49.

Dubiso finished over 30 seconds ahead of compatriot Motu Gedefa, while Irish Olympian Lizzie Lee secured a top three spot after crossing the line in 2:35:05. Cork native Lee, who has a personal best of 2:32.51, has shown good form this season, setting a new personal best of 73:19 at the World Half Marathon Championships in March before winning the Women’s Mini Marathon for the first time in June.

Please note finishing times are unofficial and subject to change.