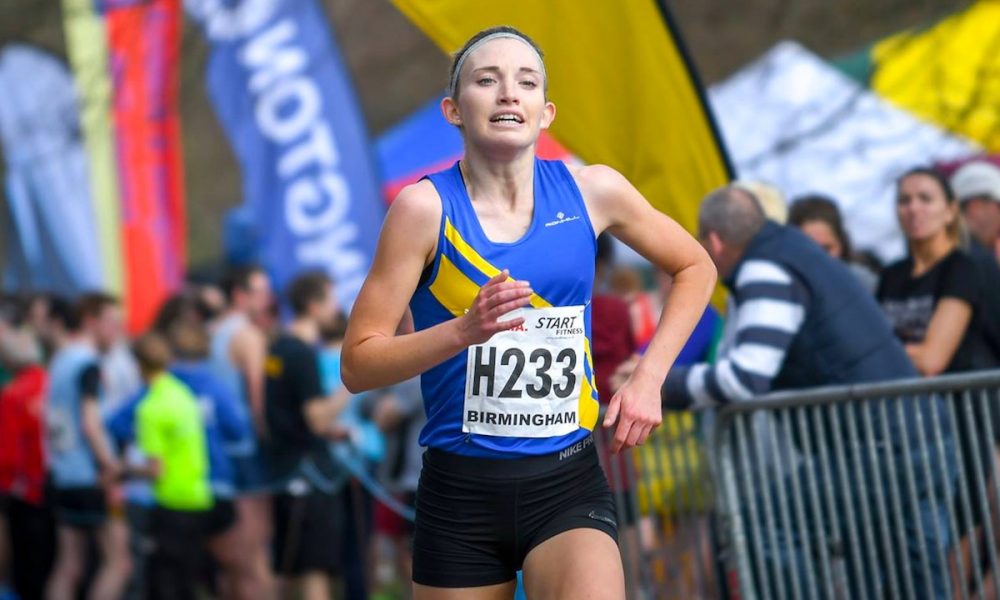 Following the Young Athletes’ 5k races, it was time for the women’s 6-stage and men’s 12-stage events, with Leeds City’s women storming to another title, while Tonbridge’s men sealed a historic win on a sunny day at Sutton Park for the ERRA National Road Relays.

It was Thames Valley who led the women’s race initially with Ann Marie McGlynn running the long leg in 29:39 ahead of Fife AC’s Stephie Pennycook and Leeds City’s Claire Duck, before Julia Paternain took over for Cambridge & Coleridge in the second leg with Leeds next.

The ordering of the top two stayed the same until Stevie Stockton ran the second fastest leg of the day in 29:22 to put Leeds in front and on course to successfully defend their title. With two further strong legs from Alice Leake and Lucy Crookes, the Yorkshire club sealed another gold by almost three minutes.

Cambridge & Coleridge took silver with Julia Paternain their top performer running the fastest short leg of the day in 17:02.

Rotherham Harriers came through to clinch bronze 23 seconds ahead of Highgate Harriers, thanks to strong runs from Hayley Carruthers and Nicola Devine.

Thames Valley’s Tracy Barlow, who competed in the marathon at London 2017, ran the fastest long leg in 29:07. Highgate Harriers were never too far away and Andy Maud put them in front on leg five, before Alex Crossland maintained the position. However, Alasdair Kinloch and Ossama Meslek, with the second fastest short leg of the day, narrowed the gap for Tonbridge and Leeds.

Maximilian Nicholls put Tonbridge in front on leg seven and from that point the top two positions didn’t alter, with strong performances from Kieran Reilly and his teammates to hold on and win the club’s first National 12-stage title.

It says a lot about the strength of the Tonbridge team overall, with only one runner in the top 10 in both the short and long legs.

Highgate Harriers claimed the men’s silver medal with Robert Wilson leading them home in 15:54, finishing over a minute behind the winners.

With a number of notable runners absent it was always going to be an uphill task for the Swansea Harriers men to retain their title and the club did well to finish in third place.

After disputes last year over the Welsh team Swansea’s victory, the organisers decided to award medals to the first three teams overall and first three English teams, with Leeds City led home by Nick Hooker to the English bronze.

Despite the fine running that was on display, the day’s atmosphere was dampened by the mass start for the final leg, where only four teams made it past the cut-off. At that stage, Kent and Lincoln Wellington had every chance of chasing down Leeds for the third English medal but were forced to stop and wait for the mass start.

Following the day’s action runners were quick to take to social media and vent their anger and frustration with the race officials.

Following his comeback win at the BUCS Cross Country Championships and the quickest time at parkrun since 2012, Alex Yee ran the fastest long leg of the day in the men’s 12-stage.

The Kent AC athlete clocked 24:55, which is the fastest time in recent years, to move his club from 18th to sixth in the seventh leg, a position the club finished overall, having clocked the same time as Lincoln Wellington in fifth.

Full results from the women’s 6-stage can be found here and the men’s 12-stage here.

Worcester AC’s George Beardmore won the U17 men’s race in 16:19, with Aldershot’s Katriona Brown taking the women’s title in 19:50.

In the U15 races, Aldershot’s Ryan Martin in 16:41 and Tonbridge’s Katie Goodge in 19:05 enjoyed victories, with Aldershot taking both team titles.