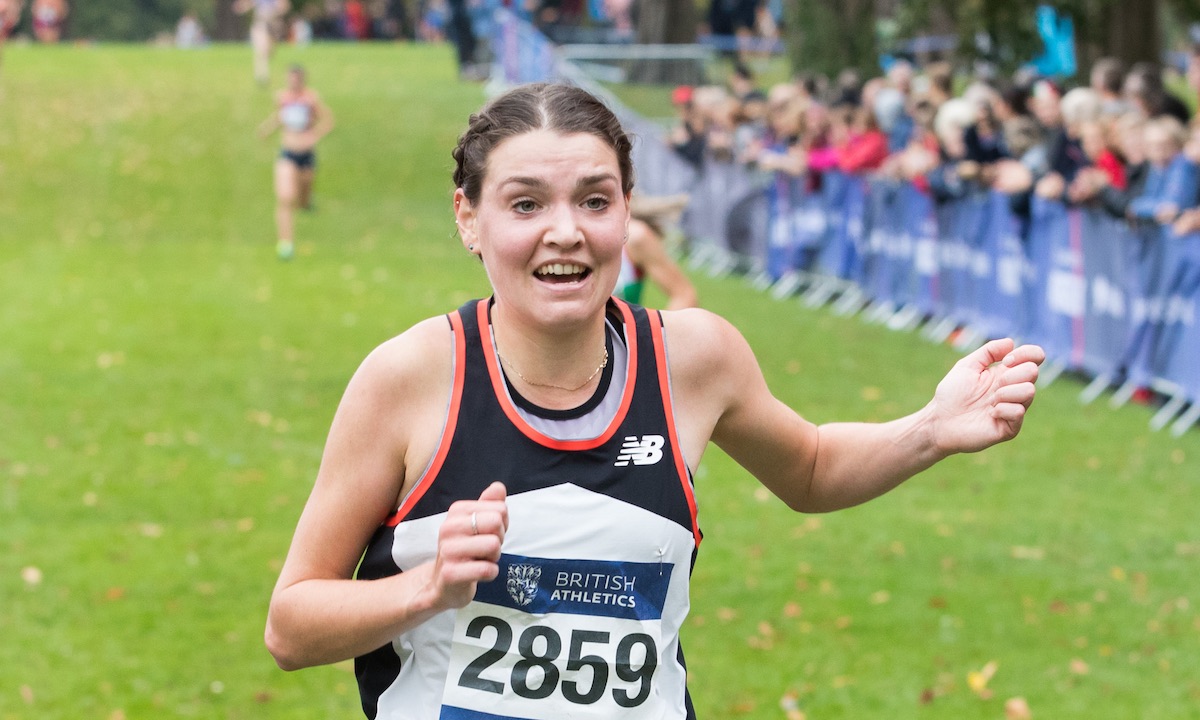 Duo claim the senior titles at Teardrop Lakes as Khahisa Mhlanga and Matt Willis win the U20 races.

Kate Avery and Mahamed Mahamed won the senior races in the second fixture of the British Athletics Cross Challenge series at Teardrop Lakes in Milton Keynes on Saturday (November 10).

Avery continued her impressive start to the cross country season as she claimed victory in a tightly contested senior women’s race ahead of Jessica Piasecki and Jess Judd.

The multiple time European cross country medalist crossed the finish line of the 5650m course in 18:14, five seconds ahead of Stockport Harriers’ Piasecki, who was competing in her first cross country race since 2013.

Avery was also the first British athlete at the Cross Challenge series opener in Cardiff last month, and can now confidently look ahead to the GB team trials for the European Championships in Liverpool in two weeks time.

“I’m over the moon with that,” said a delighted Avery after her win. “Training has been going much better since the race in Cardiff and I wanted to be really strong and didn’t want it to be a slow pace from the start, so I tried to push it on a bit.

“It slowed down again but I picked it up at the end when it mattered. It’s a little shorter than Liverpool and Europeans will be which is what helped make it so close but it was still tough.

“Over the last two to three years, I doubted whether this would be possible to run like I have been this season. I doubted I’d get back to winning but I’d be over the moon to make the team for the European Cross.

“You question yourself when you’re not seeing the improvements that you’d like but since the end of the track season, I’ve turned such a big corner and to win here is amazing.”

In the senior men’s race, it was a repeat of 12 months ago with Southampton’s Mahamed securing the win in slippery conditions following a torrential downpour. Matt Willis won the men’s under-20 honours in his first race of the season. The Wrexham AAC athlete, who was the first placed British athlete at the European Cross Country Championships last December, crossed the finish line in 16:50 ahead of Southampton’s Zak Mahamed.

After finishing as the runner-up in Cardiff, Khahisa Mhlanga returned to the top of the podium with a commanding win in the women’s under-20 race.

Finishing second and also first under-17 was Charlotte Alexander of Herne Hill Harriers ahead of Camberley & District’s Charlotte Dannatt.

Next up for the UK’s best cross country runners is the third fixture of the Cross Challenge series, which incorporates the GB team trials for the European Cross Country Championships, at Sefton Park in Liverpool on November 24.